At once prompts for their reader’s affective devotion and expressions of their author’s personal piety, the Latin Prayers and Meditations of St. Anselm of Canterbury (d. 1109) are among the most important artifacts of England’s literary history. Richard Southern emphasized their “intensity of expression” (91), while Rosemary Woolf noted that, among readers of English religious poetry, Anselm’s name was “valued for its authority” as highly as St. Augustine’s (378). Indeed, St. Anselm had such authoritative appeal in the later Middle Ages that similar works by other eleventh- and twelfth-century writers were often attributed to him, and recent scholarship (especially by Sarah McNamer) on the influence of this material in later medieval England has focused on recovering the importance of this pseudo-Anselmian writing for Middle English lyric poetry. Yet some signs do survive attesting to the direct influence of Anselm’s authentic writings—or at least of Middle English translators’ attempts at cultivating such influence. British Library MS Harley 535, for example, preserves a unique series of prose translations of his Latin devotional texts, recently described by Evelien Hauwaerts. 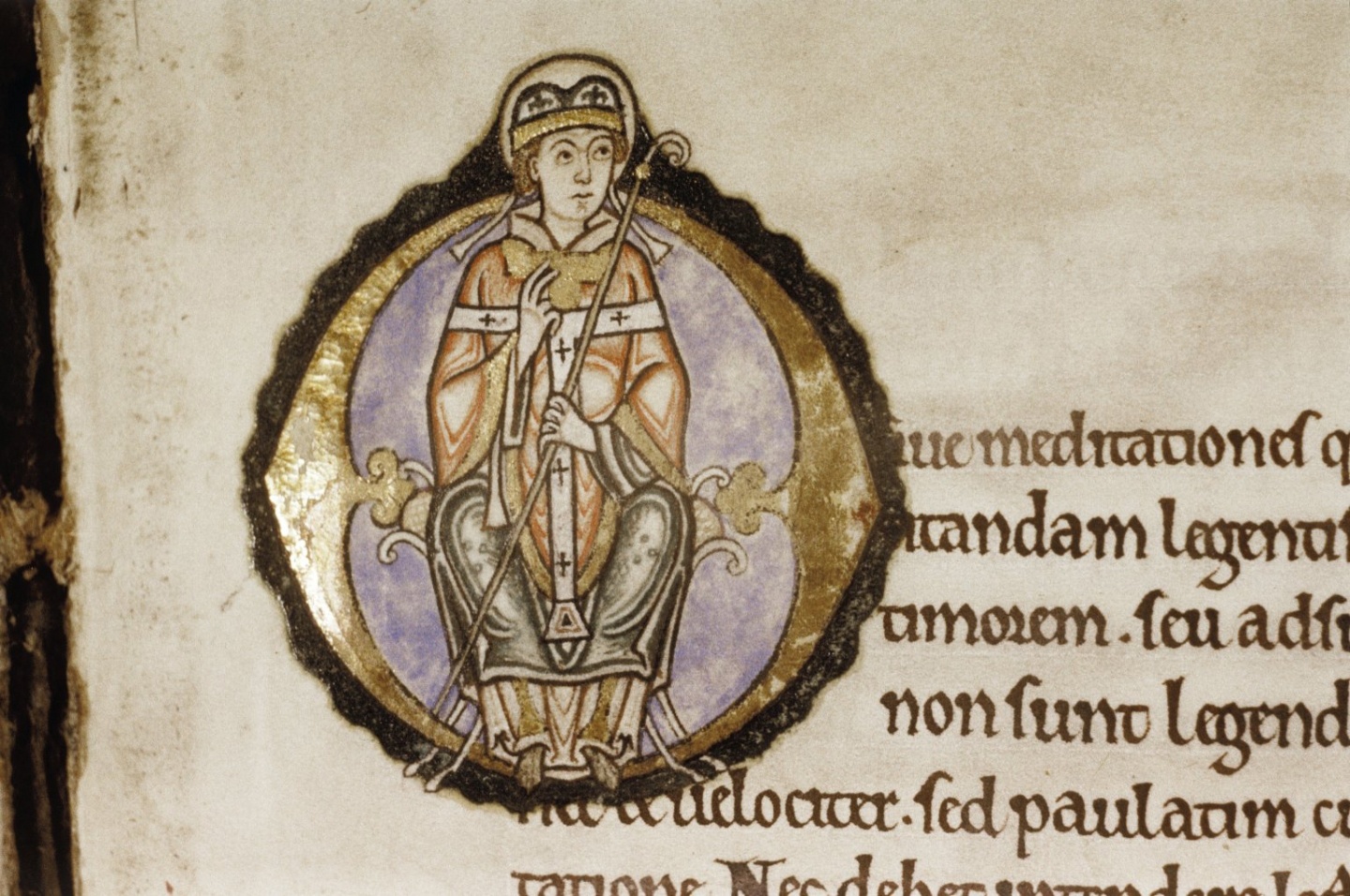 Likewise, and more directly pertinent to the field of Middle English religious poetry, one of his meditations was translated into verse, preserved uniquely (and incompletely) in Philadelphia, University of Pennsylvania MS Codex 196 (formerly MS English 1). In this poem (DIMEV 6291), in many ways comparable to the “Lamentation of St. Mary” attributed to St. Bernard of Clairvaux (d. 1153) in the Vernon manuscript (discussed by C. W. Marx), fifteenth-century English readers are presented both with Anselm as an authoritative figure (described in the translator’s original poetic prologue) and with a poetic adaptation of the text of one of Anselm’s laments—a text which the reader could perform for him or herself.

This poem has remained undiscussed since Bruce Dickens’s cursory treatment of the whole manuscript (published between the wars, when the book was still in private hands), and this is the first time that its text has been edited and made available in full. The work of preparing this edition was undertaken by students in my advanced seminar on Middle English lyric poetry in the Fall semester of 2017. Students first learned how to read fifteenth-century English scripts, and they then carefully prepared a transcription of the Penn manuscript, working from high-resolution reproductions and recording the text letter-for-letter. Next, they had to edit their transcription, consulting the Middle English Dictionary to decide on the meaning of obscure words and, in light of this research, deciding on its punctuation and capitalization (and, in just a couple of cases, needed emendations). As will be clear in the facsimile, this portion of the manuscript has been damaged such that several passages are no longer legible to the naked eye, and for these words and phrases students consulted high-contrast renderings and multispectral and ultraviolet images (samples of which are given in the edition’s “hot spots”). After the edited text was completed, students annotated it in TEI markup language, preparing it for display in the present digital edition.

The class’s edition strikes a balance between the norms of Middle English textual editing and the capabilities of the software used to render the digital edition. Punctuation and capitalization have, for example, been standardized in both the “Diplomatic” and “Interpretive” views (imprecise descriptors inherited from the EVT software), while the former preserves abbreviation marks and the latter expands abbreviated material, rendering it in italics. The two views have also presented the opportunity to preserve the scribe’s spacing of words: as is typical in later medieval English writing, prefixes (e.g., un-, in-, a-) tend to pull away from the words they modify. The “Interpretative” view will, consequently, be the easiest way to access the edited text, while the “Diplomatic” version will preserve many of the challenging details of Middle English scribal practice with which the students gained familiarity (and, it must be said, confidence and even expertise). Further conventions are described in the edition itself: see the "Info" tab after following the link below.

Students in the course worked hard and earned their top grades on this assignment. They are: Claire Alderson, Dillon Bishop, Julia Camp, Katherine Devney, Emily Garrett, Grace Holt, Nicole Jozefiak, Zack Klein, David Menchaca, Kathy Millar, Jessica Phillips, Daniel Rothschild, Chelsea Runacres, Tiana Sanchez, and Emily Wood. As a class, we must also thank Ian Green for generating high contrast images of the manuscript, and Dot Porter (at the Univ. of Pennsylvania Library) for supplying the multispectral and UV images of sections that remained difficult to decipher, as well as permission to reproduce the images from OPenn in the facing-page facsimile. Ever brilliant, ever generous, Gina Hurley (Yale Univ.) provided invaluable guidance in the preparation of the TEI file. And the support of Elizabeth Poff at Trinity Univ. Library was crucial to getting the website finalized.