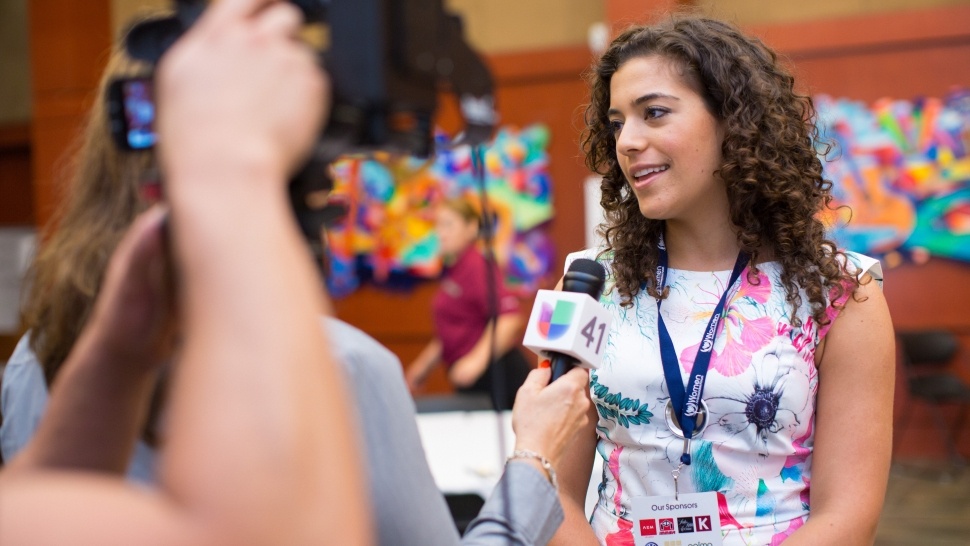 Afforded the opportunity to interview Ingrid Harb ’16, it was assumed we had a sole commonality—a Trinity University degree, albeit years apart. However, our enlightening conversations unleashed a series of foundational pillars that not only put Trinity in a powerful light, but also magnified the potential of Tiger student confidence. Much as Trinity contributed to Ingrid’s entrepreneurial triumph, she contributed to Trinity’s platform for empowerment. As if the mutual benefits were all part of the formula, Ingrid harnessed the offerings of Trinity by taking the reins into her own hands; the ripple effect has been magical!

Resonating throughout the conversations were the ingredients that ultimately ignited her groundwork for the now influential and impactful Women Ambassadors Forum. These ingredients were threaded amidst the exuberance; in listening to her background, anecdotes, praise, and genuine appreciation, the clarity emerged. The confluence of Ingrid, Trinity University, and the Women Ambassadors Forum can best be summarized by a timely merge of celebrations, connections, and encouragement.

Ingrid and I both wholeheartedly agree that Trinity celebrates people. From the initial interview and campus tour to the center stage graduation, Trinity embraces the character, hopes, and values of its students, propelled by the celebrated staff. Ingrid so eloquently stated that Trinity made her feel alive! It’s that kind of fiery embedded spirit that ignited her mission and purpose for the Women Ambassadors Forum; she adopted an entrepreneurial mindset from day one. Immersing herself in athletics (cross country), volunteer efforts (spirit committee, student government), and sorority life (Spurs) were just a few of the ways she celebrated her love for Trinity and her appreciation for the ongoing extension of opportunities from the university.

Connections with Trinity and its voluminous network is a long-standing pillar of strength that students such as Ingrid and myself welcomed over the years. In fact, we acknowledged that it wouldn’t be far-fetched to say that aside from our academic focuses, we also minored in a particular professor; I with John McGrath, Ph.D., in the Department of Human Communication and Theatre, and she with Carey Latimore, Ph.D., in the Department of History. She credits her connection with Latimore as a key ingredient to her success both during and after her Trinity years. Like many other Tiger faculty, Latimore believed in her, believed in her ideas and supported her enthusiasm for the Forum. With his guidance and faith, she began to embrace the empowerment of who she was and where she could go with her determined spirit. Building connections with professors, students, and staff at Trinity made her feel alive and served as a constant reminder to stay in motion towards dreams and goals. 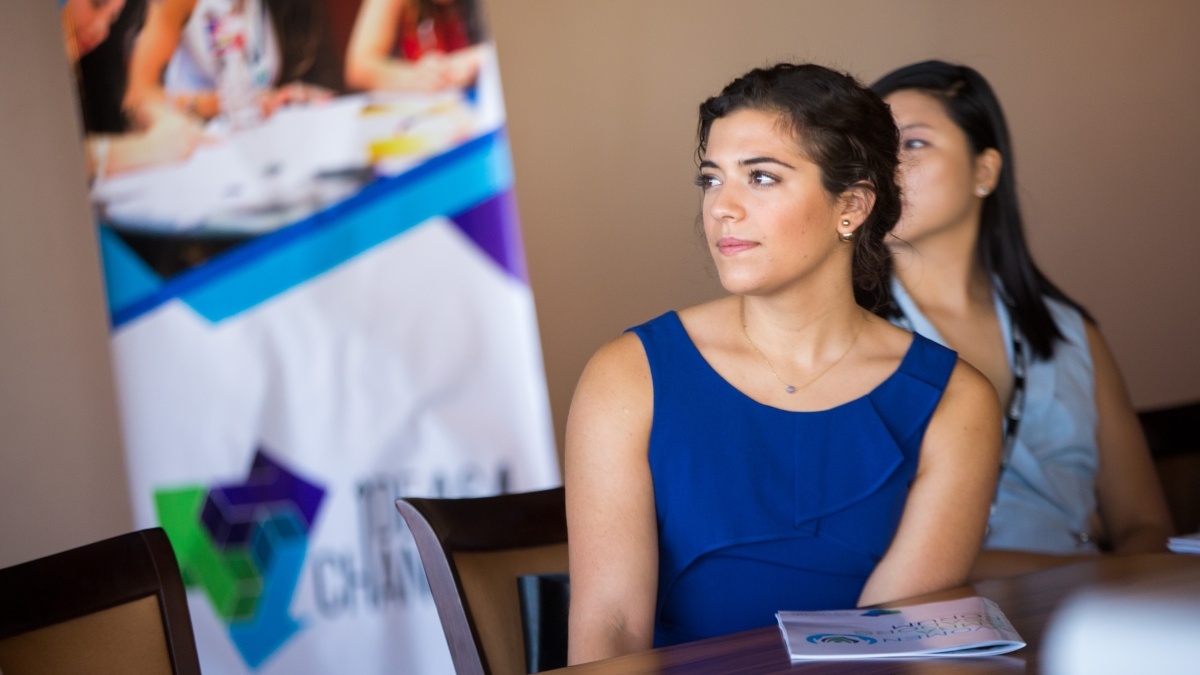 Trinity prepares students for life; people and opportunities instill confidence and develop students with a can-do mindset which Ingrid described as “empowering and powerful.” Ingrid also added that as a Tiger she always knew there were attainable possibilities in her path, and she never felt alone in her thinking as she confidently imagined those possibilities turning to reality. While celebrations and connections ignited her spirit and zest for life, the encouragement from Trinity was matched by the encouragement from her family, specifically her mom. She is grateful for her mom’s optimism and encouragement to call Trinity home after her high school experience at St. Stephen’s Episcopal School in Austin, Texas. Her mom’s dynamic and influential support put Trinity on the map; Ingrid followed the lead. But as is true of Trinity culture, Trinity also gave Ingrid a chance. A mutually beneficial relationship fueled by encouragement, it paves the way for student and university success time and time again.

Harnessing Trinity’s reins of empowerment grounded in celebrations, connections and encouragement, Ingrid brought the Women Ambassadors Forum (WAF) to life. While a student at Trinity, she envisioned a global, diverse network of female global change makers who are influenced so positively that it ignites greater change throughout the world. With an acquired entrepreneurial mindset, she acted upon her desire. Today, more than 200 leaders from more than 150 countries share a common vision of leadership and the WAF assures that each ambassador has the necessary tools to excel and generate a ripple effect not only in their respective communities but also worldwide. 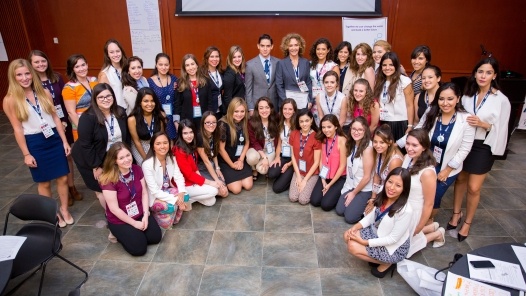 Young WAF leaders, called Ambassadors, are women who harness fierce, yet humbling leadership, who have an unwavering passion for change in their communities, and who tap into their own personal diverse backgrounds to inform and educate as entrepreneurs, advocates, and activists. Ingrid starts the journey for each young woman by believing in their power. “All women need is one chance to know they can change the world,” she says.

In May, the WAF successfully hosted the First Generation Activist Forum; the mission of the Forum was to provide “a clear path of how you can incorporate activism into your daily life.” Successfully, numerous speakers virtually offered their wisdom on topics such as “The Power of Believing in Yourself: Overcoming Your Self-Limiting Beliefs,” “Social Enterprise: Building a Business that Supports Your Activism,” and “The Difference Between an Advocate and an Activist.” Each year, Ingrid organizes and gathers women to teach them new and inclusive ways of leading, be it in their companies or in their communities—or both! Companies and leaders are afforded an opportunity to tap into a global perspective while also gaining an inclusive lens.

But the annual forum is just one slice of the larger pie Ingrid is globally serving. In the last 5 years, 150 countries have benefitted from her inspiration and her ability to make that empowering fire contagious. The initiatives within her realm are numerous; most important, they are meaningful and infectious. Nota Inclusion is a consulting agency that offers strategic solutions to increase employee fulfillment and company productivity through inclusion and diversity initiatives, conferences, and out of the box thinking. Coding for Change is a unique course designed to empower teenagers to make a change. Over the spread of five weeks, teenagers are taught how to build and design their own advocacy or personal branding website. Creative, passionate teenagers who want to make a change in the world reap the benefits! Additionally, the Aligned Creative Agency is a marketing agency that primarily focuses on design and marketing aid for startups or diversity and inclusion companies.

It is safe to say that as you are reading this article, Ingrid has already launched new initiatives, networks, and products that are changing the lives of women around the world. The celebrations, connections, and encouragement harnessed at Trinity, combined with Ingrid’s animated spirit and vision for the Forum have forged a boundless ripple effect of new female change makers and leaders who have the tools and confidence to positively impact the world.

For more information on the Women Ambassadors Forum, visit www.womenaf.org.

Joy Rosser graduated from Trinity in 1994 with a major in humanities and a minor in speech communication. She has been an educator for more than 25 years, and resides in Kennett Square, Pennsylvania with her husband, daughter, and son (Trinity Class of 2022).