Family away from home.

Trinity University has seven local sororities and seven local fraternities that were all founded by Trinity Students. The Greek system at Trinity is full of a rich history that dates back more than 75 years.

Membership in a social fraternity or sorority is an enriching experience that offers: 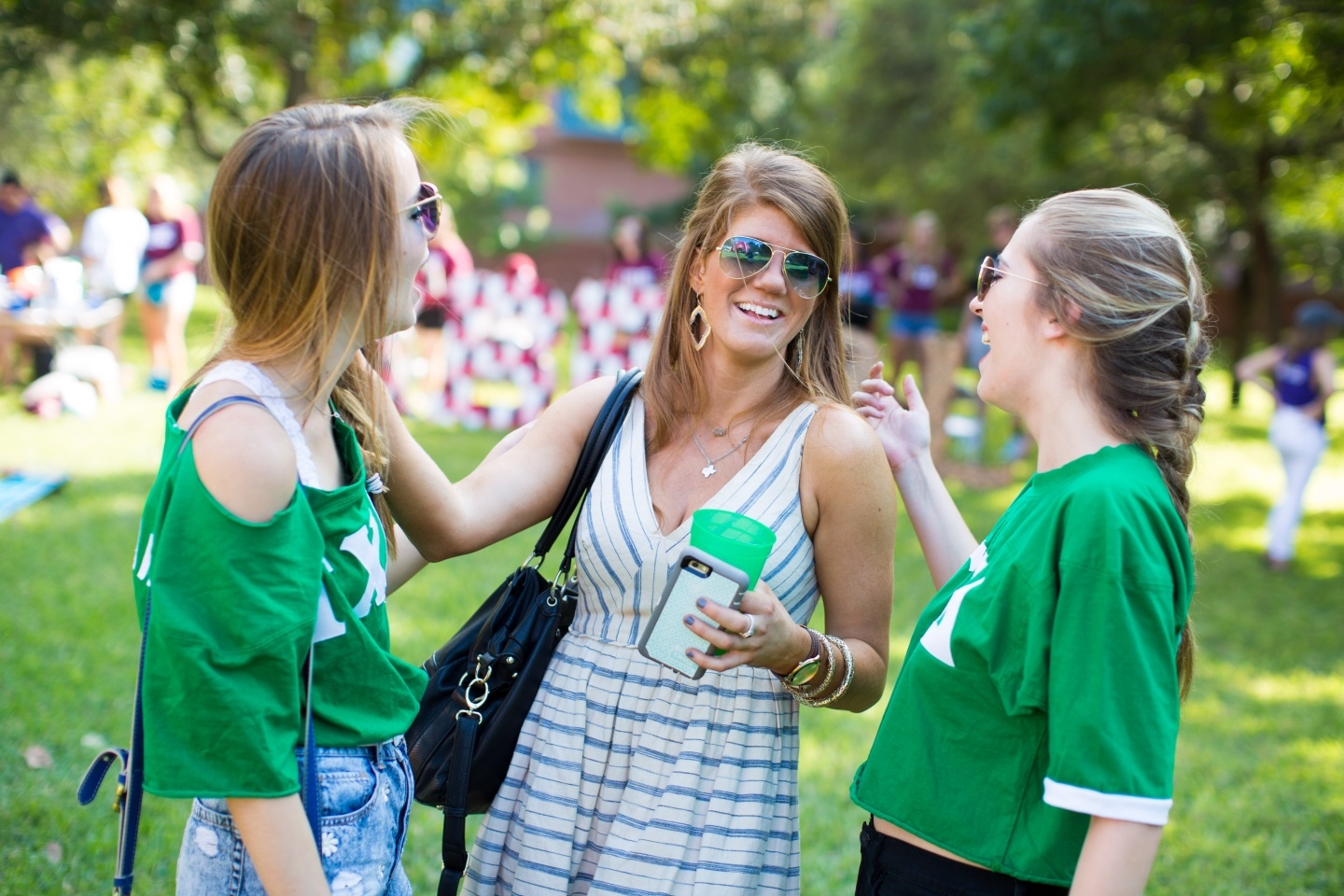 Trinity has a deferred rush and new member orientation period, which helps students first adjust to Trinity’s rigorous academic life before they get involved in Greek life.

In order to join a social fraternity or sorority, first-year students must:

Transfer students must have at least a sophomore standing to join a fraternity or sorority. The deferred rush system not only helps students focus on academics as they begin college, but also allows the students to meet the various Greek organizations without feeling pressure to commit right away.

All New Member Orientation programs are governed by several University and Greek Council policies, including for example:

Orientation calendars are reviewed and approved by the Student Involvement Office. Check-ins with club presidents and new members occur routinely throughout the semester.

The purpose of Orientation is to educate new members about their fraternity or sorority and to bond the new members with the entire club, not to create unequal power differentials within the organization. As such, there is zero tolerance for hazing or for violations of other University and Greek Council policies.

Students are expected to maintain a GPA at or above a 2.3 to remain in good standing with the Fraternity & Sorority Life office. As a member of the FSL community, active members routinely participate in events that align with the four pillars of Greek Life: Scholarship, Service, Leadership, and Camaraderie. These include:

Encourage your student to keep an open mind.

Students may hold different stereotypes about certain organizations or Greek life in general.

Encouraging your student to get to know fraternity and sorority members on an individual level is the best way to help them decide if they want to be involved with Greek Life.

Students need your support throughout the process of recruitment and New Member Orientation. Be supportive and learn as much as you can about the community by asking questions of your student as they meet members in fraternities or sororities.

Discuss finances with your student.

Have a conversation about the financial obligations of fraternity or sorority membership before your student joins an organization.

Because the organizations at Trinity are local, their dues are relatively inexpensive compared to national fraternities and sororities. Semester dues range from $200 to $400.

Affirm your student if things don’t go as planned.

An inherent aspect of fraternity and sorority recruitment is that it is a selective process. With that in mind, there is a chance your student will not receive a bid.

However, every year we have several sophomores and juniors join the Fraternity and Sorority Life community who did not receive a bid their first year.

The staff of Student Involvement is here to help with any questions or concerns you may have about Greek Life at Trinity.

In addition to the Fraternity and Sorority Life Staff, you may also contact the fraternity and sorority faculty and alumni advisers unique to your student’s organization.