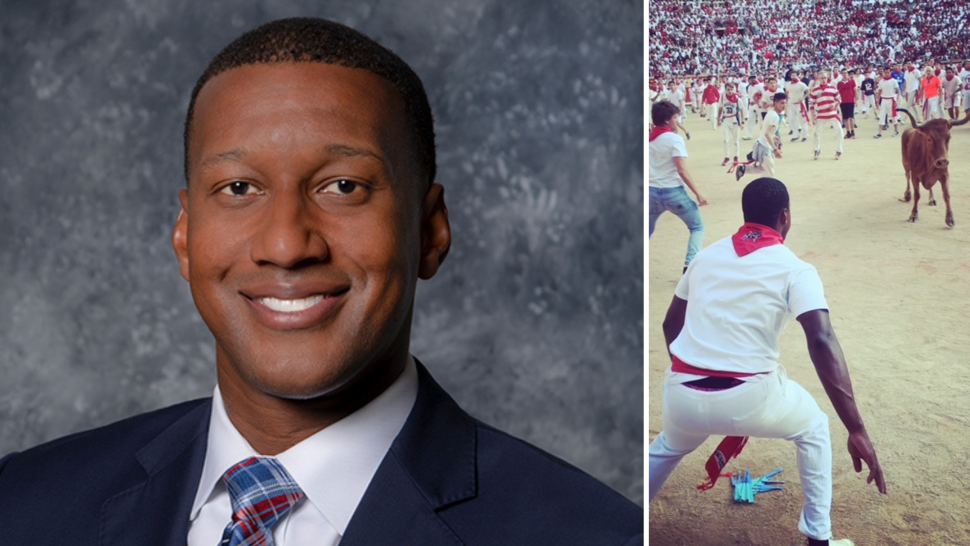 Houston, We Have a... Challenge
A love of people and adventures keep Charles Houston ’09 in San Antonio
Hawes Spencer ’88
Thursday, July 29, 2021

One member of the Class of 2009 has run with the bulls in Spain, boxed with a stranger in Thailand, and—most recently—run the length of two marathons through the streets of San Antonio wearing a leopard-print onesie.

Banker Charles Houston ’09, who serves on the Trinity University Alumni Association Board, is energetic, optimistic, and "infuriatingly" competent, according to fellow Trinitonian David Shank ’06.

"Chuck's just not the guy who thinks about quitting," David says. "Challenges excite him."

A recent challenge saw the two men emulating self-improvement guru David Goggins by running 48 miles in 48 hours. On a Friday night in March, these former Phi Sigma Chi brothers would run four hours at a stretch, and then try to catch a little sleep.

"He was the one hopping out of bed and keeping it positive," recalls David, who says the effort raised $10,000 for the San Antonio Food Bank.

Counting money dates back to his Trinity accounting major, and Charles credits former department chair Petrea Sandlin for preparing him for both an internship with Price Waterhouse Coopers and his first job: performing internal audits for an international insurance company that sent him to New York, Chicago, California, London, and Bermuda.

"I enjoy adventure, I enjoy traveling, and I will never turn down a fun time," Charles says. "I can make a friend in a day."

But there are limits.

"Living out of a suitcase, I really enjoyed that—until I didn't. I had very little structure on top of missing birthdays, weddings, and other important events to me at that age."  Tasked with spotting problems inside the company, Charles started feeling like the bad guy—and not just when colleagues would quote the ill-fated Apollo 13 mission: "Houston, we have a problem."

He then moved to the city of Houston to run projections for the sales team at a software company.

"I realized that sales guys have a lot of fun," Charles says. "They're out there building relationships, and they're kinda the face of the company."

So, he returned to San Antonio to join Frost Bank making business loans.

"I realized that really fits my personality—helping people, engaging with people, and helping them figure out how to move forward."

Today, Charles is a vice president with Broadway Bank, where in a recent Zoom interview, his office—at the corner of 410 and Nacogdoches—appears starkly unadorned. Charles seems to prioritize out-of-office action, which, within hours of our interview, would include a client lunch, a happy hour, and a round of golf.

Out at the Quarry Golf Course recently, Charles bumped into his Trinity basketball coach, the recently retired Pat Cunningham.

"Chuck was a coach's dream," says Cunningham, who credits Charles as key to the 2009 team reaching the NCAA Division III tournament and winning the SCAC championship. "We could put him on the best opponent, and he did the little things—rebounding, blocking out, and making the extra pass—just a really good teammate." 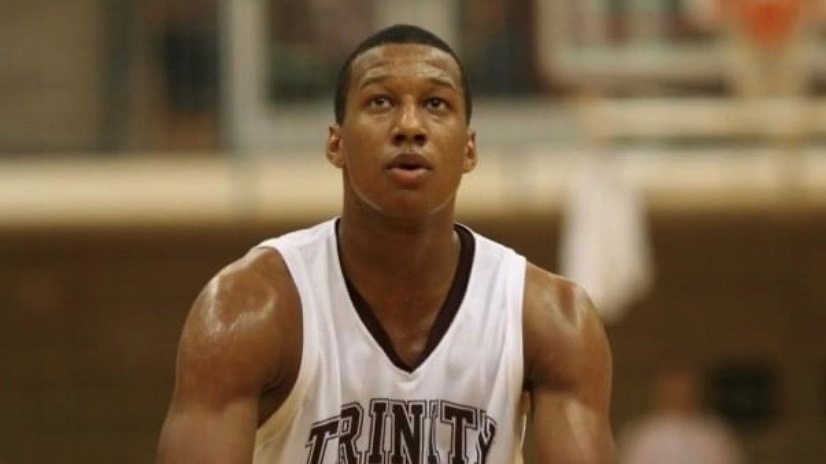 Charles sees Cunningham as a "great mentor and leader" at Trinity, where his most serendipitous class was an urban studies elective taught by Christine Drennon, Ph.D., who sent students onto public buses to explore San Antonio's diversity. Charles, who is Black, remarks that he's "somebody who doesn't look like a lot of students at Trinity." He lauds the University's recent diversity initiatives and cherishes his Trinity connections, which include speaking at a recent financial planning discussion for young alumni. His community efforts include the executive council of the North San Antonio Chamber of Commerce and the board of student mentorship group City Year San Antonio.

Growing up less than an hour to the northeast in Seguin, Charles didn't have siblings. But he did have a mother so doting that she switched jobs to attend his basketball games in high school. There, his advanced coursework and No. 7 class ranking gave him a solid shot at Trinity solely on academics, but this eventual Seguin Sports Hall of Famer says he was so fixated on basketball that he almost chose the University of the Incarnate Word because it then had a Division II program.

"And I talked to a few people, and they were like, 'You'd be an idiot if you passed up the opportunity to go to Trinity,'" he says. "I am very blessed and glad that I listened."

Hawes Spencer ’88 lives, writes, and teaches in Charlottesville, Virginia, a city whose racial violence he detailed in his book, Summer of Hate.