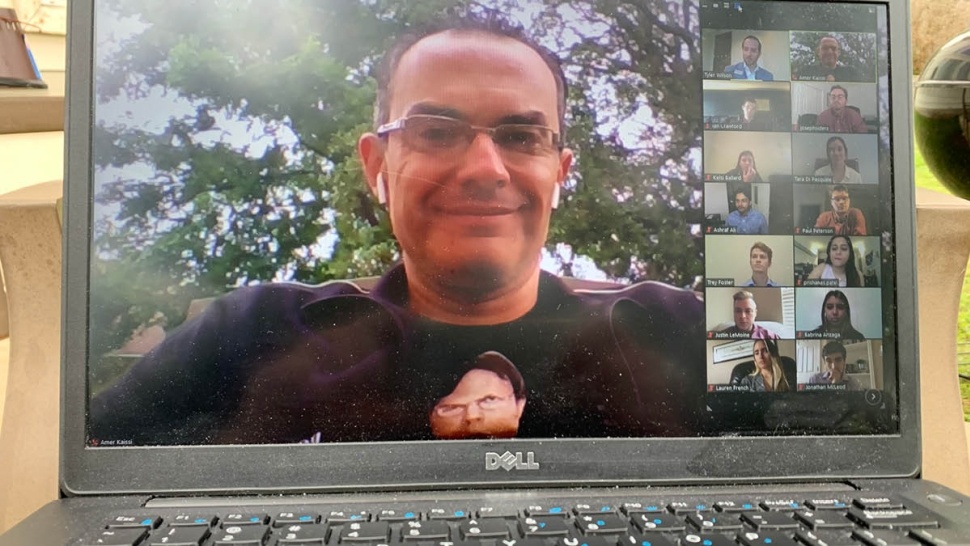 Leading Through Crises with Humility and Strength
Lessons from New Zealand
Amer Kaissi
Thursday, May 14, 2020

One year ago, in the small town of Christchurch, New Zealand, a terrorist drove to a mosque and started shooting worshippers while live streaming the attack on Facebook. He then continued the shooting spree at a nearby Islamic Centre and ended up killing a total of 51 people while injuring 49 others. New Zealand and the world were shocked. A few hours after the attacks, Jacinda Ardern, the young prime minister of New Zealand, responded with a tweet that was shared millions of times around the world: “What has happened in Christchurch is an extraordinary act of unprecedented violence. It has no place in New Zealand. Many of those affected will be members of our migrant communities—New Zealand is their home—they are us.” In those difficult times, she wanted to send a message of inclusiveness to the victims and their families. And nothing could have been more inclusive than “they are us.”

The following few days after the attack, Ardern made several appearances in the neighborhoods affected by the shootings. Modestly dressed in a black headscarf, she showed genuine grief, empathy, and humility. She hugged people, she held their hands, and she told them that she supported them. The community responded with overwhelming admiration for the young leader. But Ardern was careful not to make the tragic occasion about herself: At memorial services, she didn’t speak more than she needed to and instead allowed the survivors, the victims’ families, and local imams to dialogue and grieve. The most-shared image of her during that time period was not of her addressing a large crowd; rather it was an image of her appearing heartbroken as she looked out a window during a private meeting with mourners. While Jacinda Arden’s humility, compassion, and inclusiveness were praised all around the world, it was her subsequent actions that taught us valuable lessons in leadership.

First, she addressed the terrorist with stern words: “You may have chosen us, but we utterly reject and condemn you.” In a speech later at the parliament, she refused to say his name, explaining that she didn’t want to give him the notoriety that he most sought. “He is a terrorist; he is a criminal; he is an extremist. But he will, when I speak, be nameless,” she announced. Before long, she went after Facebook and other social media platforms, asking them to put policies in place to take responsibility for the hateful content posted on their pages. But her biggest achievement was passing a sweeping change to New Zealand’s gun laws in which she banned all assault rifles and military-style semi-automatic weapons. Remarkably, the bill was passed only six days after the attacks took place.

For the citizens of New Zealand, Jacinda Ardern’s perfect balance of humility and strength made her an instant hero. A woman who was interviewed at the time captured the nation’s collective emotions: “Jacinda has been a beacon of hope in New Zealand’s darkest time. She’s behaved with such compassion, strength and integrity. I’ve never felt prouder to be a New Zealander. I think all Kiwis feel the same.”

The Christchurch attacks were a tragic—but perfect—time for the young leader to show her leadership style. Less than a year later, COVID-19 presented another major test for her, and from the look of things, she is passing it with flying colors. Strength and decisiveness were clear again when New Zealand immediately banned travelers from China in early February before it even had a single case of coronavirus. It then implemented a national lockdown and closed its borders to all nonresidents, long before other countries did. The goal was not to flatten the curve of the virus—it was to eliminate it all together from New Zealand!

Humility and compassion are abundant in her frequent Facebook live chats where she is both authentic and reassuring. An amazing 88 percent of Kiwis trust the government to make the right decisions about addressing the crisis. And the government has delivered on that trust: As of late April, New Zealand had 1,107 cases of coronavirus, out of which 1,006 had recovered, and only 13 deaths had been registered in a country of 5 million people.

The idea that humility and compassion are soft traits that cannot be combined with strength and determination has been shattered by Jacinda Ardern and her leadership approach after Christchurch and during COVID-19. She noted publicly, long before 2019: “One of the criticisms I've faced over the years is that I'm not aggressive enough or assertive enough, or maybe somehow, because I'm empathetic, it means I'm weak. I totally rebel against that. I refuse to believe that you cannot be both compassionate and strong.”

Amer Kaissi, Ph.D., is a professor of health care administration at Trinity University and the author of the award-winning book Intangibles, which shows through research and evidence that leaders that combine humility and strength attain high performance.