Lisa Jasinski, special assistant to the vice president of Academic Affairs at Trinity University, was selected to be a 2021-22 American Council on Education (ACE) Fellow and is spending 12 weeks throughout the current academic year at the University of New Mexico. 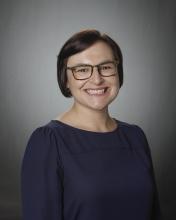 Since its inception in 1965, the ACE Fellows Program has aimed to strengthen emerging leaders in institutions of higher education. Of the Fellows who have participated to date, more than 80% have gone on after their fellowship to serve as chief executive officers, chief academic officers, other cabinet-level positions, and deans.

Some of the other Fellows Trinity has nominated in the past include classical studies professor Thomas E. Jenkins, Ph.D., former economics professor Jorge Gonzalez, Ph.D., and former chemistry professor and assistant vice president for special projects Steven Bacharach, Ph.D. After his ACE fellowship in the 2015–16 academic year, Jenkins became the director of the Collaborative for Learning and Teaching at Trinity. After their respective ACE fellowships during the 2007–08 and 2014–15 academic years, Gonzalez became the president of Kalamazoo College in Michigan in 2016, and Bachrach went on to become the dean of the School of Science at Monmouth University in West Long Branch, New Jersey, in 2016. Trinity has also hosted Fellows such as Dwight J. Fennell, Ph.D., who was appointed vice president of Academic Affairs at Texas College in Tyler, Texas in 2008 and is now the college’s current president.

Jasinski was nominated for the fellowship by Deneese Jones, Ph.D., Trinity’s former vice president for Academic Affairs. Jones was also an ACE Fellow in 2002–03 at the University of Kansas, where she first met Trinity President Danny Anderson. “I believe the conversations I had with Lisa about how this experience changed my life are what spurred her interest in the ACE Fellows program and led me to make a nomination for her,” Jones says.

According to Jasinski, one of the main reasons she applied for this program was because it values learning by doing, much like the experiences Trinity provides for students through experiential learning and hands-on collaborative learning experiences. “One of the great things about my job is that I get to see all different parts of the institution—every day is a different day,” Jasinski says. “I’ve gotten to connect with a lot of people outside of Trinity who have roles like mine, and it has taught me a lot about different ways to solve common challenges. What I love about this particular fellowship is that it really believes in that power of looking and learning from other examples.”

This desire for new experiences is part of what drove Jasinski to choose UNM, a Research 1 institution that differs from Trinity in numerous ways. “I see this fellowship as a chance to strengthen muscles that I don’t have or muscles that are weak,” Jasinski says. “I have spent a lot of time in small private liberal arts colleges, so I wanted to be at a school that would offer something different.”

“At the same time, there are a lot of things I think UNM has in common with Trinity, particularly the way it serves a region,” she continues. “It’s a Hispanic-Serving Institution (HSI), and Trinity is an emergent HSI, so I thought it would be a great chance to see what’s in our future and to learn about structures, programs, and opportunities to focus on there.”

Jasinski also explains that there were many institutional characteristics that drove her to UNM, such as their great senior leadership team and the opportunity to work with their president, Garnett S. Stokes. “I’ve never worked for a woman president before, and I really wanted to,” Jasinski says. “As a woman, I think this is really powerful for me. She’s built an incredible team of people who share her vision, and they are getting to launch some really exciting things. So, it was the right institution for me, and it was the right time for me to be there.”

As the first woman to be nominated by Trinity for the ACE fellowship, Jasinski is also making her own way to expand her perspectives. “I’m really excited about being part of a cohort of really diverse people, learning from them, and recognizing that those are things that I can bring back to Trinity,” she says. “It’s also just empowering and exciting as a woman to have opportunities. Things are starting to change with respect to gender, and we have a long way to go with respect to larger DEI concerns, but I feel really proud to represent Trinity in this program.”

Indeed, one of Jasinski’s main goals through this program is to learn how to better promote diversity and inclusion through policies and structural decisions. As a committed internationalist and future Fulbright Specialist, she continues to value creating cross-cultural connections and fostering inclusivity. “Sometimes the best way to learn about yourself is to engage with people who are different,” she says. “When I have a seat at the table where decisions are made, I try to take that spirit of allyship seriously and to think about how to bring other people into the conversation.”

Moreover, Jasinski says that she also plans to gain exposure to new perspectives and learn problem solving skills. “I’m hoping that I can develop a bigger bag of tricks,” she says. With the new skills she gains from this program, she hopes to “make progress on things that matter to me, like student access, inclusivity, and faculty development.”

The significance of the ACE Fellows Program is not lost on Jasinski, who is thrilled at the chance to have this adventure and improve her skill set. “In order for me to be able to step away and do this, Trinity had to make some pretty big investments in me,” she says. “I’m really grateful to my colleagues who are helping to keep down the fort when I’m not here, and I’m hopeful that the things that I learn will make our jobs easier and make our work better.”

The career-enriching experience in leadership, innovation, and problem-solving that Jasinski is gaining will provide valuable resources for the important work to be done and the progress the University can make. “It’s not going to get done at once; it takes a long time to change an institution,” Jasinski says. “I think Trinity is moving in the right direction, and I think the first step is recognizing that we have work to do.” 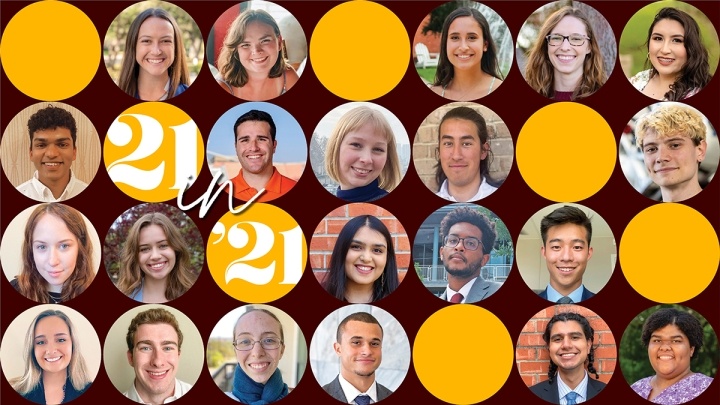 Wednesday, June 29, 2022
From Taiwan to Washington, D.C., to right here in San Antonio, the Class of…
Alumni
The Trinity Story 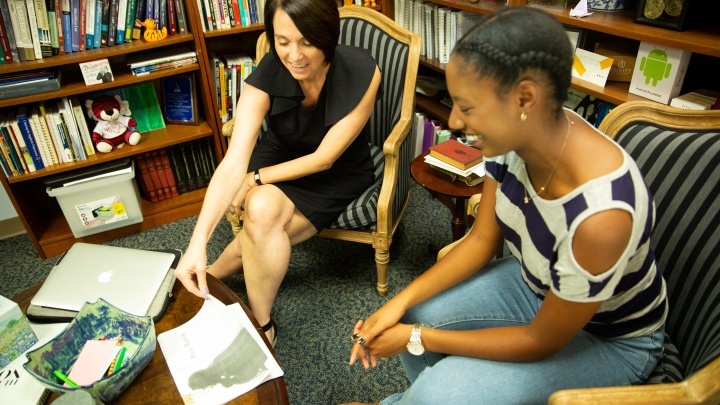