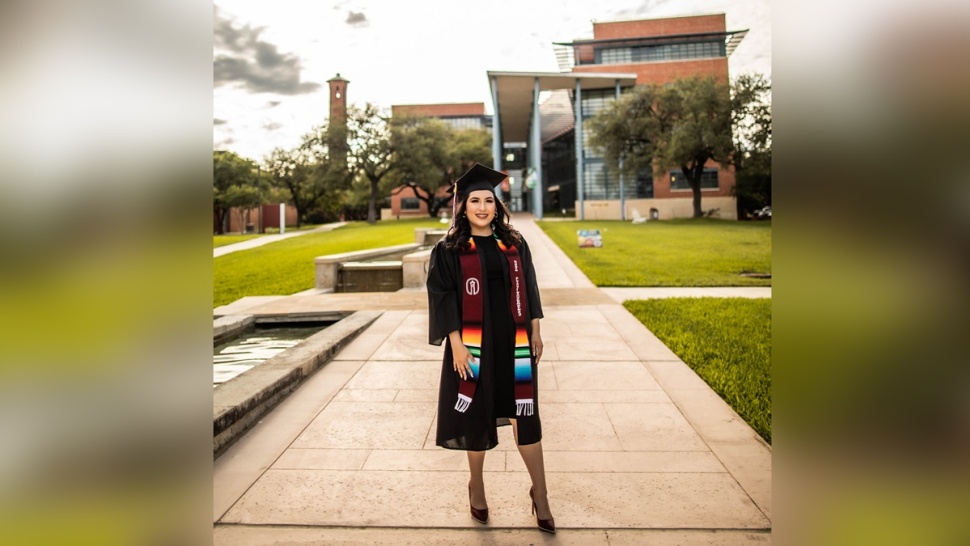 Access to education, according to Diana Long ’21, can be the difference between a community healing or hurting.

Long, a sociology major from Edgewood ISD in San Antonio, knows this firsthand. As she heads off to graduate school with the University of Texas at Austin’s College of Education this year, she eventually wants to work at the state level on educational policy and finance that will make an impact on her home district.

“I come from a school system, Edgewood ISD, that fought for equal funding rights (in Edgewood ISD v. Kirby in 1984) more than 30 years ago,” Long says. “I want to work in policy, doing work that affects schools on a state level, because it’s been 30 years, but not much has changed. This hits home for me: education is really powerful.”

Thanks to a powerful Trinity experience, Long is closer to achieving this goal than she ever imagined just a few short years ago. 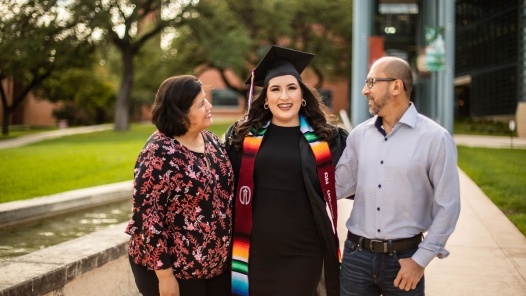 The daughter of two Spanish speakers, Diana Araceli Rios Long and Tomás Long, who immigrated to the United States just before she was born, Long grew up speaking Spanish. She started learning English in grade school, and became fluent in both before discovering Trinity. Long was a participant in Trinity’s Upward Bound program, a college readiness initiative for underrepresented high school students, which led her to an internship in a Trinity biology laboratory, and eventually helped introduce her to life at Trinity itself.

As a first-year, Long actually considered transferring out of Trinity, where she struggled in STEM classes, and initially felt embarrassed asking for help from professors. But she soon discovered the full depth of Trinity’s community of support.

Trinity’s Summer Bridge Programs, held two weeks before New Student Orientation, helped her  weather the initial transition to college life. Students like Long get to learn about study strategies, tech and library resources at Trinity, time and task management skills, and more direct sources of support: “They literally bought my books for me,” Long says.

Long was also convinced to stay by Upward Bound Director Simone Carnegie, one of her mentors, and by discovering Trinity’s unique LatinX leadership program, where professors Rita Urquijo-Ruiz and Juan Sepulveda helped her develop leadership skills, connect with her Latina/o peers, and learn how to be an ally with marginalized groups.

“You make amazing connections with that group of people,” Long says.

And not only did Long find the strength to succeed in the classroom, her confidence grew to the point where she was able to make a difference off campus, as well. Long has interned with the Healthy Texas Mothers Coalition, where she provided resources to new mothers in the community, with the goal of helping lower the infant mortality rate. She also interned with the Martinez Street Women's Center, where she learned a lot about the community and the struggles women face when navigating the health care system. 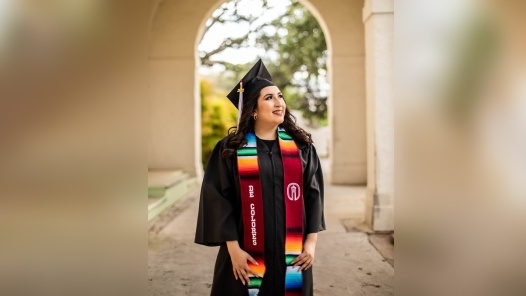 Long is now a graduating sociology senior with a published honors thesis titled “Battling two Pandemics: the intersection of Covid-19 and systemic racism in San Antonio schools.” This explores how the Coronavirus pandemic has pushed students of color out of schools due to external factors such as the need for multiple streams of income, and argues for the development of a more culturally-competent curriculum.

With all this success, it’s hard to imagine a Trinity without students like Long. But if she hadn’t gotten an incredible series of scholarships, departmental grants and other donor-funded sources of aid, Long says her journey would not have been possible.

“I couldn’t have afforded Trinity without financial support,” says Long, who has been awarded The President’s scholarship, an Upward Bound Scholarship, various departmental and research grants, as well as local scholarships.” It’s such a relief to graduate debt-free. So many people from my community, and people of color, don’t even bother applying to places like Trinity because they assume there is no way they can afford it. And I want to contradict that—I want them to know there are people out there that want to see you succeed.”

Long wants the donors who supported her to know one thing: “To donors, from the bottom of my heart, thank you for everything you’ve done for me.”

But Long also knows there are entire generations of future students, from similar origins and communities as hers, that haven’t gotten the chance to start their Trinity journeys yet.

These students, Long says, could be the driving force behind improving life in their communities and hometowns. And having access to education—not just any education, but a Trinity degree—could mean all the difference for these students, too.

“To those who haven’t thought about giving yet, you could make a huge impact on students that are left behind,” Long says. “This education doesn’t just lead to better job opportunities, it’s about the beauty of learning. That stays with you forever.” 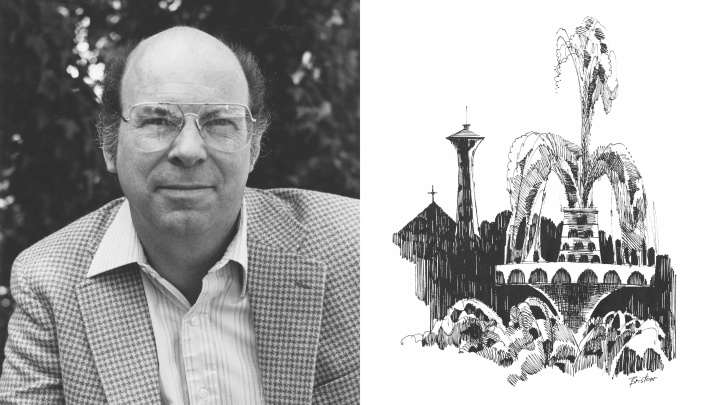 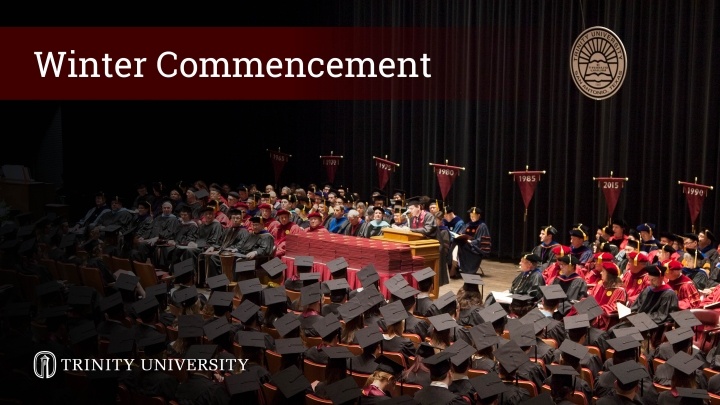