Trinity students are critical thinkers, creative problem solvers, and innovators. Using knowledge gained from interdisciplinary courses, experience from community connections, and an unwavering perseverance, many Tigers have turned their passions into professions. From bakers and winemakers to authors and artists, get to know a few alumni small business owners and take a look at all listings in the University’s Alumni Business Directory. 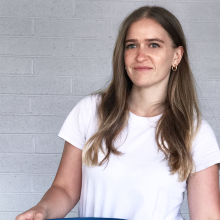 For alumna Sarah Sauer ’13, art is more than a profession: it’s an identity. “Art has been a strong steering force ever since I can remember,” she says, “I really took hold of it. Even when I was little, I would say, ‘I’m going to be an artist.’” At Trinity, Sauer found a community of supportive peers as she balanced her time between classes and working with local creatives to maximize hands-on experiences. “As I developed an understanding of how to make a living as an artist,” she shares, “that was exciting.”

Now the owner of Guten Co., a handmade ceramics studio in San Antonio, TX, Sauer spends her days carefully crafting home goods for both form and function. “I love the utility of small objects, how they are accessible to people [to use everyday]. . . But I also love stretching and challenging myself when creating larger pieces,” like her statement planters that took off during the pandemic.

As many spent more time at home over the last year and a half, Sauer has been busier than ever. She also recently began a collaborative line with furniture and home decor store West Elm, creating goods like party trays and holiday-specific items.

Between her online store and West Elm’s reach, Sauer’s ceramics ship across North America, and she is excitedly “look[ing] forward to all of the growth that is coming in the next year.” 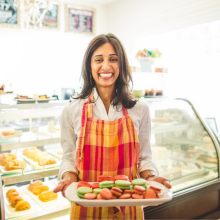 Pastry chef Soraiya Nagree ’02 always knew she would have a career in food, but the small business owner didn’t want to put all of her eggs in one cake, so she decided to earn her bachelor’s degree in engineering. “I’m sure I could have chosen far easier things to ‘fall back on,’” Nagree laughs, “but I did it. Thanks to all the amazing professors at Trinity, I was able to do it.”⁣

After graduation, and following a brief career as a bowling ball manufacturer, Nagree completed culinary school and opened her first kitchen in 2007. Three years later, she was able to open the doors of La Pâtisserie, a from-scratch French pastry shop in Austin, Texas.⁣

Nagree shares that making macarons is her “happy place” but cherishes a more holiday-centric confection this time of year. “As we go into the holidays,” Nagree recommends ordering “the bûche de noël [because it] is a French Christmas tradition.” With decadent decoration and a flavor profile of coffee and chocolate, this rolled cake adds the perfect amount of festivity to any table. During the fall of his first year at Trinity, William Razavi ’95 wrote his first play—just about 30 years ago to date. Prior, Razavi had focused on writing poetry and prose, but “as I got more comfortable with acting, directing, performing—the other aspects of theater, itself,” he says, “my playwriting skills improved as well.”

Since then, he has published 11 books and directed over 60 plays. A self described “writer, director, and visionary,” Razavi earned his MFA from Brandeis University; his film and theatre criticism has appeared in the San Antonio Current, and his work has been seen in numerous locations across the country.

While Razavi enjoys writing over any other activity, he believes, “you’re not as interesting of a writer if you don’t have other pursuits that you do.” So what else does he do?

Shortly after completing graduate school, Razavi returned to Trinity, where he assisted in the theatre department, directing plays and creating ensemble pieces. He is currently the Artistic Director for the local Overtime Theater in San Antonio, and has worked in Trinity’s Classical Studies department for the past 15 years because “all the good, homey aspects of Trinity are replicated in the Classical Studies department.” 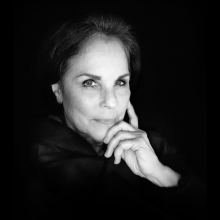 When Susan Riley ’69 got her first camera in 1971, “it was like a lightning bolt,” she says. “I was so mesmerized by what was going on with the film. Why was the lighting the way it was? I pursued photography with absolutely all my might.” And in 1991, she opened her business, Susan Riley Photography, through which she specializes in portraiture and restorations. With portraiture, she gets to know individuals as they are; with restorations, she is able to reach back into the archives of history and bring aged and often tattered pieces back to life.

Susan’s pieces have been featured in a variety of displays across south Texas, and her photography has even been included in the Trinity Magazine. Many of her restorations are listed on her website, but she also works on a number of commissioned projects.

Whether she’s working on restoring a familial heirloom, a commissioned piece for an auction, or an interesting photo from the Smithsonian, Susan knows legacies are told through her work. “I feel very honored when people ask me because there are many great photographers. I feel so honored, and I will always do my best.” Walk into a restaurant, and you might find customers enjoying a casual glass of wine with dinner. For alumna Beth Klingner ’90, that kind of experience wasn’t quite enough. “Instead of casually sipping wine,” she explains, “I wanted to know everything about it.” So when she fell in love with third generation winemaker Kevin Johnson, it was the perfect match.⁣

⁣As the head of logistics at Dion Vineyard, Klingner oversees everything from HR and payroll to barrel washing, bottling and tasting. “There’s a lot of art in winemaking,” she explains, “but there’s also a lot of science.” It’s about finding the perfect balance of “aesthetic appreciation” and technicality with each vintage.⁣

Beth describes the Dion Vineyard story by saying, “we work very hard at being authentic. It’s odd to work at ‘being authentic,’ but it’s kind of just the way we are.” Beth and Kevin have inherited the vineyard and dedicated themselves to its sustainability, knowing it is near and dear to the hearts of generations prior. She encourages everyone to think small, drink small, and support local businesses—during the gift-giving season, and all year long.⁣

Alyssa Tayrien '17 is the digital communications coordinator for the University's Office of Alumni Relations. She majored in communication and ancient Mediterranean studies at Trinity.