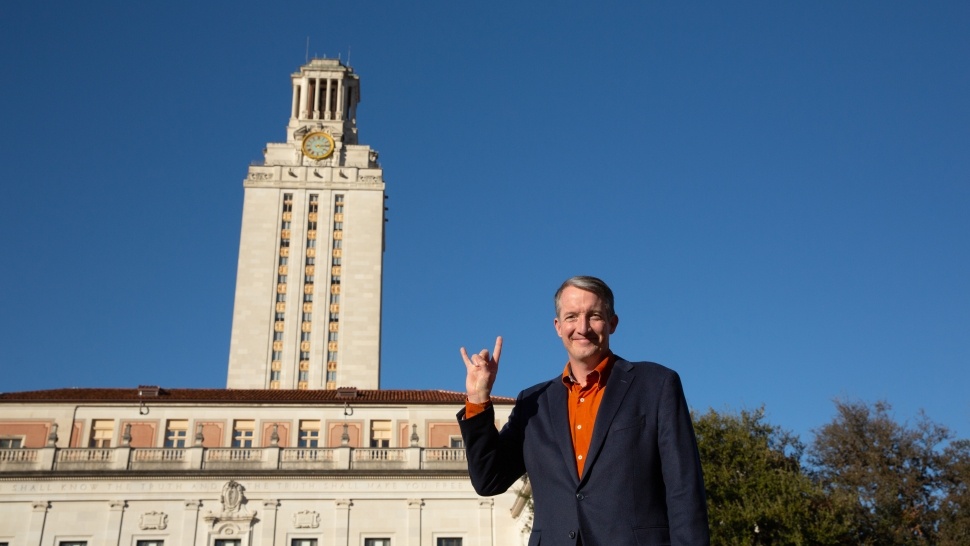 In May of 2020, as the pandemic raged and social movements swelled across the nation, 1991 Trinity University graduate Jay Hartzell, Ph.D., was named interim president of the University of Texas at Austin (UT). Previously the dean of UT’s McCombs School of Business and a professor there since 2001, he officially became the institution’s 30th president in September 2020, stepping up to lead during a time of unprecedented challenges.

President of a flagship university is not the job Hartzell imagined he’d hold when he started college; “I mean, I didn’t even imagine I would end up in this role last February,” he says with a laugh. Coming from a large public high school in Oklahoma, Hartzell knew he wanted a smaller, more personal environment for college. He applied to Trinity (and only Trinity) as an engineering major, but he shifted gears to economics before even arriving on campus.

Hartzell looks back fondly on those years. “It was really the first time I was around that many really talented, smart people,” he says. “I remember a lot of deep conversations late into the night about absurd topics.” And the most important relationship of his life got its start in front of a sink in South Hall. “It was my 18th birthday, and my mentor group had gotten me milk and Twinkies to celebrate,” he recalls. “But the milk was sour, so I went to spit it out in the bathroom.” At just that moment, from the adjacent room, in walked the woman who would become his wife. “She was like, ‘What is this boy doing in my bathroom?!’” The two dated throughout college and were married at Margarite B. Parker Chapel on the Tuesday after their graduation. 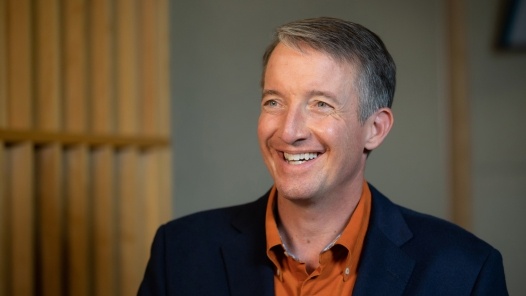 Photo courtesy of The University of Texas at Austin

During his years at Trinity as an economics and business major, Hartzell worked as a student assistant to business professor Phil Cooley. “I got to sit outside his office several hours a week for a couple of years, which was really important to me,” he says. A few years later, finding himself unsatisfied in his first post-graduate job, he turned to Cooley for advice. “He told me, ‘You know, Jay, why don’t you think about a Ph.D.?’ That was the first time it really clicked for me.” His work with Cooley during college emboldened him to make that call, he says, setting him down the path to a doctorate. There were, of course, surprising turns along the way—“I had the mistaken impression that his life as an established professor at Trinity was what I could expect,” he says—but still, “things have worked out wonderfully.”

After earning his doctorate in finance from UT, Hartzell accepted a position at New York University’s Stern School of Business. “New York is a great place to be a finance professor,” he says—but a challenging place to raise a young family. After a few years, an opportunity arose to teach at UT. “When Texas called, I hung up the phone and my wife had packed,” he jokes. “We were moving!” 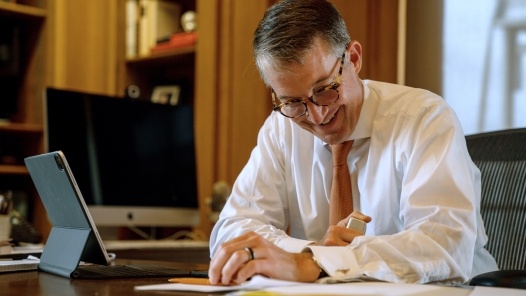 Photo courtesy of The University of Texas at Austin

Hartzell, who became dean of McCombs in 2016, put his energy into making the business school a welcoming and supportive place for students of all backgrounds. He established an associate deanship for diversity and inclusion and convened the McCombs Diversity and Inclusion Committee. “In business and on campus, diverse teams make better decisions and get better outcomes,” he says. “We see that in academic literature and in practice, with the employers who recruit our students.” When he became the university’s president last year, just as conversations about equity and injustice rose to the fore of public consciousness, that mindset felt even more vital.

“We all want students to thrive here at UT and leave equipped to change the world,” Hartzell says. “That’s our common ground.” And it’s not a zero-sum game, he explains: “We’re not talking about somehow taking something from one group and giving it to another. We’ve got to make the pie bigger, as a university and as a society.”

At the beginning of 2021, Hartzell and the UT leadership team embarked on a strategic planning process, which will chart the university’s course for the next few years. It’s a welcome change from the earliest days of his interim presidency, when a storm of urgent issues stemming from the global health crisis demanded nearly all of his attention. “It feels like we have the chance now to put our heads above the clouds and think about our culture and values, our priorities, and where we’re heading.” It’s the kind of forward-looking work he loves—and, he adds, is “a lot more fun than worrying about how to make sure students are 6 feet apart in classrooms.”

All photos courtesy of the University of Texas at Austin.