Data at Your Fingertips

The Office of Institutional Research and Effectiveness (IRE) presents institutional data in accessible and meaningful ways and provides prompt, accurate responses to all requests for information. We are committed to maintaining high standards of data integrity and security at all times.

Our internal assessment website is full of general and departmental resources.

So what do we do?

Fall 2021 Enrollment by Gender and Race/Ethnicity

This information can also be found in our Common Data Sets and Factbooks.

The Common Data Set (CDS) initiative is a collaborative effort among data providers in the higher education community and publishers as represented by the College Board, Peterson’s, and U.S. News & World Report. CDS reports display standardized Trinity statistics for year over year comparisons.

Trinity's Retention Committee has established acceptable, preferred, and ideal retention and graduation rates based on these rates at peer institutions. Among first-year students starting in 2018, 92% were retained to the second year. 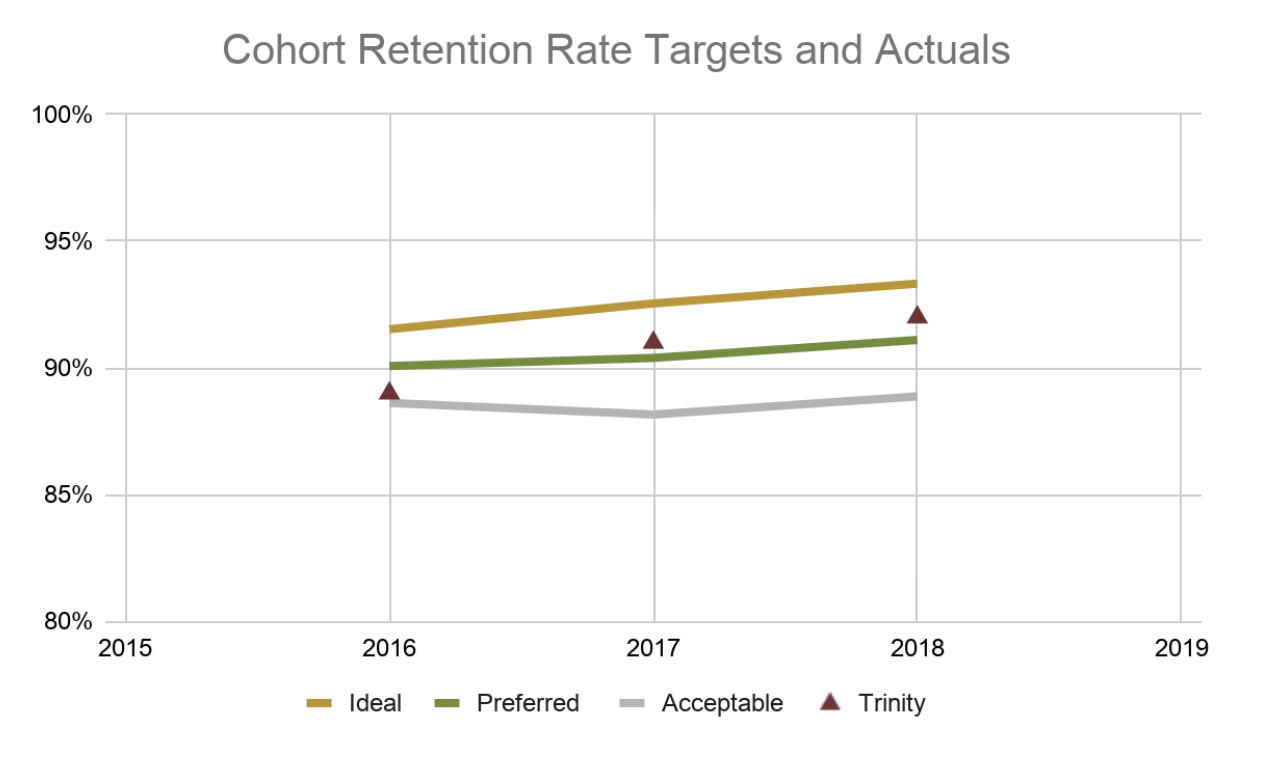 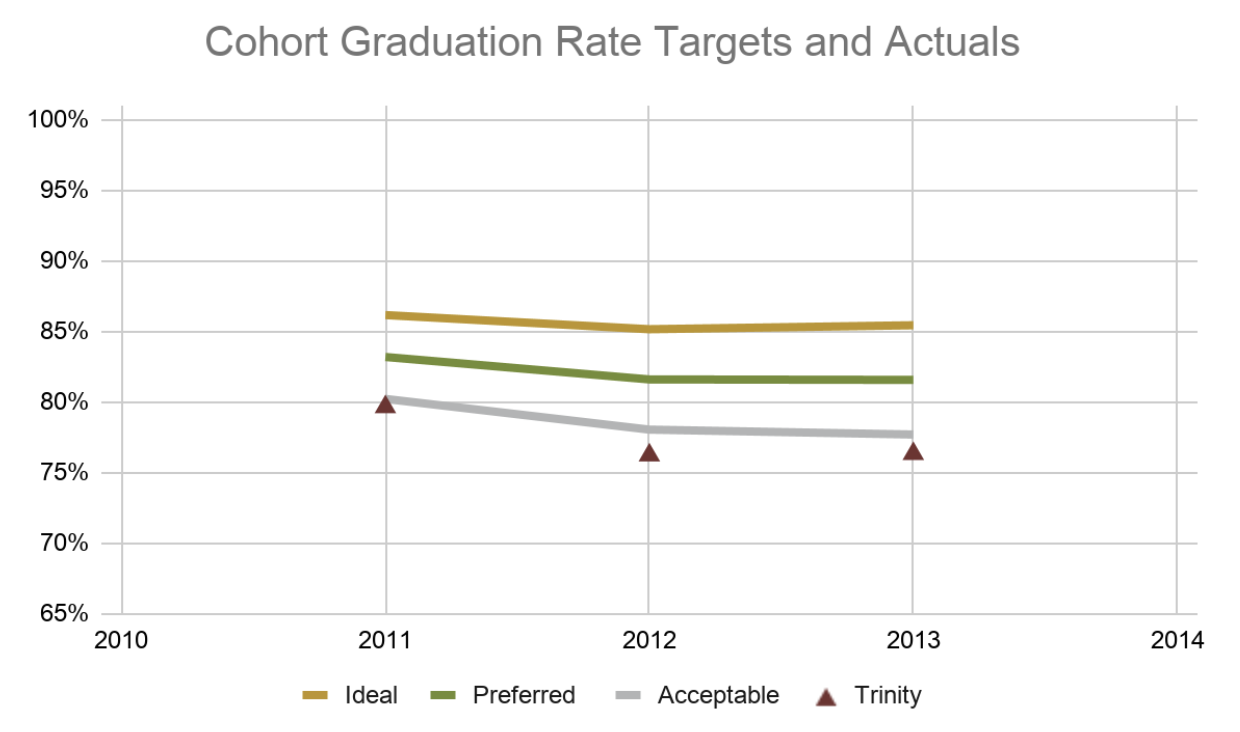 Among first-year students starting in 2013, 76% graduated in six years or less.

Trinity University regularly surveys graduating seniors six months following May graduation. Outcomes for graduates based on these survey results are shown in the table below.

To attempt to account for all graduates, not just those who reply to the six months out survey, the Office of Institutional Research and Effectiveness combines the results with information obtained from a survey done at the time of graduation as well as with information from follow-ups conducted by the Office of Career Services. Data from this first destination census are provided below.

First Destinations of May 2021 Graduates

Trinity University's Health Professions Advisory Committee writes a letter of evaluation for every student who applies. Some schools have an internal selection process and will write letters, give practice interviews, etc. for only the highest-achieving students.

Rates reported here may not be comparable to rates reported by other institutions. Latest available figures indicate a 36% medical school acceptance rate among Trinity graduates during the 2017-2018 admissions cycle. 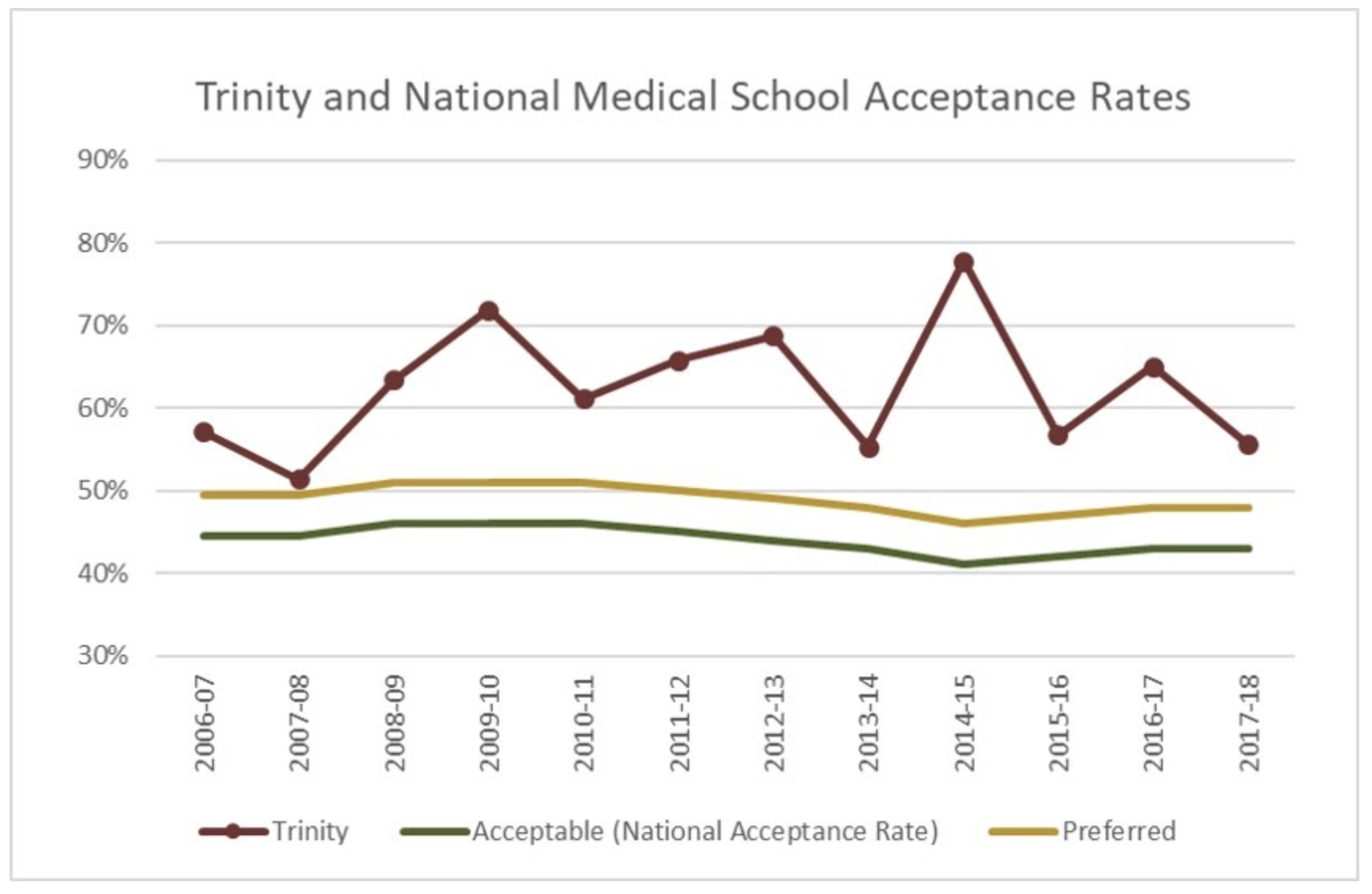 The Prelaw Advisory Committee monitors acceptance rates to law schools and has set an acceptable threshold of 60% of applicants being admitted to at least one ABA-accredited law school. Latest available figures report a 79% law school acceptance rate and 61% matriculation rate for Trinity graduates. 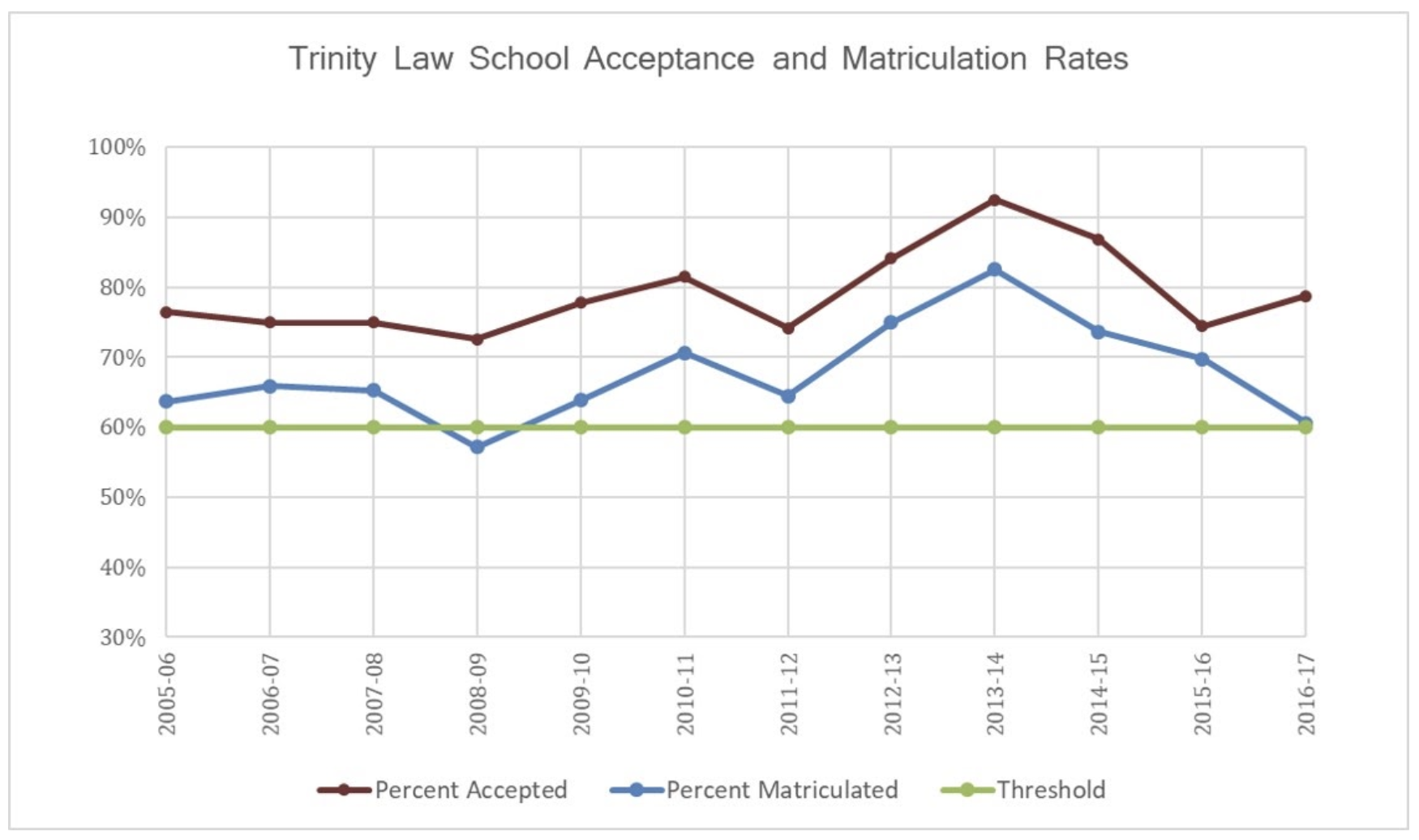 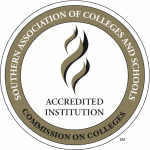 Trinity University is accredited by the Southern Association of Colleges and Schools Commission on Colleges to award bachelor's and master's degrees.

You can contact the Commission on Colleges directly with questions about Trinity’s accreditation, but the Commission requests that they be contacted only if there is evidence that appears to support an institution’s significant non-compliance with a requirement or standard.

Trinity is also a member of the Associated Colleges of the South, a consortium of sixteen distinguished liberal arts colleges and universities.

A step-by-step guide to logging into, exploring, and troubleshooting the Data Den system (Tableau).

We created an entire (secure) website to house our multitude of department- or topic-specific resources.

We maintain an updated calendar of active and upcoming surveys.  To add your survey to the calendar, please contact Michelle Byrne

* Leading Peer Institutions represent a subset of the peer institutions that perform slightly above Trinity University on student success outcomes.

* Base Aspirant Institutions represent a subset of the aspirant institutions that perform slightly above Trinity University on student success outcomes.