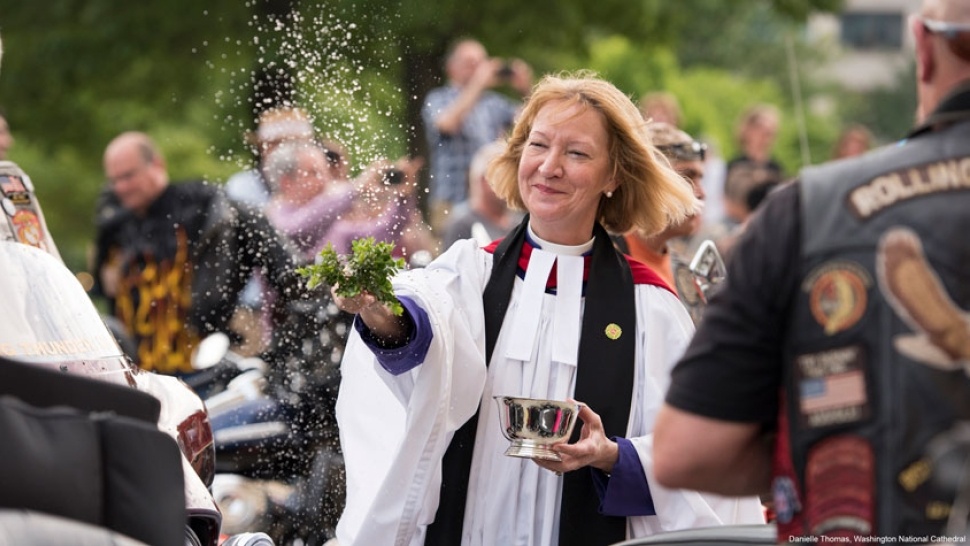 Jan Naylor Cope began her professional career with a variety of financial development, consulting, and high-profile fundraising positions. In 1989, she became deputy assistant to the president and deputy director of presidential personnel in the George H.W. Bush White House. With a staff of 40, she helped oversee the recruitment and selection of more than 5,000 presidential appointments, “everything from ambassadors to cabinet secretaries to secretaries to the secretaries,” she recalls. While she considered it a great privilege to meet world leaders and observe history in the making, Jan says it was the personal moments that have stayed with her most. Moments like being able to bring her immediate family into the Oval Office to meet with the president, or witness the delight the president took when she visited his private office in the West Wing to tell him of her engagement to John Cope.

But none of these personal moments could have prepared her for the moment: the one where her doctor looked her in the eyes to tell her she had breast cancer.

It was in that moment that Jan promised to never take those personal moments for granted. Drastically shifting course from what was then her job as president of J. Naylor Cope Company, an executive search firm specializing in nonprofit organizations, Jan answered her call to ministry.

“Going through that experience forced me to be more intentional about my prayer life and how God wanted me to live the rest of my earthly life,” she explains. She also noticed that other patients seemed drawn to what they described as her calm and sense of peace. “After much prayer I discerned that God was calling me to ordained ministry,” she says.

Although the National Cathedral in Washington, D.C., has been around for 100 years, it was not until 2008 that a resident worshipping congregation was formalized, and Jan was called as vicar, charged with shepherding the fledgling congregation to grow spiritually as well as numerically. Impressed with her results, the Cathedral leadership and her bishop asked her to take on the role of provost in 2015. Currently, along with Cathedral leadership, she is focused on the long-term strategic ministry and mission of the Cathedral. She also represents the Cathedral to external constituencies, is a frequent guest preacher and speaker worldwide, and writes meditations and commentaries on scripture for The Bible Challenge. 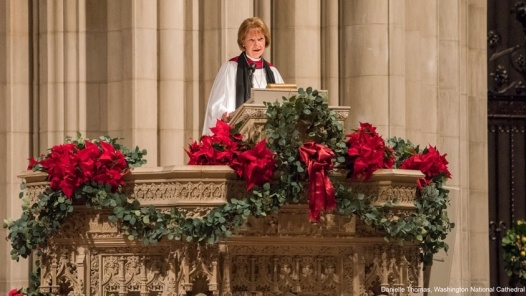 Earlier this year, family representatives of Senator John McCain reached out to Jan about holding his memorial service in the Cathedral. In addition to helping facilitate the arrangements, Jan welcomed the thousands of worshipers who attended, participated in the liturgy, and read the prayers. “It was an incredibly humbling experience for all of us,” she says.

Addressing the issue of divisiveness and incivility that is so challenging today, Jan says, “One of the things for which the Cathedral is known is that of being a convener on important issues of the day. We believe we hold a unique place at the intersection of sacred and civic life. As such we strive to serve God and our neighbors as agents of reconciliation, a trusted voice of moral leadership, and a sacred space where the country gathers during moments of national significance... As a church leader, I believe it is my responsibility to continue to lift up the good in our midst and to remind all of us that the core teaching of Christianity, which is mirrored in the other Abrahamic traditions, is to love God with all that we have and all that we are and to love our neighbors as ourselves.”

Committed to helping people experience God, Jan says, “If I can share the light of Christ with others, even in a small way, then I will feel my life has true meaning.” She does this through preaching, outreach programs, and other initiatives. Along with her husband, Jan has co-led religious pilgrimages to the Holy Land and Greece and participated in mission and study trips on several continents.

This fall Jan attended her 40th class reunion at Trinity, where she recalled her campus involvement: Blue Key National Honor Fraternity, TUVAC volunteer, intramural participant, and member of Chi Beta Epsilon. She singled out The Rev. Raymond Judd ’56, the former Blue Key sponsor, and professor Coleen Grissom, then-dean of students, as special influences. “I’m profoundly grateful to Trinity for offering an excellent liberal arts education and give great thanks for the lifelong friendships I made there,” she says.

Perhaps Jan’s most vivid Trinity experience occurred during a sociology practicum in the barrios of San Antonio. There she met a local curandero. In order to help her understand how he worked, he asked her to pretend to be someone in need of an exorcism. Jan says, “He went through the steps he would normally take in that form of healing and nearly scared me to death!” Still, she reflects, it was “a lifelong lesson on the importance of engaging in communities different than my own.”

Back at the Cathedral, Jan shares her favorite benediction, based on a quote from Henri-Frederic Amiel, the Swiss moral philosopher and poet: “Life is short and we don’t have much time to gladden the hearts of those who journey with us. So be swift to love. Make haste to be kind, and go in peace to love and serve the Lord.”