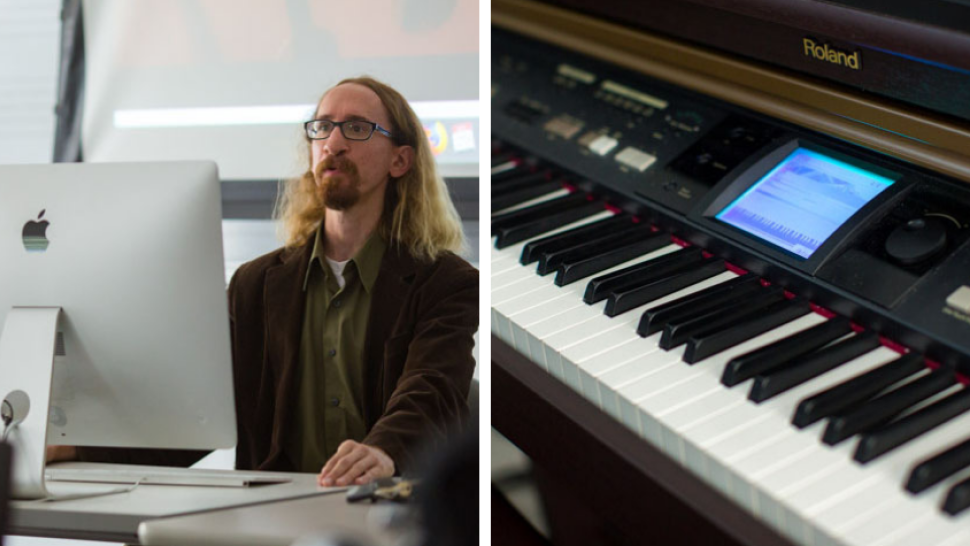 Trinity music professor Brian Bondari, D.M.A., teaches a course where the only requirements are a Soundcloud account and a good pair of headphones.

Students in Bondari’s electronic music class learn how to synthesize original sounds and manipulate audio. “I want to show people what the tools are,” Bondari says. “I treat it more like a lab than a normal class.”

Although the course existed before as a historical survey class, Bondari gives his students a chance to actually create music. Particular assignments include scoring a short film and creating an entire composition with only a recording of a single word. 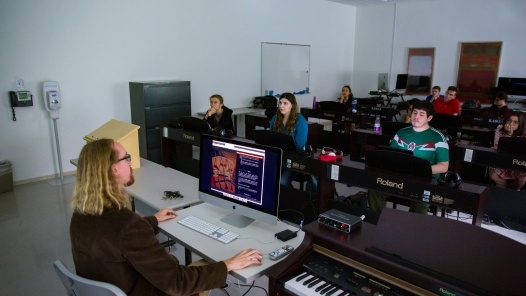 Loretta Rodriguez ’20 particularly has enjoyed coming up with new sounds for the keyboard. “We had to make our own synth patches,” she says. “It was cool to make our own unique sound.”

Rodriguez appreciates the opportunity to work creatively with equipment and knowledge that’s hard to find outside a Trinity classroom. “I think a lot of people agree that it’s a good outlet to express yourself through music without having to know so much about music,” she says. “I like that there are a lot of creative classes here that are still thought-provoking.”

Christian Correll ’20 likewise enjoys how Bondari gives students leeway while pushing them to make a finished product. “The compositions would probably be my favorite assignment so far,” Correll says. “I just like the creative freedom that comes along with them.”

Students get the chance to display their final compositions during a recital at the end of the semester. Bondari is always surprised to see the varied results that can come out of a single class. “I learn so much about my students when I hear their compositions,” he says. “And who knows what composers are willing to do once they get out into the world?” 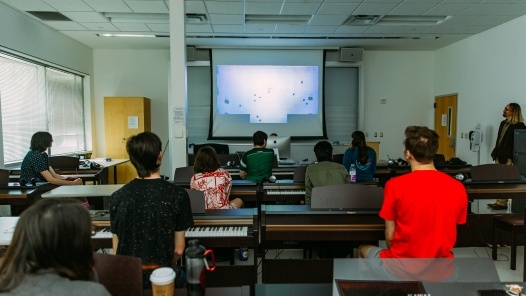 Bondari has had students go on to write jingles, make software music, and perform full-time. “One student I had went on to Cal Arts and got an MFA in electroacoustic music,” he says.

When not teaching the course, Bondari uses his skills to produce music for theater. “Theaters don’t really have the budget for live musicians, so electronic music is ideal. It’s a job-killer for live musicians,” he jokes. In addition to producing electronic theater music, Bondari composed the tune to the current Trinity fight song, has worked with his wife on several theatrical productions, and even wrote  the on-stage live music for a production of the Bacchae performed in an ancient Greek amphitheater. He looks forward to seeing how students put their knowledge to good use in a real performance: “Let’s get dirty, let’s get our feet wet, and let’s have a recital.” 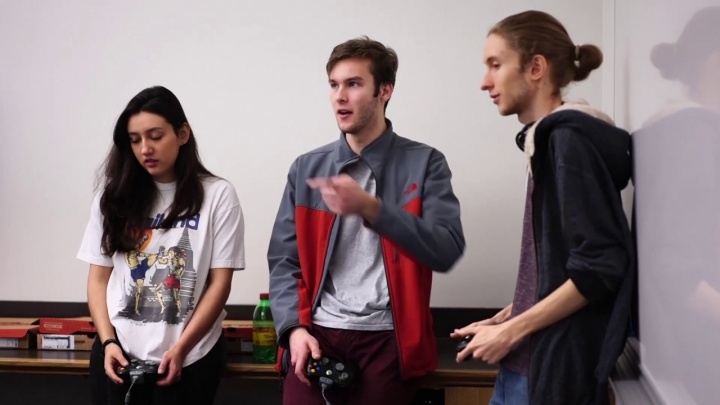 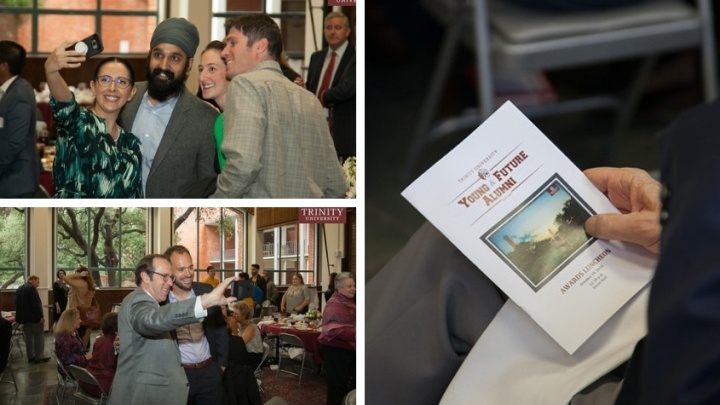 Friday, November 30, 2018
As the outside world grows more complex, intertwined, and diverse, so too does…
Alumni
Trinity News

Thursday, September 27, 2018
For Danielle Trevino ’19, launching a career in marketing depends on making…
Alumni
One Trinity