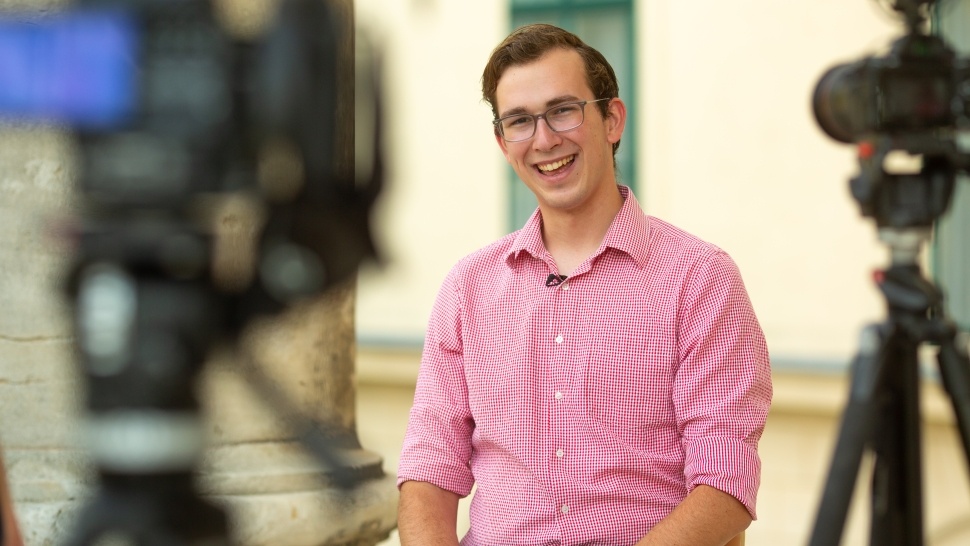 Championing the Arts
Trinity theatre and choir alumnus prepares to teach the next generation of drama students
Mary Denny
Tuesday, May 28, 2019

“Make the most of all that comes and the least of all that goes.” These are words of wisdom from Nico Champion’s grandmother and an admonition the ebullient alumnus certainly took to heart at Trinity, where phenomenal opportunities did come his way.

Opportunities like a two-week study abroad tour to China with the Trinity Chamber Singers, where he performed with Chinese students and learned about their music and culture. (“Insanely fun and meaningful.”) Or two weeks singing in Austrian cathedrals and other venues, again with the Chamber Singers. (“I had never done choir before college, so the opportunity to perform at such a high level and to travel internationally with the whole group was amazing.”) Or conducting theatre research in an Italian village outside Rome through the Mellon Research Program with Holly Gabelmann and human communication and theatre professor Kyle Gillette. (“I was so fortunate to get to explore theatre on an international level with two people I adore.”) Or directing a small musical called Tick, Tick... Boom! (“An eye opening experience that wouldn’t have been possible without the support of my professors and our stage manager/lighting designer Mindy Tran. It was seminal to my continued desire to become a theatre teacher in the public school system.”) 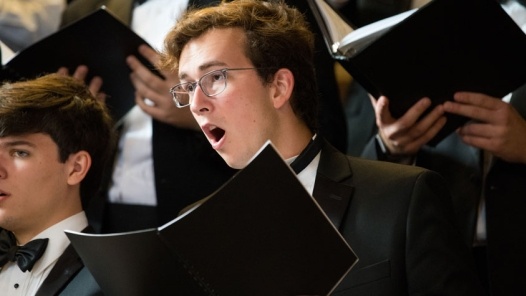 Nico traveled with the Trinity Chamber Singers to perform in Austria.

Apparently indefatigable, Nico also found time to participate in service projects as president of Alpha Phi Omega, appear in seven mainstage productions, participate in Mu Phi Epsilon (the coed music fraternity) work as a resident assistant for three years (“I was able to mentor about 60 students and be part of their growth process, an experience I cherish.”), and intern in the Office of Admissions through the tour guide program (“with brilliant co-intern Asmara Lehrmann”).

Nico’s love of music and theater stems from listening to Sirius XM radio on the way to elementary and middle school with his dad. “He was always playing the Broadway channel,” Nico says. “I distinctly remember ‘Merman Mondays,’ which featured Ethel Merman’s show-stopping numbers.” The acting bug bit Nico in fifth grade when he “performed” the Gettysburg Address, garbed in Lincoln-style hat, beard, and 19th century attire. “From there I was hooked on performing, and I’ve been doing it ever since,” he beams.

Growing up just outside of Austin in a family of educators—dad a school superintendent, mom an adjunct community college professor, grandparents both teachers—Nico always knew he wanted to teach at some point, but his minor in education confirmed that goal. Beginning his very first year at Trinity, Nico enjoyed hands-on experiences, teaching at the Northeast School of Arts under David Connelly. He also realized that performing and teaching were outlets that made the most of his talents and passions. “I think where I excel and what I love to do, more than performing, is standing in front of a room and teaching something,” he says. “I’m passionate about the transformative power of fine arts education and the life-changing work that teachers do around the globe. It’s their unique blend of skill and passion that creates this intricately beautiful and difficult profession.” 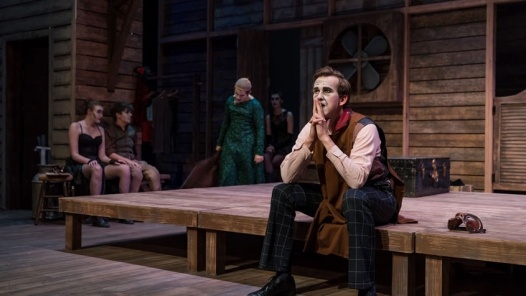 After performing in Trinity theatre, Nico plans on becoming a theatre teacher himself.

In July, Nico will begin Trinity’s Master of Arts in Teaching program. Until then he‘s taking a well-deserved break, doing some cat and house sitting for one of his theatre professors. In his free time, he enjoys running, reading, listening to podcasts and musicals, ranking and re-ranking his favorite Stephen Sondheim shows, collecting DVDs, books, and plays, and indulging in his guilty pleasure: “eating Marshmallow Cream from a jar.”

Motivated by the desire to make his family proud, Nico plans to become a drama teacher at any grade level. Referencing some of his classroom experiences, he adds, “I came in with a secondary mindset, but I also think it would be an absolute blast to teach theater in elementary school. I want to become a part of public education however I can and hopefully affect the lives of students in a similar manner to the way my life was changed by my public school teachers and their life-affirming work.”