Trinity University Police Department (TUPD) officer Efrain Abundio Gonzalez Jr. passed away on Nov. 23. He was 65. He retired from Trinity in October after 19 years of dedicated service, rising through the ranks from patrolperson to security sergeant and, ultimately, service ambassador. 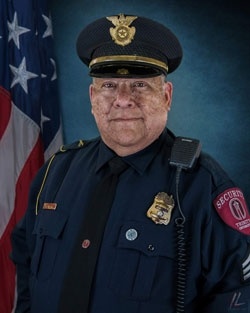 Efrain was a military veteran who proudly served in the Army before coming to Trinity. He was awarded several medals including the Army Infantry Badge, Airborne Parachutist Badge, and the Army Commendation Medal. He was commissioned as a second lieutenant in 1978 and achieved a final rank of major.

“Efrain was respected by all members of the Trinity University police department and was a mentor to many, including myself,” says TUPD chief of police Paul Chapa. “He took great pride in serving the Trinity community and was so proud when he moved in his daughter Ashleigh into her freshman residence hall. Efrain was a special individual who shared his military experience to inspire others and was a true servant leader. He will truly be missed by all.”

Ashleigh has fond memories of seeing her dad on campus every morning of her first semester at Trinity. “He would be standing outside by Northrup and would wave to me,” she says. "Whenever we had the chance, we would have lunch together.”

Known for his kindness and magnetic personality, Efrain loved people and told Ashleigh that his favorite part of his job was helping the faculty and students. “Several people I work with told me that my dad was the first person they met when they came to Trinity,” she says. “That was really touching.” 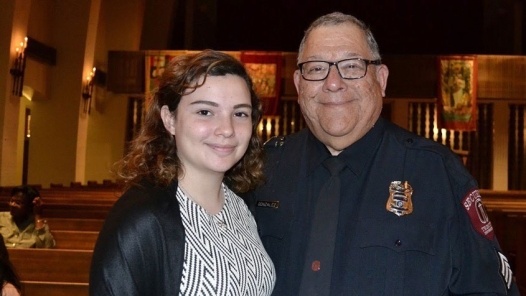