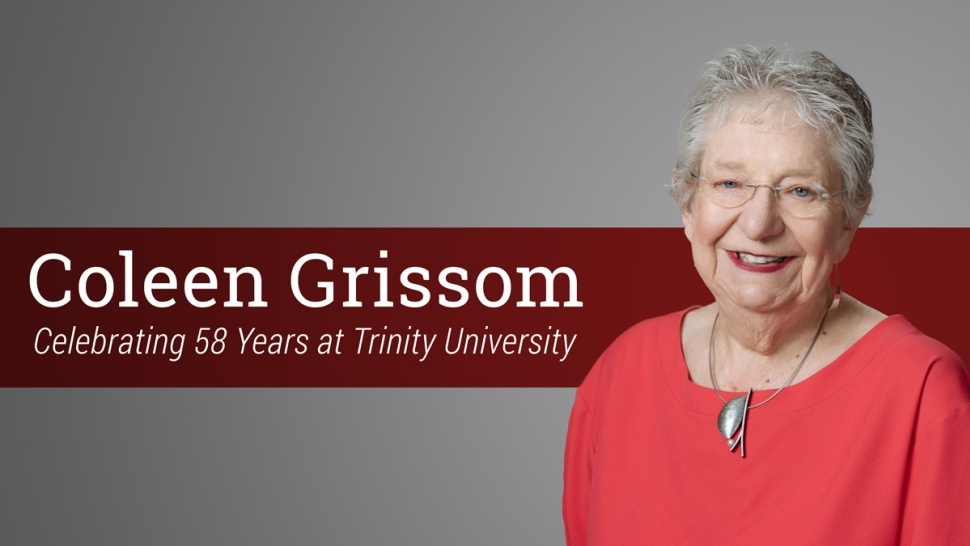 "What keeps you going isn’t some fine destination but just the road you are on and the fact that you know how to drive. You keep your eyes open, you see this damned-to-hell world you got born into, and you ask yourself, ‘What life can I live that will let me breathe in and out and love somebody or something and not run off screaming into the woods?’"
— Barbara Kingsolver, as quoted by Coleen Grissom

In an apartment off of Heidi Lounge with no air conditioning, a young woman—head resident and English instructor—flicks the lights on and off, on and off. It is 8:30 p.m., time for the “girls” of Heidi to return to their rooms before curfew. The year is 1958, and the 24-year-old with her hand on the switch is Coleen Grissom.

Over the next 60 years (with a brief interruption from ‘61-’62), Grissom would move from Heidi to Northrup Hall and in the process transform Trinity University with her inimitable wit and intellect. In a phrase, she persisted. This academic year marks the last of her Trinity career as a full professor and the end of an era.

Her legacy began in earnest when Trinity President Jim Laurie offered her the post of associate dean of Student Life and assistant professor of English at a time when “girls” did not leave campus without “hat, heels, hose, and gloves,” according to Grissom. She progressed to dean of students and was eventually named vice president for Student Affairs. While much has changed, the going wasn’t always easy.

“Have I always been happy here? You guess: I was (and am) a never-married, highly educated, assertive, witty woman with a sense of self,” Grissom says. “These are awkward qualities in 2018; just imagine how welcome and admired they were along the way. Mostly, however, my love, admiration, and hope for my students overwhelmed me.”

Claudia Stokes, chair of the Department of English, describes Grissom’s impact as reaching far beyond the Trinity campus.

“Aside from her lasting contributions as vice president for Student Affairs and author in her own right, Coleen has been singularly responsible for inspiring a love of contemporary literature in generations of Trinity students and countless San Antonians,” she says. “For her, reading is sacred.”

Indeed, she is the definitive source on what to read now. In addition to publishing her own books (A Novel Approach to Life—2008, Coleen at 80—2014, and The World According to Coleen—2015), Grissom has offered her own reading selections every summer for Trinity magazine. Each year, that list is refreshed with new names, but there are an enduring few that appear again and again: Munro, Updike, Kingsolver, Erdrich, Russo, and of course, Atwood. In fact, her decades-old friendship with Margaret Atwood has paid dividends for Trinity and San Antonio, resulting in many visits by the celebrated poet and author to campus and the community. 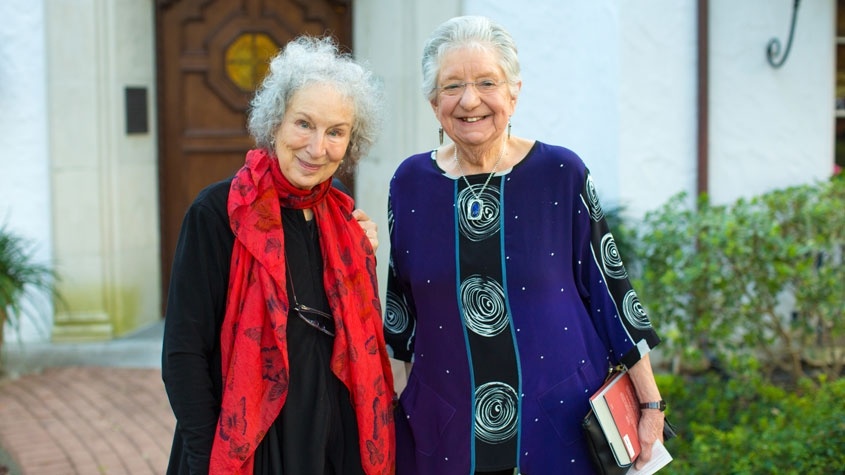 After this year, Grissom hopes to teach occasionally as an adjunct professor. But regardless of her role on campus, she will continue to inspire and ignite a love of learning in future students through the Coleen Grissom Endowed Scholarship. The scholarship has awarded nearly $90,000 to 17 students to date, providing them the opportunity to experience the Trinity she helped build.

For Grissom, her time at Trinity has been the breath of life described in an oft-quoted passage from Barbara Kingsolver. “In my years of serving this institution, I have found the ‘somebodies’ and the ‘somethings’ that continue to keep me from running off ‘screaming into the woods,’” Grissom says. “What a blessing. What a gift.”

Tess Coody-Anders '93 is the vice president for Trinity University Strategic Communications and Marketing. 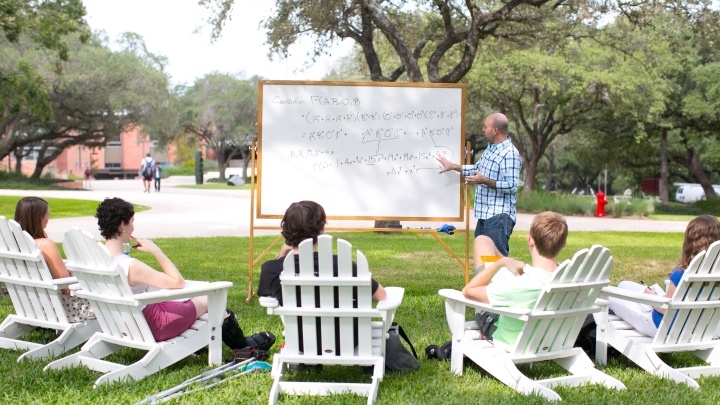 Building on our Past, Reimagining the Future of the Liberal Arts

Wednesday, February 09, 2022
In the midst of crushing uncertainty wrought by the pandemic, Trinity…
The Trinity Story
Trinity News