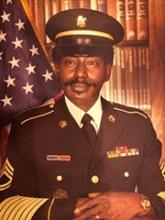 Faculty and staff who had worked with Griffin over the years remembered him for his never-ending smile and happy attitude, diligent work ethic, and ability to make the impossible happen.

“He had a hand in the delivery of Valentine cookies from home to research cells packed on dry ice,” says Bob Blystone, Professor Emeritus, also adding in Griffin’s ability to get important grant proposals and manuscripts shipped and delivered by impossible deadlines. “George had a demeanor that gave other people confidence that everything was in its place,” Blystone says.

“George was always ready to help, and his staff mirrored that work ethic, which is testimony to his good leadership,” remembers Student Life administrative assistant Brenda Black. “It was sometimes tough to make a quick run to the Mail Center 'cause if George was at the window, he was ready to talk and ask about your day–he was genuinely interested. ‘You have a nice day!’ was true and heartfelt sentiment coming from George.”

Griffin served 23 years in the United States Army, primarily as a military policeman and a drill instructor. He was stationed in cities across the country, including two tours in Alaska, as well as overseas (Puerto Rico, Korea, and Vietnam). During his service, he received numerous distinguished medals: National Service, Vietnam Service, Republic of Vietnam Cross of Gallantry, Campaign, Bronze Star, Meritorious Service, and Army Commendation, as well as a Drill Instructor Badge. He retired at the rank of Sergeant First Class in 1975.

Griffin and his wife, Alma, were married for 57 years and had three sons: George D. Griffin III, Eric L. Griffin, and Darvis L. Griffin. They have four grandchildren and one great-grandson.