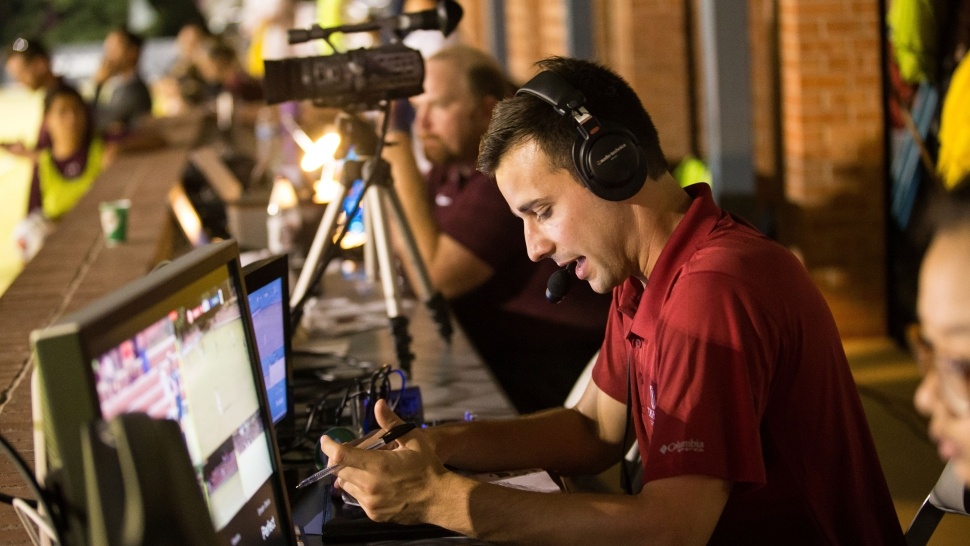 James L. “Lynn” Turner ’62 was looking for a diversion from cancer treatment in 2015 when he ran across the Tiger Network.

He was operating the Orchids Resort, a boutique hotel on the Borcay Islands in the Philippines, but four months of radiation and chemotherapy had taken its toll. Reflecting upon his fun times as a Trinity student, Turner searched for a way to reconnect with his alma mater.

“Living in the Philippines, I welcomed the news that I could follow Trinity University football on my computer,” says the diehard Tiger fan. “The coverage was limited to one camera, but it was a start.” He also could view soccer and later, volleyball and basketball games, but sometimes the commentators were outstanding and sometimes there was no audio, only video. “It was a start,” Turner says again, for emphasis. 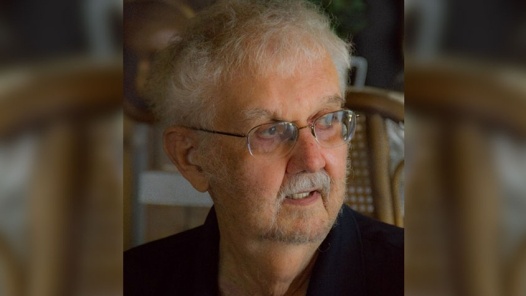 The Tiger Network launched in 2015 and quickly implemented a high-definition stream with a multi-camera setup. Students were recruited as play-by-play announcers and as interns to learn the basics of broadcasting a live sports event.

The first year, more than 50 contests were streamed for men’s and women’s soccer, basketball, and tennis. Lectures were broadcast to a worldwide audience, including a well-attended talk by conservationist Jane Goodall, that reached 7,500 viewers and tripled the capacity of Laurie Auditorium where she spoke. In addition, the Network showcased NCAA soccer games that won praise from opposing institutions and their fans.

The following year, as Trinity’s baseball team was gearing up for its NCAA Division III championship run, the Network included baseball in its lineup, a welcome addition to Turner. He felt it was time for the athletic excellence on the field or court to be matched in the communications arena.

“I decided to donate $100,000 to try and elevate Trinity’s coverage of sports events,” he says. “Hopefully, more cameras will be obtained along with more technical equipment to show replays and other improvements.”

In 2016, the Network offered full broadcast schedules of men’s and women’s soccer matches, basketball, and tennis. Home games in football, volleyball, softball, and baseball helped double the athletics broadcast schedule to more than 100 events a year. Multiple streaming options, including Facebook Live, were implemented to broaden viewership. Through it all, the Network continues to be a valuable internship opportunity for Trinity students.

“Our first soccer announcer was a student, Chris Garagiola ’15, who has a passion for sports broadcasting,” says Joshua Moczygemba, sports marketing coordinator for Trinity. “He was able to call the entire soccer season and use this to build his portfolio that ultimately helped him land a job working for a professional sports organization.” Garagiola now works for the Pensacola Blue Wahoo’s, a farm club for the Cincinnati Reds.

It’s a student opportunity that might have benefited Turner as a journalism major at Trinity. His communication background included two years as sports editor and one year as managing editor at the campus newspaper, the Trinitonian, and as a student assistant in the public relations office. He also kept scores and recorded shots for the basketball team.

In civilian life, Turner went to work at Arbitron, a radio ratings service now owned by Nielsen Audio, to start a department to improve product acceptance and streamline relationships with radio industry owners and radio researchers. He left to take a position at Science Applications International Corp., in Saudi Arabia.

In 1995, Turner built and became co-owner of the Orchids Resort in the Philippines, but he has recently returned to Texas.

“It is fantastic to wake up and sip coffee and watch live the Trinity men's or women's basketball team with multiple cameras and student commentators giving play-by-play,” Turner says. “I want Trinity to have the best sports coverage.”

Echoing the goal of the “best,” the Network has made it easier to follow Trinity in the comfort of home by adding apps for AppleTV, Roku, and Amazon Fire. With additional donations, the Network can purchase high-definition camera equipment, high speed zoom lenses, and an instant replay and highlight package. Such enhancements would give student interns still more learning experiences. Long-range equipment goals would add a mobile production studio for flexibility, an upgraded digital switcher for sideline reporting, and an updated fiber network to bolster connectivity.

“We want to deliver a high quality production that combines valuable student opportunities with world class viewing experiences,” says Michelle Bartonico, director of the Office of Strategic Communication and Marketing, which operates the Tiger Network.

“I hope my donation can jump-start the idea of a state-of-the-art Network for Trinity, and hopefully other alumni donations will follow,” Turner says. “The Tiger Network is an excellent, if not the best, communications link to promote aspects of Trinity life to all alumni and non-alumni worldwide. And it serves as a great recruiting vehicle for every department at Trinity.”

You too can follow Lynn’s example and support Trinity University with a gift to the Tiger Network. Contact Kristine Howland at 210-999-7697 to learn more.