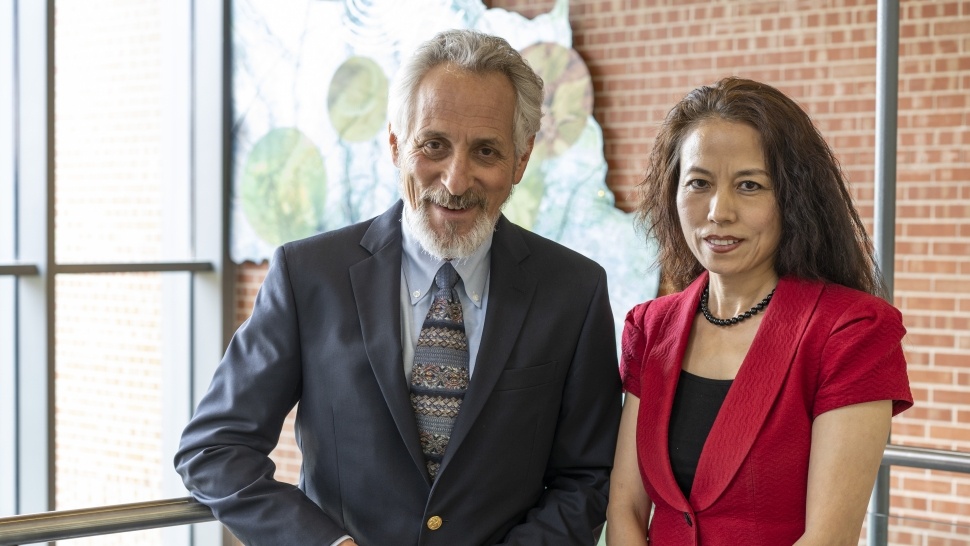 In making the appointments, Vice President for Academic Affairs Dee Jones praised Scherer’s role in the successful reaccreditation of the School of Business by the Association to Advance Collegiate Schools of Business (AACSB) and Yang’s focus on the integration of the liberal arts and sciences with business curricula.

Scherer’s three-year appointment takes effect July 1. As interim dean of the School of Business in 2017, he began laying the groundwork for new thinking about business education.

“With determination and little fanfare, Dr. Scherer has engaged members of the Business Advisory Committee to renewed commitment and promoted a culture of openness, transparency, and partnership between faculty in the School of Business and the remainder of the campus,” Jones says.

Under the leadership of Yang and Eugenio “Dante” Suarez, finance and decision sciences professor, the School’s strategic plan was recently updated and aligned with objectives of Trinity Tomorrow, the University’s strategic plan.

Goals and objectives for Trinity’s School of Business are:

“We have a long legacy of excellence and quality in undergraduate business education as well as a master’s program in accounting,” Scherer says. “We seek to sustain our tradition, which is to prepare our graduates well, while we sustain our faculty contributions to pedagogical, applied, and basic research.”

Scherer has served as a professor of management and as an academic administrator for more than 25 years, including assignments as business school dean and interim dean at both private liberal arts universities and comprehensive public universities.

For more than 10 years, Scherer has been an executive editor for the Journal of Social Psychology and has served on a number of editorial boards of academic journals over the years. He has a portfolio of more than 200 intellectual contributions in the areas of international management, organizational performance, occupational stress, safety management, sustainable business practices, entrepreneurship, research methodology, gender issues in the workplace, and business education. In addition, Scherer has received awards for his research from academic and professional organizations.

In the area of international business education, he has developed, managed, and taught in undergraduate, master, and doctoral degree programs in leadership and global business in the U.S., Latin America, Europe, and the Caribbean. He received funding from the Fulbright Commission three times for his work in Chile.

Prior to entering an academic career, Scherer held managerial positions in the insurance and consumer magazine publishing industries and has consulted with more than 50 organizations on a variety of performance and strategic issues. He also has served on the governing and advisory boards of more than 20 public and nonprofit organizations. He holds a doctorate from the University of Mississippi, a master’s from the University of Redlands, and a bachelor’s degree from Miami University. In addition, he is certified as a Senior Professional in Human Resources (SPHR).

Yang, who is stepping into a newly-created position, will help implement the School of Business strategic plan with emphasis on faculty mentorship and on the development of business research. She also will encourage business students to study abroad or engage in an overseas internship. She was educated in three countries, lived in four and worked in five, as a scholar and a consultant for the United Nations and multinationals, so she has knowledge and experience about cross-cultural understanding and treasures immensely the value of diversity and equality.

She has received major funding from the National Science Foundation, Economic and Social Research Council, British Academy, and the World Intellectual Property Organization and has published frequently since 2000 in peer-reviewed publications such as the Journal of Business Ethics, Journal of World Business, Research Policy, Management International Review, International Business Review, Journal of Strategic Information Systems, and in scholarly books.

Yang holds a doctorate in management science in intellectual property management from the Manchester Business School at the University of Manchester in the United Kingdom. She also holds a master’s degree in economics and international business from the same university and an MBA from the Cyprus International Institute of Management. Yang earned a bachelor’s degree in Beijing. Before arriving at Trinity, Yang taught and held multiple administrative positions at Bradford University. 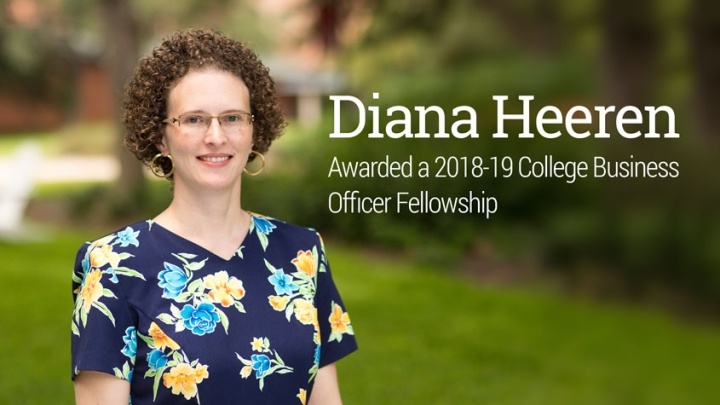