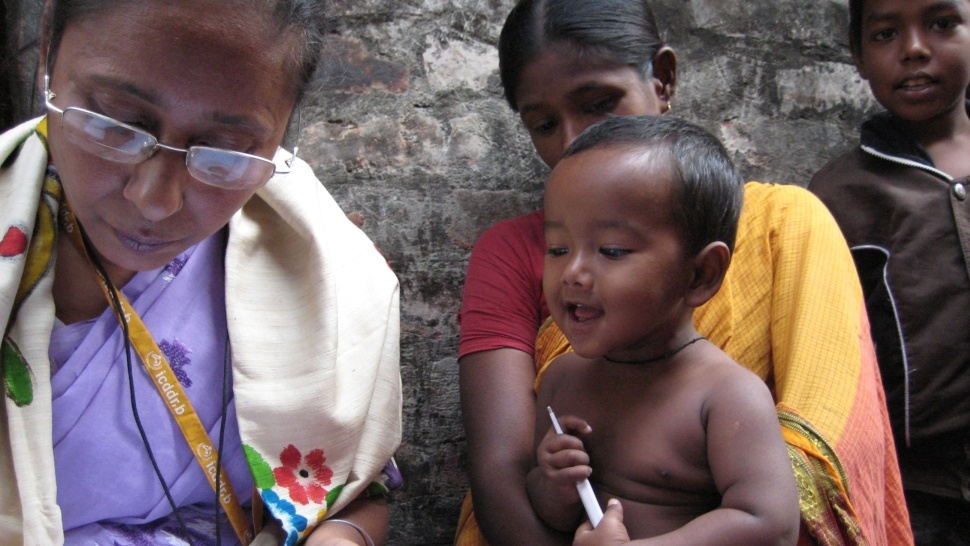 American-born Alyson Rose-Wood ’03 nearly died of malaria in Morocco while volunteering there with the Peace Corps.

She’d contracted the disease several times growing up in Africa as the daughter of U.S. diplomats. Malaria is easily treatable, including in Ethiopia where she picked up the vivax strain in 2003. However, the disease is not endemic in Morocco, so doctors had trouble diagnosing her illness. They tried unsuccessfully to diagnose her for 10 days while she suffered fevers of 106 degrees.

The malaria strain she contracted in Ethiopia can remain dormant for many months, manifesting itself when the patient has a weakened immune system. So when Rose-Wood caught dysentery in 2004 after eating a communal meal, the dormant malaria parasite also invaded her body.

“Other Peace Corps volunteers came to my village and found me unconscious,” Rose-Wood said. The workers drove her two hours to another city, where she was properly diagnosed. Adequate care, however, was still six hours away in Morocco’s capital, Rabat. “They took me to a hospital to get really good treatments, which saved me,” she said. “Only because I was a Peace Corps volunteer did I have access to medicine to be treated. It dawned on me that access to medicine isn’t equitable.”

Alyson guiding a boat on the Omo River in Ethiopia in 2003.

As the world becomes a smaller place, nations on every continent become inevitably linked because of health concerns. Problem is, many Americans don’t realize the need to care about diseases in Africa and Asia.

Such was the case with Read Holman ’06, who earned a Bachelor of Science in biology but wasn’t interested in medical school. He enjoyed working with big healthcare systems and wanted to see the world. During his senior year, one of his English professors asked him if he had considered going into public health.

“I didn’t even know what public health was,” Holman said. “I Googled it, and it piqued my interest.”

He spent the next year in AmeriCorps, helping low-income children get health insurance and mentoring at-risk teens. “The experience helped me realize that the big problems weren’t in a doctor’s examining room,” he said. “The problems I was interested in addressing were–and still are–at the systems level.” Holman soon earned a Master of Public Health from Boston University and now works at the U.S. Department of Health and Human Services (DHHS).

Like Holman, Rose-Wood stumbled upon the same passion as a Peace Corps volunteer. “I wanted to work in the international sphere, but I didn’t know public health existed,” she said. She went on to earn a master’s degree from Harvard University’s School of Public Health (which touts an extensive malaria research and training initiative) and now also works at DHHS, currently deployed to assist the U.S. Centers for Disease Control and Prevention, part of DHHS, in Haiti.

The two alumni met by chance at the wedding of fellow Trinity alumnus Adam Lenert '03, and they ended up discussing how Trinity could add value to its students’ education by offering courses centered on public health. Timing was perfect: H1N1 was beginning to get media coverage, bringing attention to worldwide health issues. So they drafted a letter to Sheryl Tynes, associate vice president for Academic Affairs, urging administrators to incorporate global health into Trinity’s curriculum.

The idea received strong support, especially from biology professor Robert Blystone, who enlisted Rose-Wood, Holman, and faculty members to determine how such a program might be structured. The interdisciplinary nature of public health prompted the creation of a global health concentration within the international studies minor, in an effort to encourage students of all disciplines to participate.

“If you’re interested in global health, it’s important to have study abroad experience, especially in an area that’s underserved in health programs,” Blystone said. “And those who speak the native tongue generally do better, so four college-level courses in another language are recommended.” 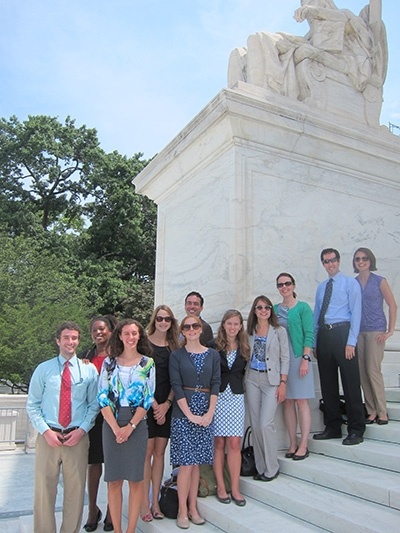 Additionally, another fundamental area of public health curriculum is epidemiology, the study of the prevalence, causes, and effects of disease in defined populations. Such coursework isn’t currently available at Trinity, so statistics–the core of epidemiology–was substituted to ensure students would be prepared for graduate studies.

“Epidemiology looks at factors that come into play concerning health,” Blystone said. “For example, if we wanted to study the role that culture, diet, and peer pressure have on obesity rates for kids in middle school, we would ask: What data do we need to collect, and how should we analyze it to show a relationship?”

“Epidemics are intensely social,” sociology and anthropology professor Alfred Montoya said. “If you have no understanding of how people interact and pass viruses in social groups, you’re fighting with one arm tied behind your back.”

Montoya has been visiting Southeast Asia to study HIV and AIDS for the past decade. This virus, he said, is tied to political and social marginalization, rather than moral behavior alone. “When we create situations in which some groups have little access to healthcare, we’re perpetuating illness in that system,” Montoya said.

Other widespread diseases spring from similar historical, cultural and economic factors, forcing healthcare personnel to learn how societies work in order to be effective.

“There’s no one-size-fits-all approach to dealing with diseases,” Montoya said. “Students must explore the sociological intersection with biology to round out their training.”

Born in Sri Lanka, Aparna Gomes ’14 moved to Honduras as a girl and learned fluent Spanish. At only 8 years old, Gomes attended her mother’s doctor appointments as a translator, triggering her interest in cross-cultural health communication.

Though she graduated with a Bachelor of Science in biology, Gomes took time her last semester to study U.S. diplomatic history in Trinity’s history department. Already familiar with non-American viewpoints, the international student gained deeper insights into the U.S. perspective of world relationships. She believes the knowledge will prove essential as she moves into the job she recently accepted in DHHS’s El Paso office working with U.S.-Mexico border healthcare issues. 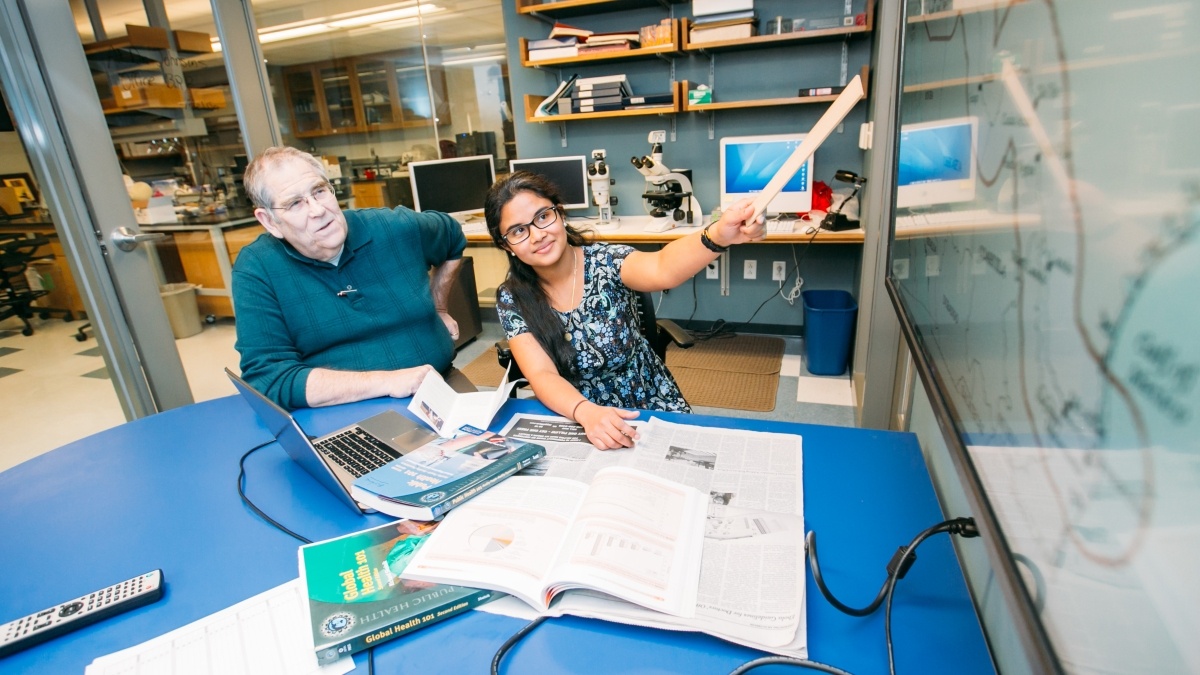 “I am integrating skill sets to approach existing tensions. Some misinterpret differences in treatment recommendations for particular subsets of the population as racist,” Gomes said. “My background in global health helps me explain hard science in lay terms. I can convey that much more than skin color is considered by healthcare professionals when deciding which treatments to offer a patient.”

As Trinity faculty realized, a biology degree isn’t necessary to be effective in public health-related jobs. Rose-Wood graduated from Trinity with English and political science majors. Political science major Toby Merkt ’12 brought his minors in communication and Spanish to the DHHS public affairs office. He uses his strong writing and critical-thinking skills to distribute accurate information without inducing panic about serious diseases. He had never considered working in public health until his internship in Rose-Wood’s office introduced him to a wide range of experiences.

No matter students’ academic interests, graduates from any discipline can find a place to use their skills in the field of global health. Supportive staff and healthcare workers on the front lines are equally important to the progress of the world’s public health crisis.

“There are so many treatable diseases out there that nobody should be dying of, but they’re still dying because they can’t afford medicine or there’s no hospital nearby,” Rose-Wood said. “I hope by my retirement I’ll help reduce deaths from preventable diseases. Everybody should have an equal chance of living a long life.” Monday, February 07, 2022
At a time when a global pandemic ruined so many plans—including Jenny Browne’s…
IMPACT No. 6
Faculty 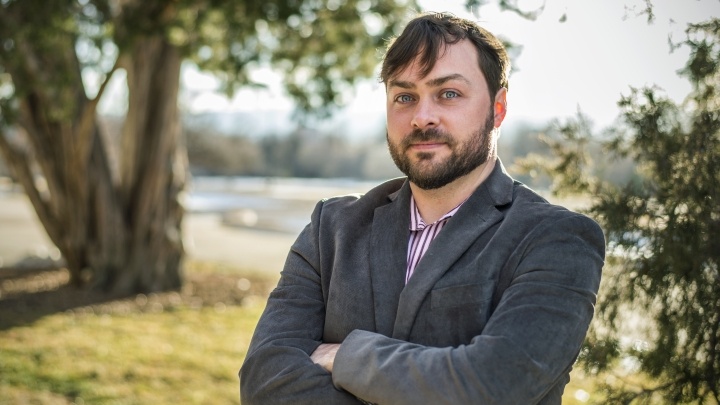 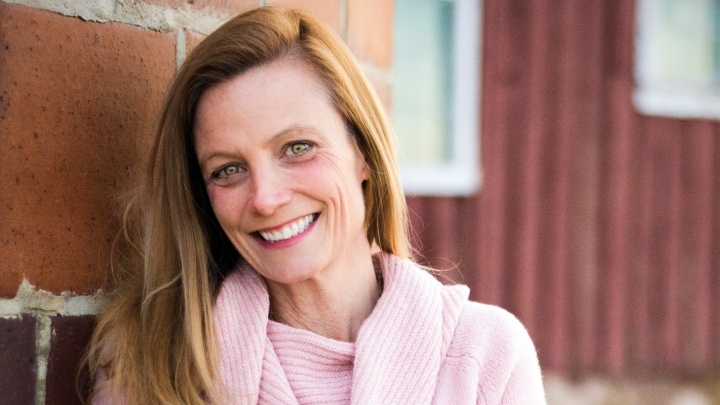