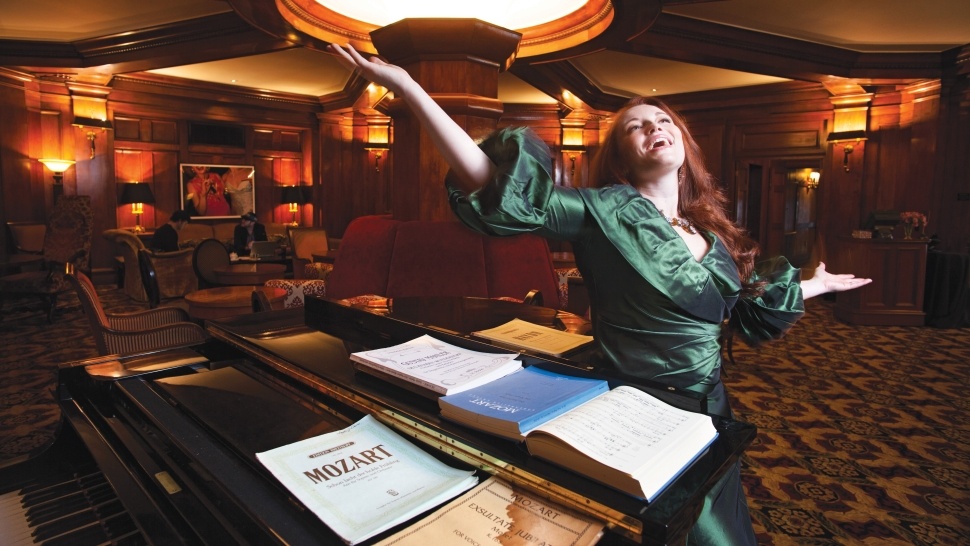 Lyric soprano Sarah Joanne Davis remembers her first opera: “Rigoletto” at the famed Metropolitan Opera in New York City, part of a high school field trip. The bored high school sophomore couldn’t have cared less about the pageantry onstage. “I did not like it,” she says, laughing at the memory. “I spent most of the time playing with the language translation devices on the seat backs.”

Hard to believe that this is same person The New York Times called “a voice with considerable warmth” and the Boston Globe described as “elusive, delicate, silvery and persuasive.” Countless performances at concert halls, festivals, and iconic venues like Carnegie Hall, the Kennedy Center, and Tanglewood have elicited rave reviews—in a field she could have never imagined.

At one fateful ASC conference in San Antonio, Davis spoke with Scott MacPherson, then-director of Choral Activities at Trinity, “who asked me to submit a recording.” After some heavy recruiting and a campus visit, Davis wholeheartedly chose Trinity. “It was the only school I applied to that actually showed personal interest.”

Before her first year, Davis was accepted into a life-changing, intensive summer program in Greve, in the Chianti region of Tuscany, Italy. “That’s where I learned what opera really was,” she says. She studied music, languages, history, and diction, and met professional singers from all over the world in what she calls “the summer of all summers.”

At Trinity, Davis enjoyed solo turns in the Trinity Choir repertory programs as she worked towards a bachelor’s degree in music. After graduating from Trinity in 2004, graduate school at the Peabody Conservatory of the Johns Hopkins Institute was a true Cinderella story—she was cast as the lead in the operatic version of the popular fairy tale, along with roles in Verdi’s “Falstaff” and Strauss’s “Der Rosenkavalier.” She received her master’s degree in voice in 2006.

Laughing with delight at educating one more person on the treasures of art song, this “very underperformed” Romantic-era genre, Davis explains, “It’s music written for intimate, casual, less stuffy performance spaces,” sometimes in people’s homes. The salon-like song recitals with piano accompaniment portray brief musical vignettes centered around poems set to music. “You have about three minutes to paint this little picture, whether it’s about finding love, unfaithful love, or a lullaby.”

Davis and art song seem the perfect combo. She was awarded the 2014 American Prize in Voice in the professional art song/oratorio division. Davis recalls Trinity music history professor Carl Leafstedt encouraging her to “find a niche, to find what I love and do best in singing.” Given her recent prestigious award, art song seems to be a top contender, but Davis admits, “I love it all.”

She also credits MacPherson as a huge influence in her career and her life. “His dedication, his mentoring, his encouragement and his belief in me are all reasons I am the artist and person I am today.”

Davis’s career highlights are numerous and impressive, but she feels her most important credit so far was the premiere of Elliott Carter’s “What Are Years?” at Tanglewood. She worked with the venerable American composer when he was 102 and she was 29. Reviewer Keith Kibler wrote, “Art knows no age. Age is no limit to it.”

Aptly, Davis sees a future with no limits. At home in Seattle, she studies diligently, singing either in a practice room or—much to her cat Sebastian’s dismay—at home (“He doesn’t want to hear it,” she says). Like all artists, she is a work in progress, combining prodigious talent with a heart and soul made to be shared. “Somehow I am able to communicate strong emotion and a genuine love for the music,” she says. “When that happens and the audience can feel it, I know I’m supposed to be doing this.” 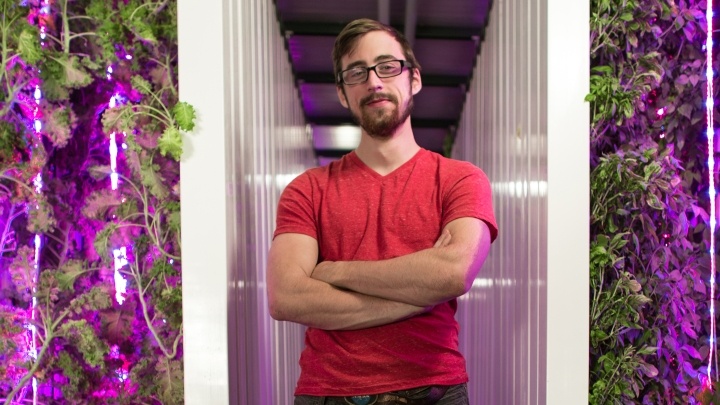 Sunday, February 01, 2015
For someone practically fresh out of school, Mitch Hagney has certainly racked…
Alumni
The Trinity Story 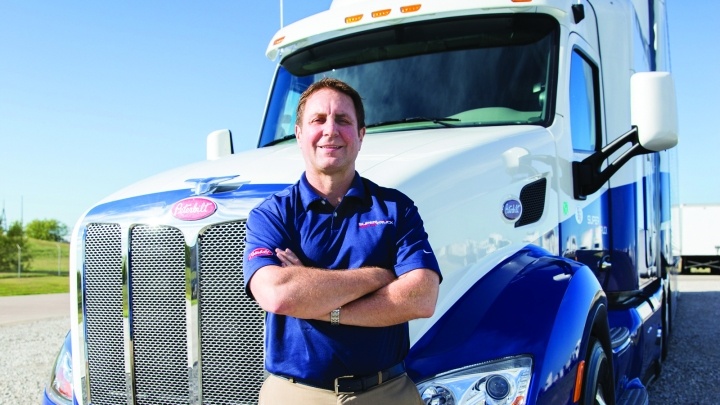