Before it Was Cool: Quick Sip Coffee
Entrepreneur shares his journey to becoming a java drinker with a business plan
Trinity Entrepreneurship
Thursday, March 22, 2018 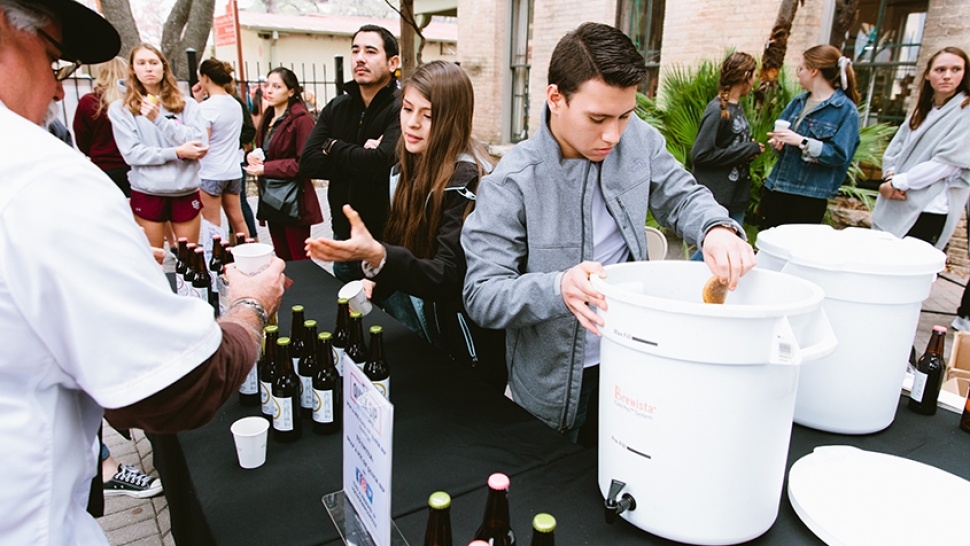 Jacob Hurrell-Zitelman, a sophomore at Trinity University, described the founding of his startup, Quick Sip Coffee, as a process of experimentation. The company began in August 2017 and has retail partnerships with nine stores in San Antonio, including one on the Trinity campus. The student blog, Trinity Entrepreneurship (TE), spoke with Hurrell-Zitelman, who has academic interests in business, marketing, and communication, about his entrepreneurial journey and his hopes for his cold brew coffee company.

TE: Can you describe how you thought of the idea for Quick Sip Coffee?

As a first-year student, I was a little lost and didn’t know my way around campus. I went out a lot and experienced the social life, and thought that owning a bar would be kind of cool. I watched a lot of entrepreneurship videos where people had decided to open bars while in college. I liked the concept of a coffee shop in the morning and a bar at night; I liked that it creates revenue throughout the day. The problem was that I was too young to open a bar by myself, and I had no money. I still pursued that and found a lot of people in the coffee space that were willing to talk to me.

In finding those people in coffee, I found out what real coffee is. That was crazy to me because I didn’t start drinking coffee until my senior year – usually Starbucks, super dark roasted and oily, stuff that was pungent. That’s what I thought to be good coffee. Then I met a guy – James at Pulp Coffee – and he gave me a cappuccino or something, and it had to be the best coffee I’d had in my life. I asked him if there was sugar in the coffee, and he’s like “No, it’s just an espresso shot and milk.”

He mentored me and talked to me about specialty coffee, and about how if you roast the beans right, it makes a really good cup of coffee that nobody really knows about because they are drinking Starbucks everyday. I became so passionate about it that I wanted to start something like that. Once I got into the entrepreneurship class, it gave me a set time to think about it and created an avenue for me to plan what I wanted to do. I’ve grown a lot as a person because of this company.

Cold brew came to me because I tried an Ethiopian brew that James made as private labeling: it was the most fantastic thing I had ever tasted. It was so light, flavorful, and juicy. That and being in Texas because younger people want cold coffee, I just started doing that. It started out with me selling his coffee, and eventually I met my partner and we decided to start doing it ourselves. We went through the whole production process ourselves. We did research and development for about four months, which was painful. Hours and hours of me buying beans and different types of water and putting it together, taking it to my partner and him saying, “This is awful, we have to start over again.” It took a lot of time, but that painstaking process in the beginning really set us up for now where we get very few people telling us that our product is not very good. The people who tell us aren’t coffee drinkers or have an association with coffee that is dark roasted.

What our product is trying to do is not only give people the best coffee we can, but also educate them on what the best coffee is. I was ignorant too, at one point, and I want to be that factor that facilitates people’s interest in specialty coffee. That’s where we (are) now. We’re past the point of just serving coffee; we’re at the point of helping people find out what good coffee is. 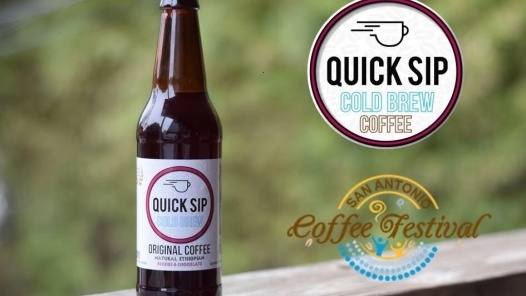 TE: How did you see other companies educating the public, and what is the biggest barrier in getting the public to realize that your product is different?

I think the biggest hurdle we’ve had to jump is just people tasting the coffee. Local Coffee, Estate Coffee, and Pulp do a really good job on their bags of coffee in saying what lot, region, and bean variety it came from. All of those things make the coffee what it is. But the problem is that people don’t want to hear that when they get their cup of coffee. Some people will ask, but I think a lot of companies are reluctant to have that information because it comes off as pretentious. Starbucks is really good about describing their product as an experience, not just a cup of coffee.

The biggest hurdle is showing people what good coffee is, having them taste it, and them asking us why it tastes so good. The most common question we get is people asking us if our coffee has sugar in it. It does not, and that is because it is a certain bean with certain flavors. It has to start with the consumer asking the questions, rather than the producer. Otherwise, it comes off as kind of rude. Once people start to get that understanding of the coffee culture, then it is the communication between the person running the shop and the consumers.

TE: Which coffee shops and methods does your company look up to in San Antonio?

One is Pulp Coffee. Their focus and not straying away from the craft really inspired me to never settle. There’s a lot of coffee companies out there that have good beans but settle on the water or grind size. Pulp never settles – it’s specific and like a science. I respected that a lot. I’ve emulated that in our process. Another company is White Elephant, and we work with them quite a bit now with our cold brew. Their vibe and way of showing the coffee culture as a relaxed environment but still serious and scientific was something I noticed and like a lot.

I like Merit Coffee and Local, but what I found there is that coffee is turning into a pop culture sort of like a Starbucks. That’s OK: I would love to have specialty coffee become pop culture. But I also want people to be aware of the science behind it. I think Pulp and White Elephant do a really good job of combining the two.

Quick Sip Coffee will be part of the Louis H. Stumberg Venture Competition held by Trinity University's Center for Innovation and Entrepreneurship. The the first round of a two-part pitch competition on Tuesday, March 27, 2018. The competition is open to students who compete for a chance to win mentorship and funding for their startup. Known as the seed round, this first leg of the competition will result in five teams receiving $5,000 in funding and an opportunity to take part in the summer accelerator program. The five teams will compete again during the final round of competition in September. This Q&A was adapted and condensed from a student-edited blog about one of 10 teams expected to compete. The March 27 Stumberg Venture Competition is open to the public.

Trinity's entrepreneurship program helps undergraduates become the next generation of real-world problem solvers, embarking on their next adventures.