Like Living in a Postcard
Faith Ozer ’15 protects flying Alaskans as a COVID-19 investigator for the CDC
James Hill '76
Wednesday, September 23, 2020 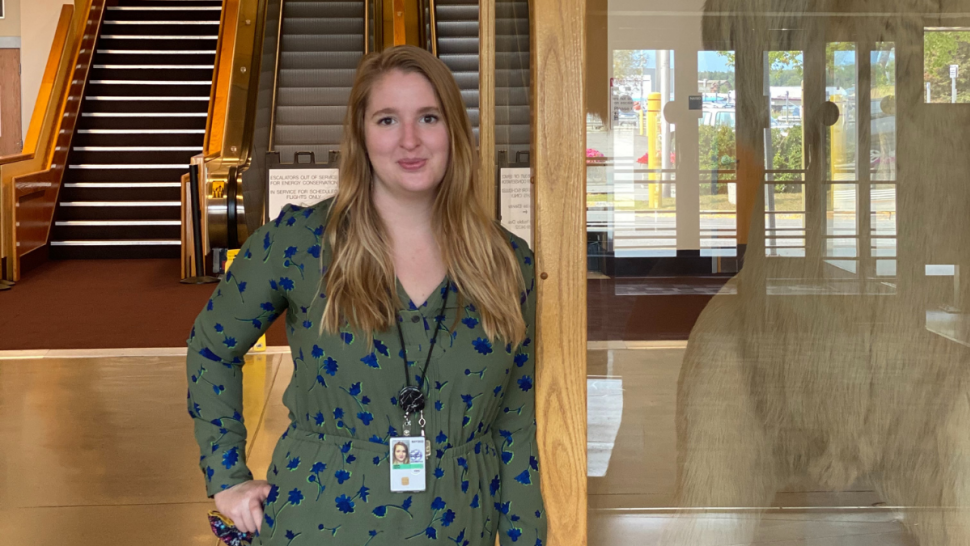 When flying to or from Anchorage, Alaska, people will have a little more Faith, and a little less concern in the midst of this global pandemic.

Faith Ozer ’15 recently landed a position as a public health adviser and investigator for the Centers for Disease Control and Prevention (CDC) at the Ted Stevens Anchorage International Airport in Anchorage.

Passengers arriving in America’s Last Frontier State must complete a traveler declaration form with proof of a qualifying negative test of the virus. If they have not been tested, an examination is required. And for those passengers whose exams come back positive, Faith steps in to facilitate analyses of these people who flew while infectious. Faith also ensures passengers have preventive information while they are still a danger to others. Sometimes, a “do not board order” is issued.

“I love working in Alaska because there are smaller communities in the state,” says Faith, who started her job in early June. “If someone is sick and they fly to a small fishing village up north, the stakes are much higher because they don't have the infrastructure to deal with small outbreaks of the coronavirus. You really are trying to make sure the spread is contained, and people are taking it seriously.” 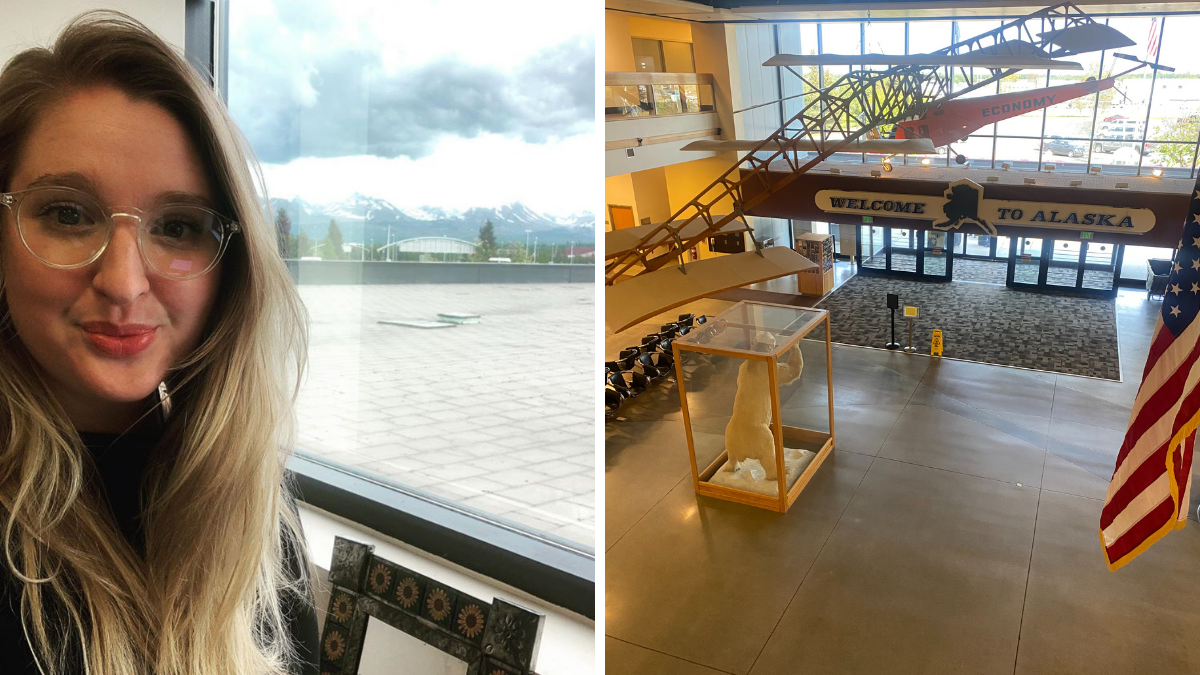 Faith started her work in Alaska as a contractor with Caduceus, an Atlanta-based staffing firm. The company provides medical, internet technology, scientific, and administrative services. She recently became a full-time employee of the CDC.

The La Vernia, Texas, native is well qualified for her current position. Faith earned a master’s degree in public health from the University of Michigan in 2018, focusing on health behavior and education. She says she “worked with brilliant researchers and had the opportunity to study a variety of infections.”

Faith served as research associate for 10 months at the University of Texas Dell Medical School in Austin. She was the study coordinator for women’s health and pregnancy interventions. Faith also was a research specialist at the Texas Department of State Health Services, working on child health outcomes and hospital evaluations.

The future investigator received a bachelor’s degree in anthropology from Trinity in 2015. Among her accomplishments, Faith managed and scheduled meetings and assisted professors with curriculum development and grading. She was part of a month-long trip to Ho Chi Minh City, Vietnam, studying the effects of HIV/AIDS on the population. Faith also was a testing and counseling intern at the San Antonio AIDS Foundation in the Office of Prevention.

“I loved my time at Trinity,” Faith says. “It allowed me to ask the harder questions. Anthropology prepared me for my current work. I especially admired Dr. Alfred Montoya. I remember being in a class and doing an exercise on pandemic tracing. It’s so relevant now, but it’s almost eerie.”

Faith served as editor-in-chief of the Trinitonian from 2012-15. She was responsible for the editorial content and the management of a $100,000 operating budget. Faith worked in reporting and editing capacities and published 43 works.

“The Trinitonian helped me develop my writing skills, which have been such an asset to my career,” Faith says. “You never realize how competitive it makes you to be able to have a correct way to communicate and be able to write professionally.”

Faith resided part of the time in HOPE Hall on campus, where the residents reached out to the San Antonio community. Some of the areas they dealt with were shelter, health, hunger, education, and public policy.

However, Faith also had some fun along the way as she worked as a student instructor with Patrick McMillan in the country and western dance classes. And, she spent time working at the popular Trinity hangout, Bombay Bicycle Club, on North Saint Mary’s Street.

“I would advise students to look at the situation as an opportunity,” Faith says. “This opportunity will make a better education for them, so they can facilitate other things such as online internships. They should not limit themselves to one job title. I’ve changed job titles multiple times, and it has helped me grow and become a more competitive candidate in the public health field.”

Faith says being in Alaska is like “living in a postcard.” She does miss Texas–mainly the food and family–but is enthralled with Alaskans’ attitudes. Faith concludes by saying, “It’s like living in the wild, which is amazing!”

Faith welcomes contact with Trinity alumni and friends through her email address at f.alex456@yahoo.com.