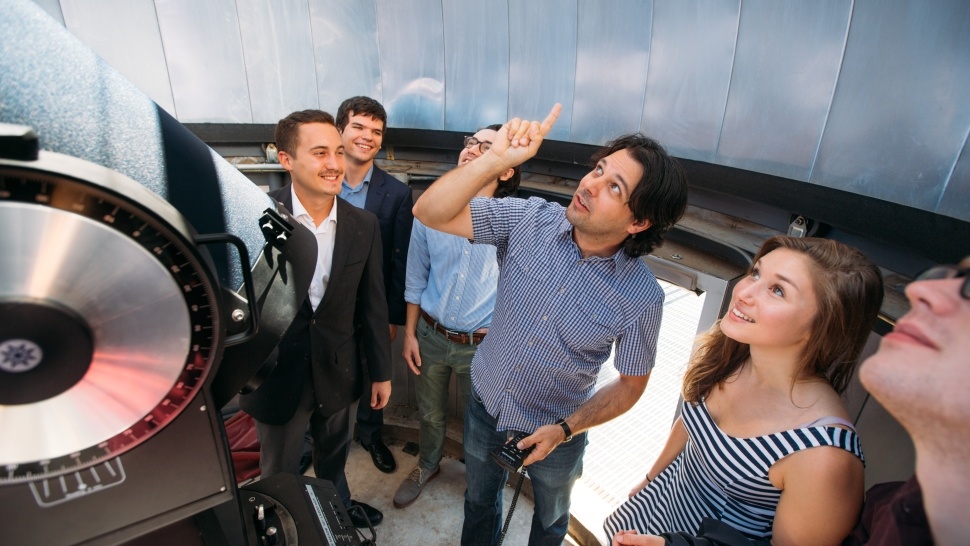 Leading a study using data from NASA’s Chandra X-ray Observatory, Pooley and his fellow researchers soon discovered that this spectacular, stellar collision may have given birth to the lowest mass black hole ever discovered.

“While neutron stars and black holes are mysterious, we have studied many of them throughout the Universe using telescopes like Chandra,” says Pooley. “That means we have both data and theories on how we expect such objects to behave in X-rays.”

The new mass created by the collision - observed at 2.7 times the mass of Earth’s sun, is labeled as GW170817. The object still needs to be confirmed as a black hole, but that’s where most of the signs are pointing, according to a NASA release.

But while this potential black hole might physically be petit, the circumstances of its creation could be an enormous addition to the existing playbook for the creation of black holes.

All stars die when they run out of energy, but die in different ways depending on their size. Moderately-sized stars can simply collapse and become smaller white dwarves or neutron stars, but massive stars can suffer a gravitational collapse so colossal that the resulting hypernova explosion creates a black hole.

GW170817 is unique because it was created from two separate neutron stars, both exploding with range of each other’s gravitational waves and getting pulled together.

“GW170817 is the astronomical event that keeps on giving,” said J. Craig Wheeler, a co-author on the study from the University of Texas. “We are learning so much about the astrophysics of the densest known objects from this one event.”