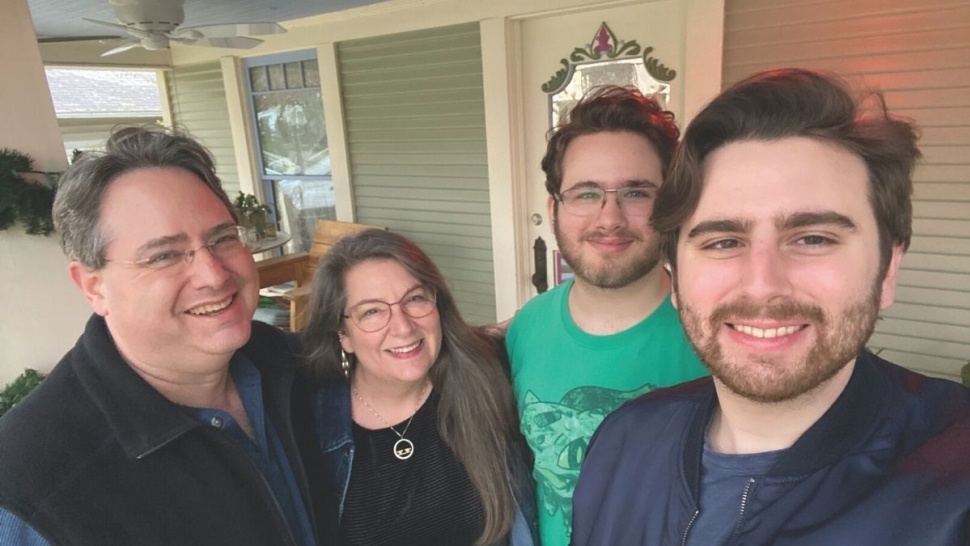 In Praxis
Parent and alumnus reflects on having student home for spring semester
Martin Hajovsky '87
Thursday, May 14, 2020

The day Trinity made The Call regarding the rest of the semester, I was in the car with our sophomore son. He had just gotten back to Houston after visiting his brother in New York, and with the way things had been going that week–with the evening’s events bearing very little relation to the morning’s optimism–we were fully expecting the news from Trinity to be what it was.

To his immense credit, by the time he went to bed that evening back at home, he had a plan in place. We’d head to Trinity Thursday morning, collect his things, and get back to Houston. He said not everyone would be able to turn things around that quickly, and he wanted to get there and get out of everyone else’s way as soon as he could. The one caveat is that he also planned to go back three days later to say goodbye to his roommates, who would not be able to get there until then. 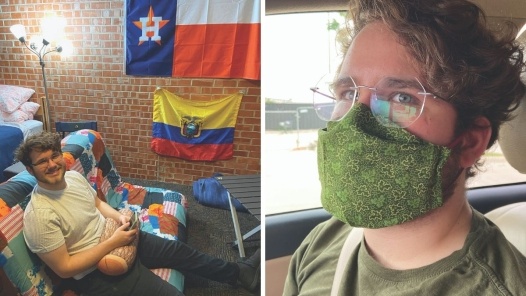 Martin Hajovsky's son moved out of his residence hall and had to adjust to his new reality.

As you can imagine, the second trip did not happen. Nor gathering with other Trinity students in town. Nor his high school friends. Other than some small walks and errands, Trinity University for all intents and purposes is the room upstairs in our house; study carrels in Coates Library now the floor of his room; the trip to Mabee Hall the walk to the kitchen. (Though my idea of installing a TigerBucks slot in order to access the refrigerator and pantry has yet to pass Committee scrutiny.)

My wife graduated from Trinity in 1985, and I followed in 1987. When our son started his college search, Trinity was at the top of his list. We told him at the time he would not hear one negative word about Trinity around here, so he needed to look around to make sure we were not unduly influencing him. For just under 40 years (40 years? ohmahgerdness!) Trinity has been the place that has defined the beginning of our adulthood. We return frequently because there have been many places we have lived, but only one counts as our first true home away from home. We met each other there, first fell in love there and started our lifelong path that has been typified by what we as Trinity students understood to be “The Trinity Way,” meaning that any day you learn something new is a good day. We became Trinity alums, but we never stopped being Trinity students. 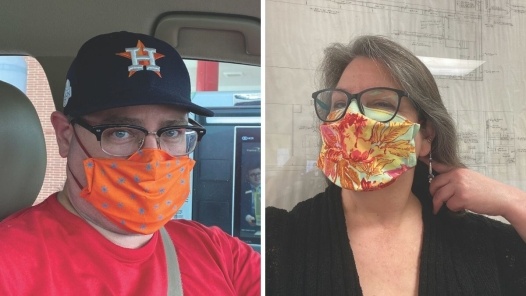 Martin and Theresa Hajovsky met at Trinity and built a life together.

This semester, we have had to reorient our minds radically around what “being a Trinity student” really means. Absent that wonderful place, are you still one? Well of course the answer is yes. We’ve always known that much in our heads. However, now, as both parents and alums, we are seeing that answer in practice, or as our former professor Paula Cooey would have said, in praxis. It is staying focused and disciplined, adapting to new and completely unforeseen circumstances, feeling and expressing your frustrations but not letting it get in the way of your work, being good and kind to others, asking questions again and again and again, then getting answers, and asking some more. Experiencing his whole “synchronous remote learning” gig, our son is called to be a Trinity student way more than we ever were.

In my first year at Trinity (as dinosaurs walked the Earth), I was in a physics study session with several friends in a room we had commandeered in Marrs-McLean. We were all struggling with a problem dealing with forces and motions when the then-chair of the department, Fred Loxsom, poked his head in to see what we were doing. He suggested a minor adjustment, and then added: “Yeah, I see what you’ve got there, but of course, put it all on an elevator and then you’ll have a REAL problem!” (We ushered Dr. Loxsom out of that room with some ferocity.)

Right now, we’re all on Dr. Loxsom’s elevator. We thought we had it hard before, but now we’ve all had to step back beyond our familiar ways of doing things, and ask ourselves, “OK, what do we do next/now as things get just that much harder?” We see in our Trinity student his experiences with the school we know so well. He is having to be a Trinity student in practice as well as embody one in praxis. We have had to interact with him on that basis as well, using skills we learned at Trinity to do so.

We are all learning something new every day, and you know what? No matter what else, that makes today a good day.

Martin Hajovsky ’87, P’22 is a writer, editor, and tutor who served as a regional editor for the Houston Chronicle for 24 years. He and his wife, Theresa Gregory ’85, live in Houston.