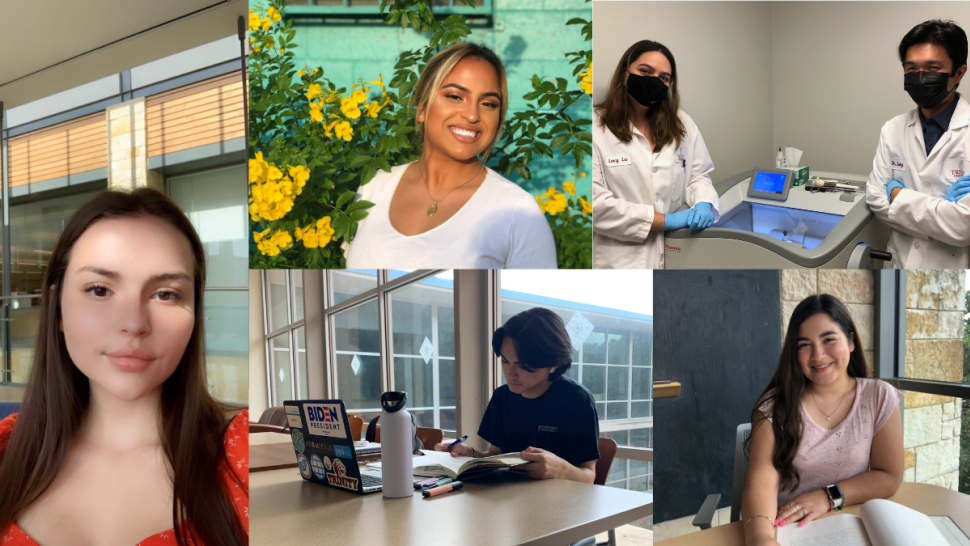 Students explore their academic curiosities with the help of a professor as they develop skills to help them succeed in doctoral studies. McNair Scholars operate on three pillars: undergraduate research, academic enrichment, and graduate school preparedness. At the heart of the McNair program is a paid summer research experience that allows Scholars to conduct one-on-one research with a faculty mentor.

Meet the McNair Scholars that contributed to Summer 2021 research projects: 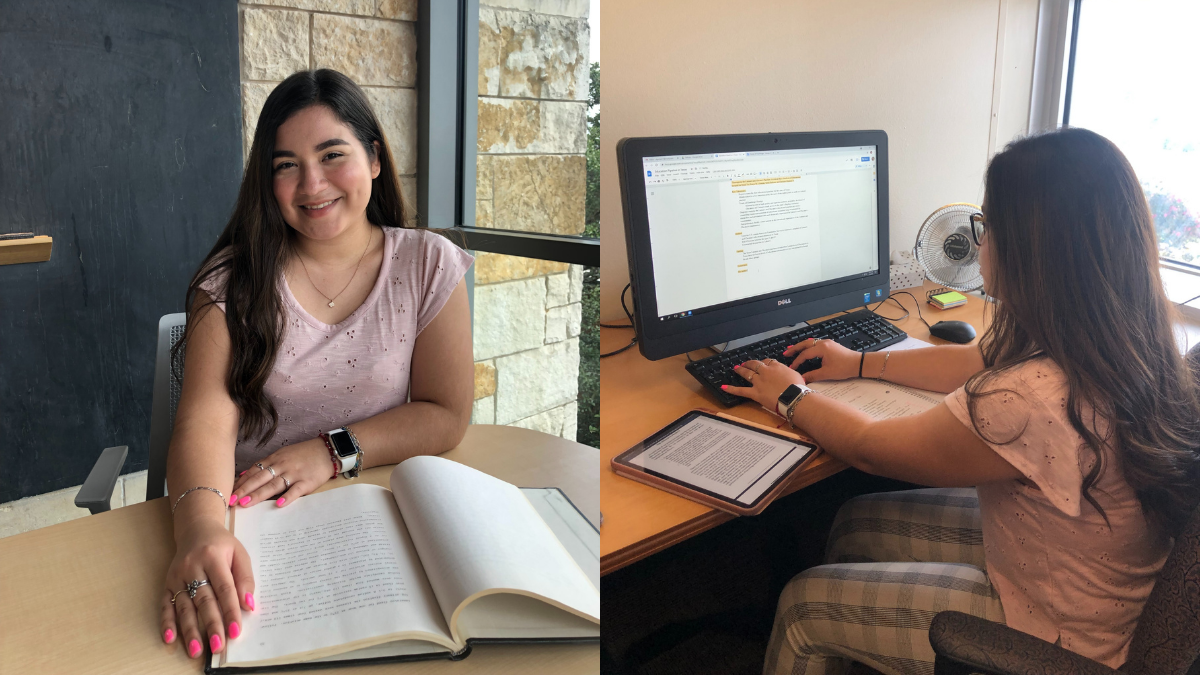 This summer, Gonzalez joined education professor Enrique Alemán Jr., Ph.D., on an ongoing project regarding the education pipeline of Latina/o students in Texas, conducting the preliminary analysis on interviews held with first-generation Latina/o students who participated in Alemán’s study.

“As a first-generation Latina student, I reflect about my personal experiences with the educational system and pipeline," Gonzalez says. "My interest has been to learn and inform myself, as a Latina, of the issues that further marginalize my community."

Doing research alongside Alemán gives her the opportunity to gain knowledge and bring attention to the struggles that Latina/o students face.

“This research has inspired me to continue to grow as a scholar and prepare myself to contribute to improving the education system for the next generation of Latina/o leaders," Gonzalez says. "Dr. Alemán has been a great mentor in helping me ease into the world of academia. As well as the McNair Scholars program for giving me the opportunity to do research that will better prepare me for graduate school." 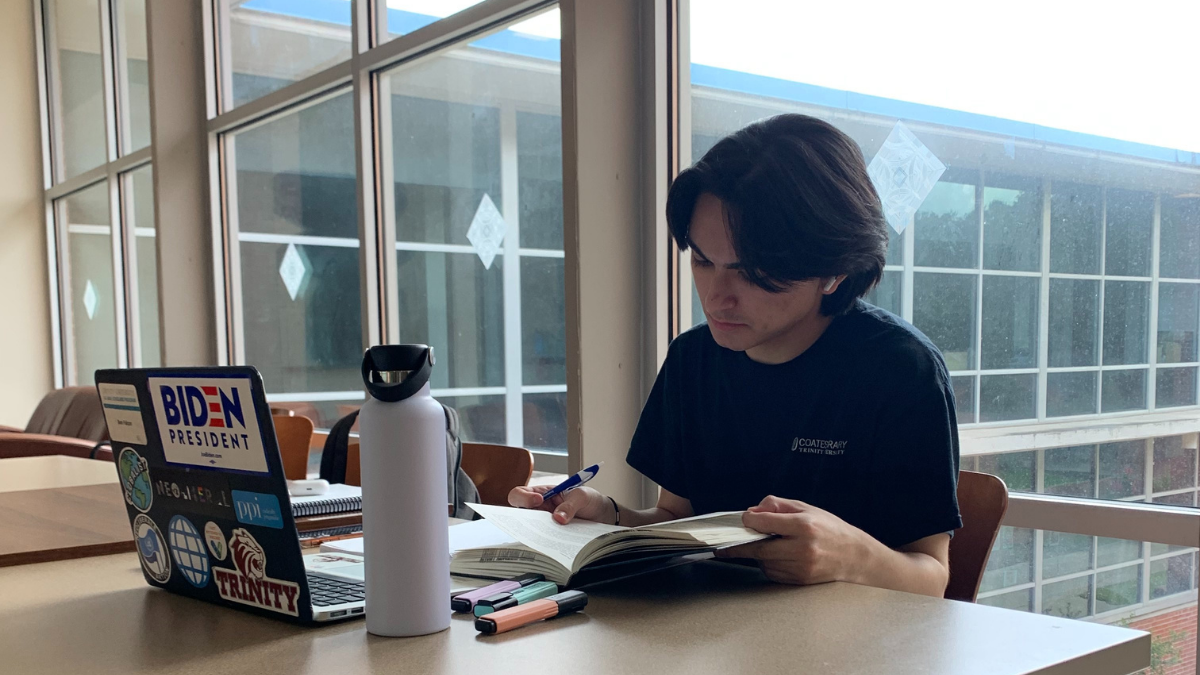 This summer, Falcón has been working alongside professor Scott Wolford, Ph.D., from the Department of Government at the University of Texas at Austin. Falcón’s project, "Peace and Great Power Conflict in Asia, 1816-2010," seeks to fill the gap on peace settlements by exploring bargains struck both within sides (between former coalition partners) and between belligerents and third-party states, such as the great powers, interested in the war's outcome.

Peace settlements define the international system’s structure, allocating political goods like territory, wealth, populations, and authority among states. Falcón has surveyed and collected data on all state parties to peace settlements for wars in East and Southeast Asia ending between 1816 and 2010. Explaining why some settlements last and others collapse back into war can generate insights into the causes of war, the effectiveness of proposed policy interventions, and the stability of local, regional, and global orders.

“My work shows that within-side and third-party bargains are quite common and are an under-appreciated source of the breakdown of peace settlements,” Falcón says. “I am fascinated by the intersection of policy and political science scholarship and after the project. I will be applying to Ph.D. and master's programs in political science and international policy. My goal is to expand my knowledge of international security and prepare for a life-long career in public service.” 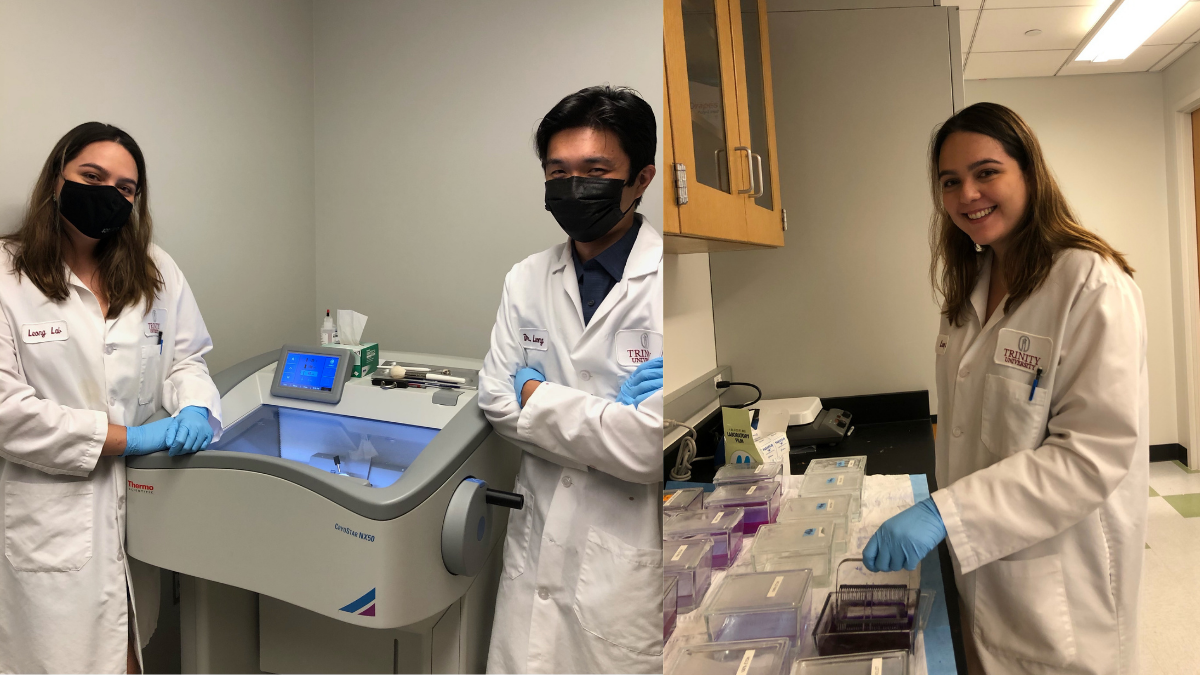 “I’ve always known that I wanted to work in a lab,” Gonzalez says. “The McNair Scholars Program has helped me shape my aspirations into reality by providing the opportunity to do research this summer. After getting immersed into the world of behavioral neuroscience this past semester and summer, I am more sure than ever that I want to go to graduate school to pursue a Ph.D. in neuroscience.”

As part of her research with psychology professor Kah-Chung Leong, Ph.D., Gonzalez conducted an experiment to observe how alcohol consumption affects spatial memory by administering alcohol to rats. They then used a behavioral model of memory that requires the rat to solve a maze. So far they have found that alcohol impairs the retrieval of hippocampus-dependent spatial memories.

“Alcohol abuse is a prevalent issue in our society, and our expected results would highlight the detrimental effects of alcohol on different mammalian memory systems," Gonzalez says. "Specifically, our project focuses on the mechanisms underlying memory retrieval and how alcohol consumption influences learned and habitual behavior." 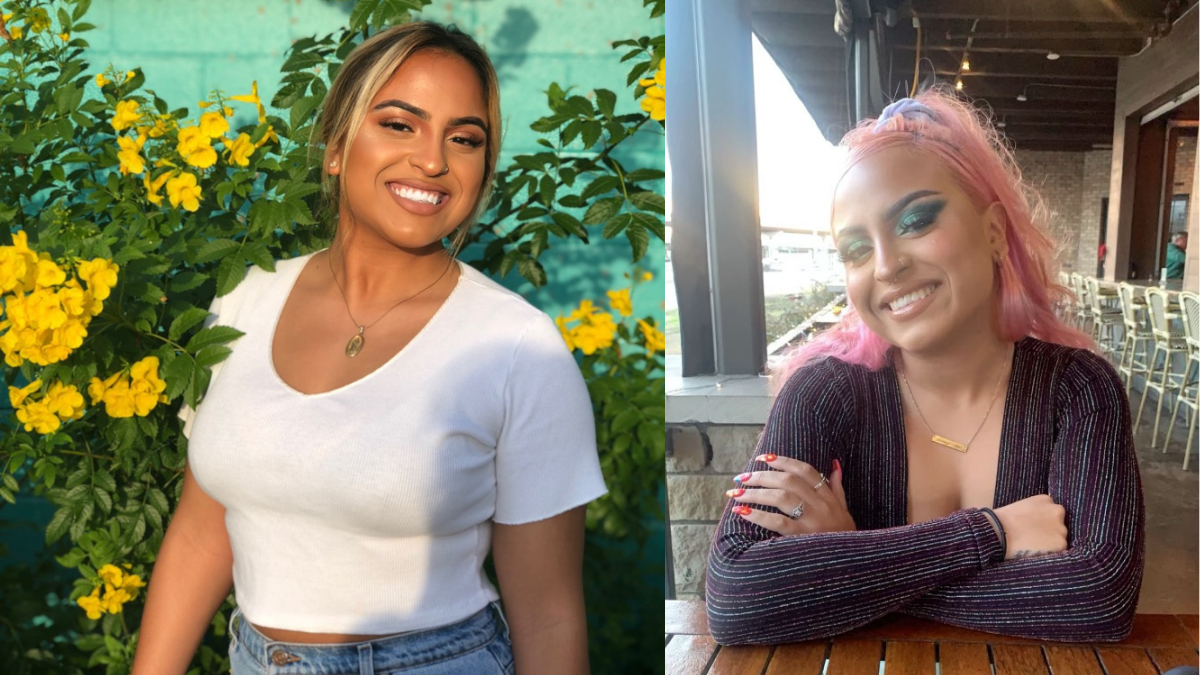 Elly Gonzales and mathematics professor E. Cabral Balreira, Ph.D., have used math and computer science to conduct research by making models of the city of Austin based on population density congruent with minority/majority populations (non-Hispanic and Hispanic residents) and running a code that defines different districts within the city.

“Being from Austin has opened my eyes to many racial and economic disparities in my hometown,” Gonzales says, “which led to an intersectional research interest in political science using mathematical analysis and application. I had heard about Dr. Balreira's work with gerrymandering using math and computer science as research tools and wanted to take on a project that was more personal to me.”

Gonzales and Balreira examined how the east and west sides of highway I-35 entail two very different sides of the same city, with a long history of pushing minorities to the east in the early 20th century after segregation was ruled unconstitutional.

“Since I was in high school, I wanted to study math for this exact reason, to use something I'm good at to fix and bring awareness to social and political injustices,” Gonzales says. “This research has definitely strengthened my desire to use academia as a means of pursuing justice, as well as helped me find an interest in what I would like to study, post-grad.” 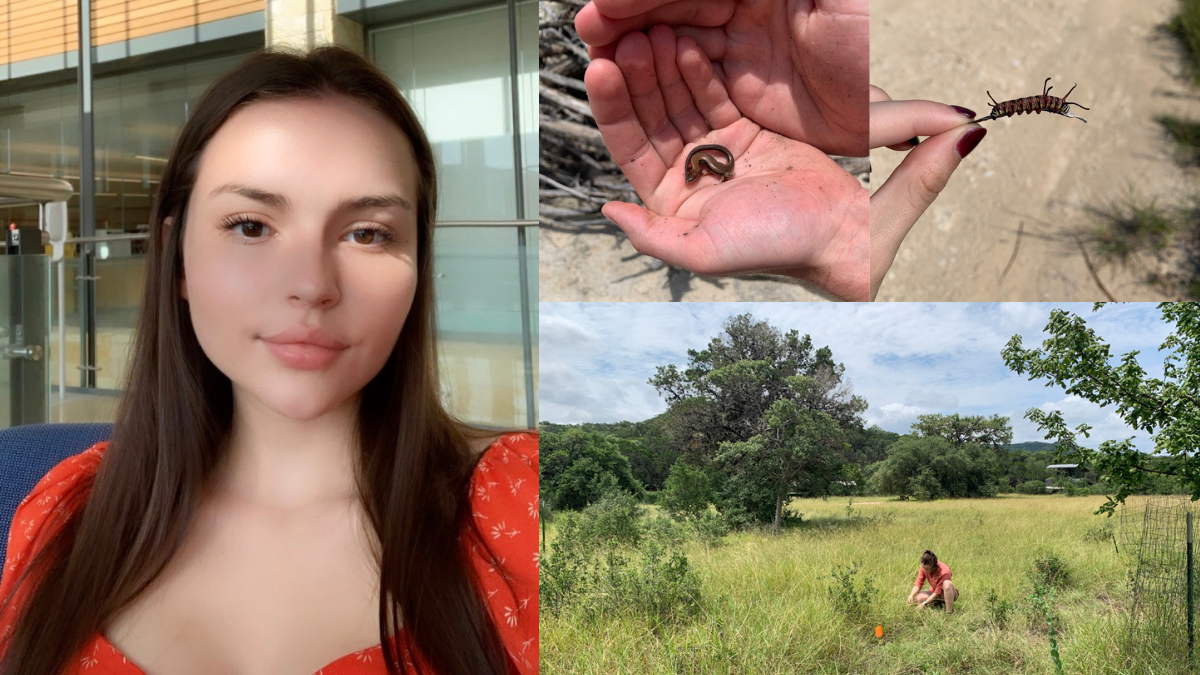 “I first joined the McNair Scholars program when I was a first-year because I was interested in pursuing graduate school,” Briggs says. “A lot of the work we do is based on how determined you are to learn the material. I obtained a drive to go out on my own and search for answers to my own questions.”

For Brigg’s research, she went out to different properties with biology professor Kelly Lyons, Ph.D., and collected several samples of native Texas grasses and one invasive species. In Texas grasslands, there is an increasing amount of KR, an invasive grass Briggs studied this summer. KR also seems to do well in disturbed lands, and Briggs is looking at how fungi mediate competition between native and invasive species.

“I think that doing research is very eye-opening in that with science people typically believe that it is fact and that we know everything, which is far from reality. There is still so much that we do not understand, and that's the beauty with research. You are able to take prior knowledge, ask questions, and try to answer them,” Briggs says. 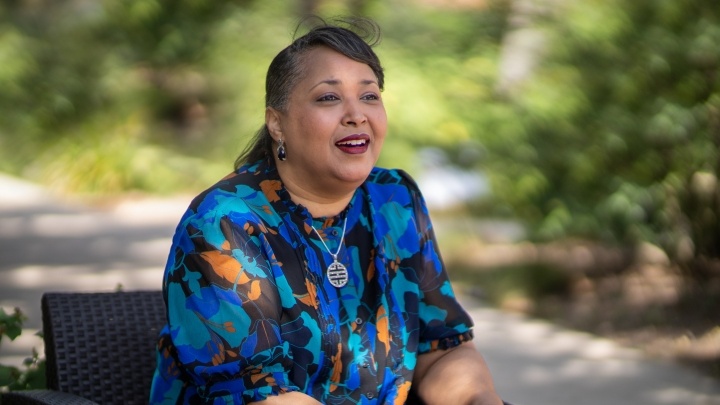 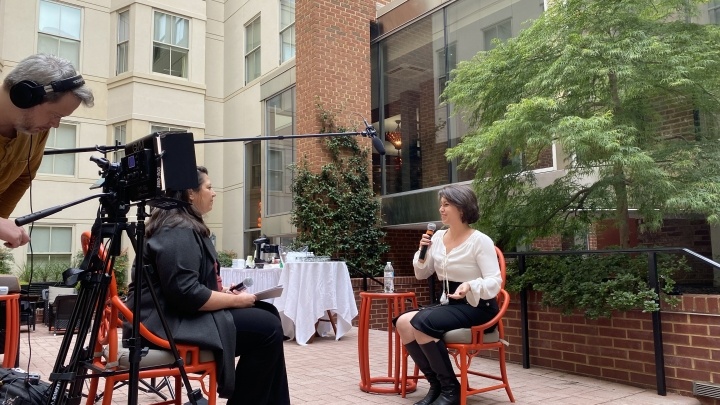