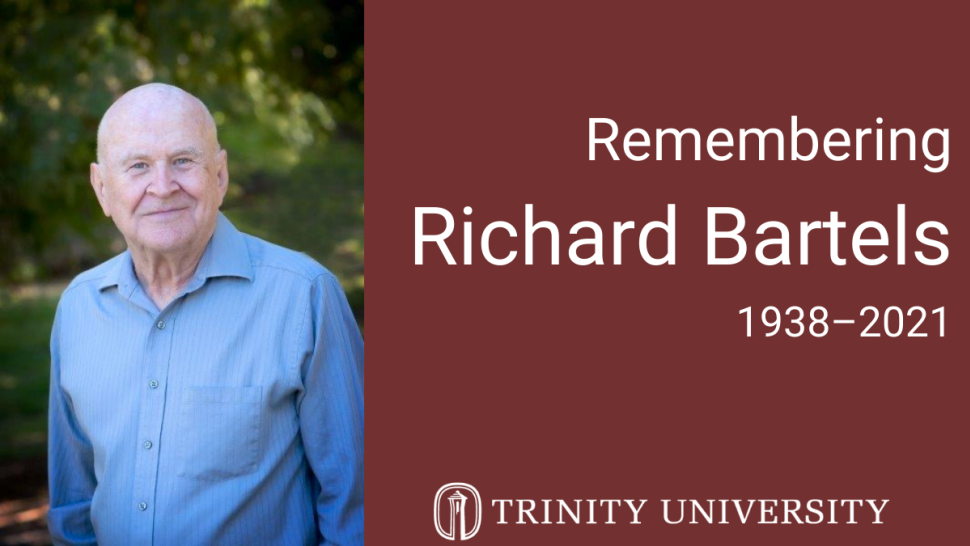 As a teenager in chilly Saginaw, Michigan, Richard (Dick) Bartels made a major vocational decision. He wanted to be a physics teacher in a small liberal arts college situated in a warm climate. Bartels earned three degrees in physics from Case Institute of Technology in Cleveland, Ohio. His interest in classical music flourished in college where the Cleveland Symphony Hall was adjacent to the campus. (Little known fact: He once earned a dollar serving as one of the spear carriers in a Met production of Aida.) After finishing his Ph.D. in 1964, Bartels attended Princeton University on a two year post-doctoral fellowship in an engineering program studying high pressure effects on various materials. In 1966, he accepted an offer to teach in the Department of Physics at Trinity, a position he retained until retirement in 1999.

During his Trinity career, he served on numerous campus committees including chair of the curriculum council, chair of the Trinity AAUP Chapter, and chair of the committee charged with oversight of experiments on human subjects. Beyond campus, Bartels served the American Association of Physics Teachers as the liaison between the National and the Texas groups of this organization and read papers usually dealing with physic teaching methodology at regional and national meetings. In 1987, he received an “Award for Distinguished Service” from the National group and in 1989 an “Award for Outstanding Contributions to Physics in Higher Education in Texas.” His publication record includes theoretical articles in scholarly journals dealing with a variety of physics-related topics.

Closest to his heart, however, was interacting with students as a mentor and teacher. In addition to standard courses on general physics, optics, and thermodynamics, Bartels offered a course for non-science majors entitled Sound Waves and Light Waves. The course was in three parts: waves in general, sound waves and music, and light waves and color. During his Trinity career, Bartels taught the course 45 times.

In retirement, Dick and Shirley Bartels were involved in a variety of volunteer activities. Childhood friends, they recently celebrated 56 years of marriage. As members of the San Antonio Audubon Society, they undertook care of the Judson Nature Trail in Alamo Heights and counted birds as part of the Audubon Society’s annual Christmas Bird Count. Dick taught as a docent at Mitchell Lake Audubon Center in southern San Antonio, where he escorted children on four-hour field trips to learn about animals, plants, rocks, and woodlands.

Family relationships had always been primary for the Bartels. They had three children and six grandchildren. Sons Steven and Keith are Trinity graduates, Class of 1986, and daughter Janet holds degrees from Cornell and Yale Universities. Each of the grandchildren enjoyed trips with their grandparents to places like Yellowstone National Park, Grand Tetons, Grand Canyon, and Mount Rushmore. Shirley and the oldest granddaughter took a trip to Greece, and Dick and Shirley recently made an extended visit to New Zealand.

The Bartels nurtured their love of classical music and had season tickets to the San Antonio Symphony and attended live productions of the Metropolitan Opera at special showings in local movie theaters. 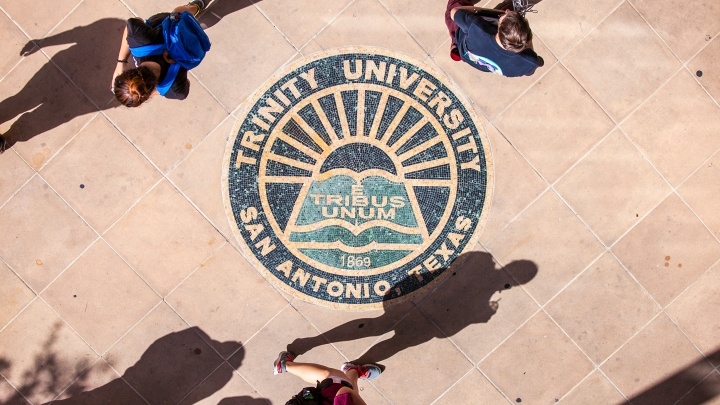