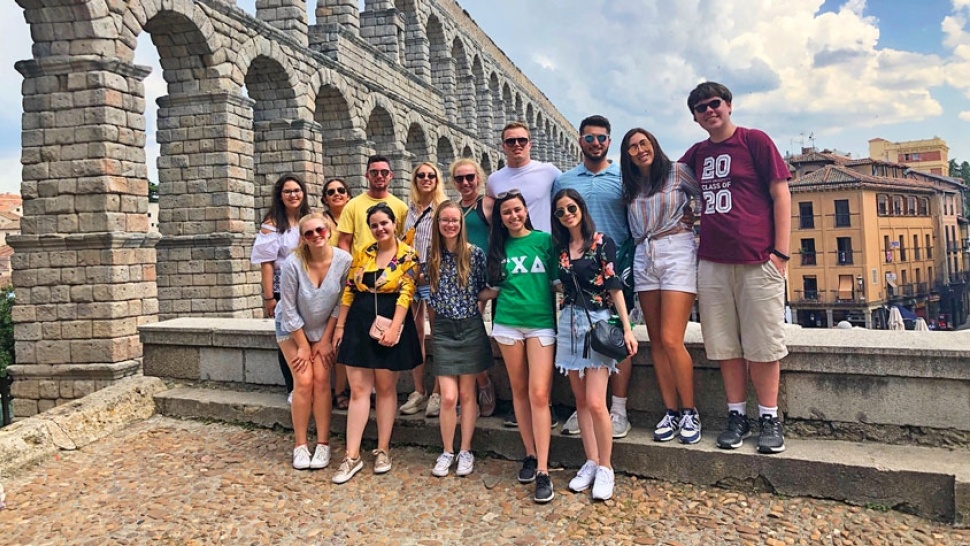 As part of the six-week experience, run by Trinity’s Mexico, the Americas and Spain (MAS) program, Pedraza and 17 classmates interned for Spanish companies, took classes led by Trinity faculty, and spent their evenings immersed in Madrid’s vibrant culture.

But Pedraza wasn’t expecting to be called on to on help an official San Antonio economic delegation open a door for Spanish investment in San Antonio.

“We went from being in a classroom to being in a room full of CEOs. I’ve never been in a room with that many high-ranking people, and we got to make connections with all these Spanish companies,” Pedraza says. “We helped these companies in Madrid see there is commercial potential in San Antonio.”

A major draw for the Alamo City is its host of young, bilingual entrepreneurs who can help these international businesses set down roots in Texas. Ideally, these entrepreneurs are well-versed in San Antonio’s startup culture, but also have international experience in Madrid.

Trinity University was invited to become an official part of the delegation, says finance and decision sciences professor Eugenio Dante Suarez, because it could help the Texas team drive this point home: Trinity and San Antonio can offer a talented labor pool to Spanish startups looking to expand to Texas.

The MAS Madrid Summer Program already matches students with Spanish companies in Madrid for six weeks, Suarez explains. Now, Trinity's Entrepreneurship program is poised to offer participants an innovative twist: These students will get to keep working for their Spanish companies from right here in San Antonio in the fall.

“This delegation has opened the door to a new model of experiential education,” Suarez says. “Our students will continue to work on their projects when they return home, thus providing a seamless landing for their companies when they expand their operations to San Antonio.” 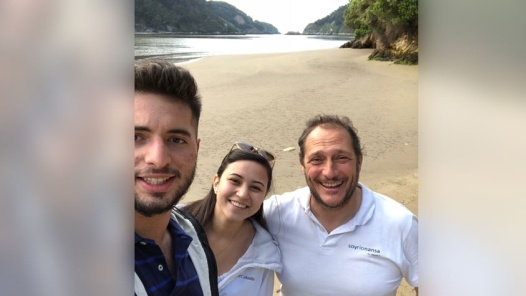 Through the Summer in Madrid Program, Pedraza (left), Nicole Stackmann '19 both interned for EIE founder and Executive President Antonio Sainz.

Pedraza’s experience can offer a glimpse of what this Trinity-led partnership will look like in the future.

Pedraza spent this summer interning for Soyríonansa, a gourmet fish packing company. Soyríonansa—part of parent company the European Institute for Entrepreneurship (EIE) - wants to expand to gourmet grocery stores in Texas. So this fall, Pedraza will serve as the company’s boots on the ground: helping Soyríonansa make its pitch to local stores in San Antonio through communication and PR ventures, advertising, and other avenues.

“I even brought back some cans of the product with me so I can show it to store owners,” Pedraza adds.

Pedraza says he also has offers from multiple other companies within the EIE framework to continue working in San Antonio this fall. For a student who just expecting to return home from Spain with memories, a new Facebook album, and a fresh update to his resume, that’s not a bad way to spend the summer.

“Being part of Trinity's MAS and Entrepreneurship programs has been so much more than we all expected,” Pedraza says. “Before I came to Spain, I couldn’t see myself doing this—being an entrepreneur, being a professional. This opened my eyes to what it takes to succeed out there in the real world.”