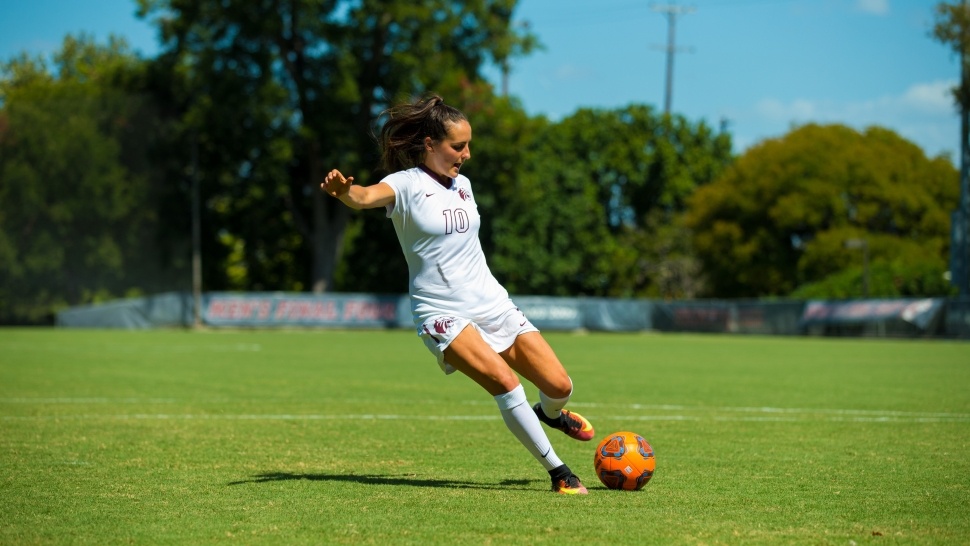 Savor the Sunrise
Senior soccer captain, researcher, and volunteer reflects on her journey through Trinity
Abigail DeNike ’20
Wednesday, May 15, 2019

“Life isn’t about becoming something. It is about unbecoming everything you aren’t meant to be.”

This is the mantra of Chelsea Cole ’19. Cole is a bit of a legend on campus. The neuroscience major is known as an acclaimed soccer player, stellar student, student-researcher in two labs, and humanitarian. She has accomplished incredible things in the past four years, including studying in a different country, making the All-American Division III soccer team, and holding a public health internship at the Centers for Disease Control and Prevention (CDC) in Atlanta.

When I asked Cole about what inspires her to take so much on and do it with such positivity and gratitude, the importance of balance came up right away. Cole explains that learning to balance her interests, sport, and studies is a continual process of growth and adaptation.

“I owe a lot of it to my team,” Cole says. “When I came to visit Trinity, it was a different environment than other schools. The team emphasized that you have to be a good person and a good student first, and soccer is important but not your primary job. It is really encouraging to have those people around you to ground you.”

She thought back to her 6 a.m. soccer practices, admitting that waking up that early was “not that fun.” Still, the little things carried her through, “like getting to be with my team and see the sunrise every morning.”

And along with the little things that grounded her, Cole found that three personal priorities shaped her Trinity experience: finding her genuine interests, doing things for other people, and never letting herself get too comfortable.

“It is important to not follow a path just because you are told it is the best thing to do, or you want to meet someone’s expectation,” Cole believes, so she has let her curiosities and passions drive her journey at Trinity. She entered college as a pre-med student because she was unsure of the direction she wanted to take with her neuroscience major. She first became interested in the field of public health when she went abroad to study at DIS Copenhagen the summer between her sophomore and junior year. 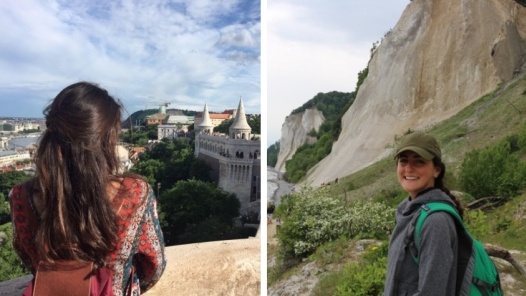 “Exposure to a different health system and culture got me thinking about health disparities between countries and how people approach health differently,” Cole explains. And Cole has always had a passion for health; she even woke up at 5 a.m. before my interview to fit in a pilates class.

Upon her return to Trinity she took Heath, Illness, and Society taught by anthropology and sociology professor Alfred Montoya and began to seriously think about a career in public health. She wants a career where she can improve the health of people by holistically improving their environment, rather than working within the framework of a medical setting where issues are usually treated in isolation.

Cole continued to learn about the social, economical, and political influences on health during her time at the CDC the following summer. During her internship, she worked on a project that focused on maternal health and cardiovascular disease. Cole explains the reasoning behind her project: “Currently we do not have a lot of data on the mother’s health—typically we just focus on the baby. I completed a data project helping plan how to create surveillance measures that measure cardiovascular health of the mother during pregnancy.” The ultimate goal of the project is to give the medical community a broader understanding of patterns of disease and also improve treatment for these mothers.

Cole has also enjoyed learning about the biology behind disease and has a strong foundation in research, working in labs at Trinity during her junior and senior years.

“Being exposed to different things was a big factor that pulled me to research,” Cole says. “Dr. [Jonathan] King played a big part in it, too. I took a class from him and wanted to get in the lab, just to see what it was like.”

King’s project looks at differences in methylation patterns of cord blood from diabetic mothers and how diabetes can affect the health of the babies, which has been a perfect fit for Cole. As a senior, she began working in Kwan Cheng’s bioengineering lab, which integrates physics and neuroscience research in a project funded by the Mach research fellowship. She enjoys this new challenge, describing the difficult project of differentiating stem cells as “out of her comfort zone” and “exciting.”

Do things for others

Besides a strong devotion to her studies and research, Cole explains that “you can’t just be miserable and studying all the time. Doing things for other people is my favorite way to ensure that I have balance.”

One way she serves others is through her volunteer work. Every Friday she volunteers with Snack Pak 4 Kids, an organization in San Antonio that identifies food-insecure kids and provides them with a bag of food that they can take home to eat over the weekend. She loves meeting the children and engaging with the community outside the Trinity bubble.

She also views leadership and her role as captain of the soccer team as an opportunity to give back to others. Among other honors, Cole received an NCAA postgraduate scholarship, was a two-time SCAC offensive player of the year, a 2018 NCAA Scholar All-American, and a 2018 First-Team All-American. She is also in the record book at Trinity, holding her own in the top 10 for the most goals and points in a game, season, and career, and assists in a career.

When asked about her smattering of awards, Cole explains that she doesn't like to internalize them too much. “I try to take them as a way to set an example for the younger girls. I hope that they see the hard work I have put in and the mindset I have and are inspired by it, rather than the awards just being for me.” But she does smile and adds, “All-American was really cool.” 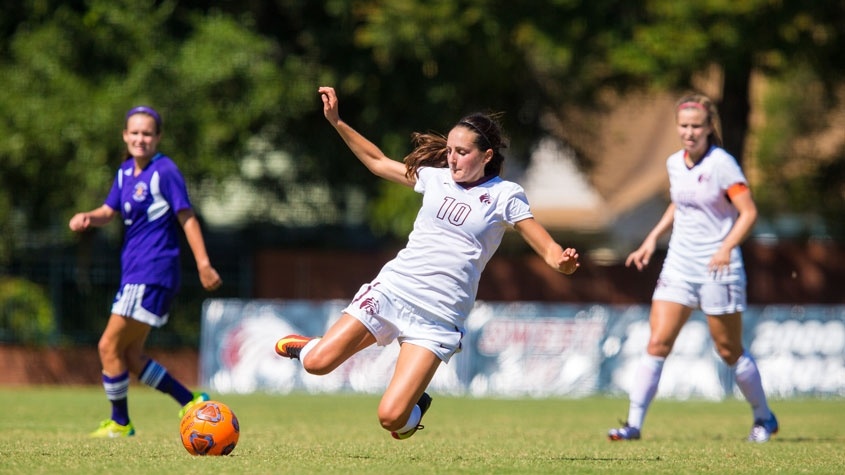 Cole kept herself out of her comfort zone throughout college and does not plan to stop after graduation. In September, she is moving to Peru for two years to work as a community health facilitator with the Peace Corps.

“I started thinking about the Peace Corps sophomore year,” Cole explains. “I wanted to do something not about me that is out of my comfort zone. I have been able to plan the last eight years of my life, and it is time I gave up that control.”

When the positions came up for the Peace Corps last August, it had felt like fate, Cole says: “I have always been drawn to Peru. When I saw there was a health position focusing on maternal health in Peru, I thought it was meant to be.” She laughs, adding, “My mother was not too pleased with the idea at first.” She is preparing by practicing her Spanish and explains that the indigenous population speaks Quechua, which she will likely need to learn for her work. She does not seem daunted. “I do not know much about the details yet, but I think it will be quite the adventure.”

Cole has a lifetime of adventure waiting for her beyond Trinity, and she closed the interview with an expression of gratitude for her friends and professors that made it all possible: “I have really appreciated making relationships here with people that have offered me genuine support, invested in my development, and changed my trajectory for the better.”