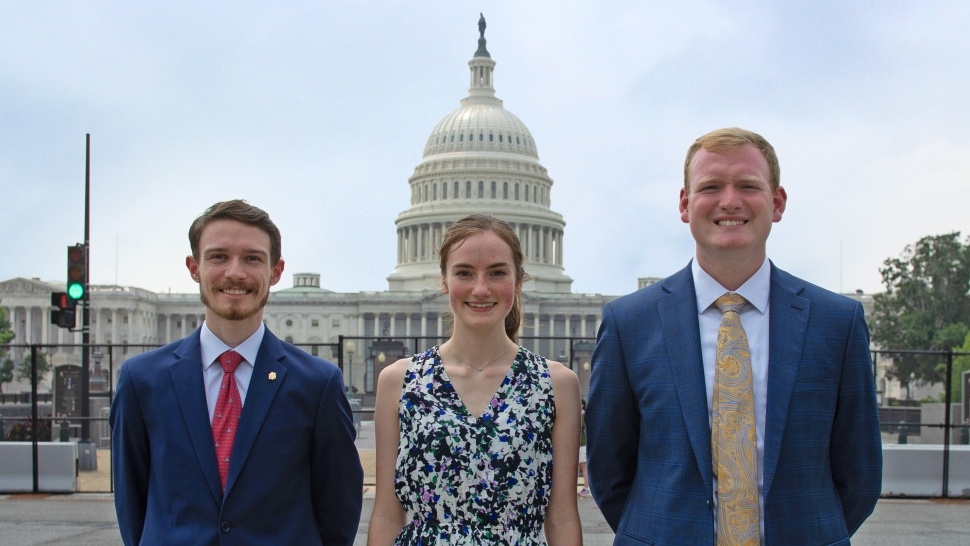 This summer, if you called your Congressperson, there is a good chance you spoke to a Trinity Tiger.

When Nathan Darsch ’22 accepted the internship this summer on Capitol Hill he realized he wasn’t going to be delivering coffee and donuts; instead, he knew he was being hired to be the front lines of communications for a United States Congressman. “I’m the one that's answering calls from constituents, trying to address their concerns, and helping them out with various problems,” he says. “I also help write drafts for letters that go out to constituents, as well as help out with research in the office.”

The majority of calls Darsch would get is not what he expected. “Most of the time it’s not people calling to complain about or compliment the Congressman,” Darsch says. “The majority of calls are asking for Congressional help on a range of issues. One of the things we help a lot with are passport renewals. I've also gotten calls regarding helping people with green cards, getting visas, and other citizenship questions.”

Darsch, a business administration and political science double major with a minor in history, notes that one of the ways Trinity helped prepare him for his time on The Hill was the Pathways curriculum. “I was able to tailor my education at Trinity the way I wanted,” he says, “and learn different things I never thought I would have been able to do.”

Wanting to pursue a career in politics, Darsch knows the importance of starting out as an intern but also having a network that can help mentor and guide you on your journey. “It’s essential to find people to network with,” he says. “You meet a lot of interesting and pretty cool people interning for a Congressman.” 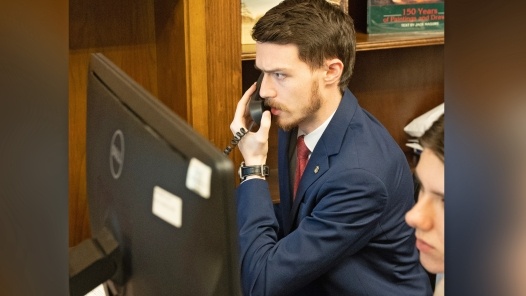 Nathan Darsch '22 was surprised that the majority of calls he picked up for a U.S. Congressman were citizenship questions.

Networking is exactly how he landed the internship this summer. From volunteering on local campaigns to getting involved in clubs on campus, Darsch was able to find his place in the Trinity network—and that network led him to this summer job. When Darsch was looking for opportunities, he didn’t have to look far: Jonah Wendt ’18 and Julia Westwick ’20 were already employees on Capitol Hill and helped Darsch land his dream internship in D.C. this summer. Darsch, Wendt, and Westwick join a growing group of Tigers who pass through the Capitol on the way to careers in politics and government organizations.

“Anyone that wants to go into politics needs to know that you need to know people,” he says, echoing the popular mantra: “It's not necessarily what you know; it’s who you know.”

Even if you aren’t going to be an intern on the Hill, Darsch suggests “to anyone and everyone to try and go to the National Mall during the 4th of July, at least once just to see the fireworks.”

While Darsch, from Orange County, California, enjoyed his time in D.C. this summer he plans on staying in Texas after graduation. “I'm hoping to stay in Texas and continue to be involved in Texas politics,” he says.

Taylor Stakes is the video and multimedia manager for Trinity University Strategic Communications and Marketing. 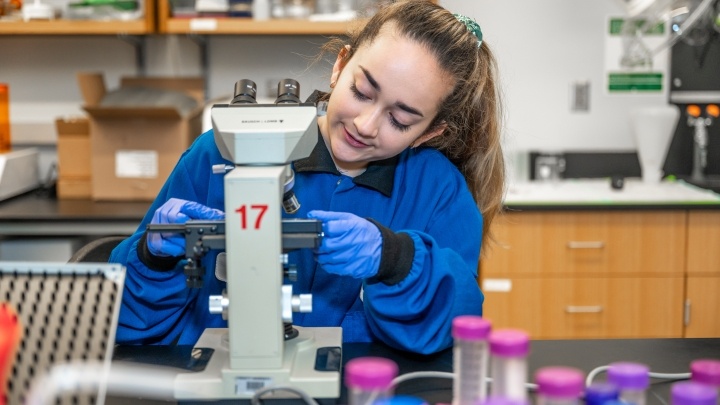