According to the American College of Sports Medicine, nearly one-third of college athletes report experiencing anxiety or another mental health condition, but only 10% of those with known mental health conditions seek help from a mental health professional. Kai McClelland ’25, a member of the women’s cross country and track teams at Trinity, has made it her goal to change this, starting with her own campus.

In November 2021, McClelland submitted an article to The Hidden Opponent, a nonprofit organization that raises awareness for student-athlete mental health and addresses the stigma surrounding mental health in sports culture. The organization published her piece about her own struggles with mental health, and the positive feedback it received inspired her to apply to The Hidden Opponent’s Campus Captain program, which allows student-athletes to serve as ambassadors for THO and become leading mental health advocates on their campuses. As of early April, Trinity now officially has its own chapter of THO on campus.

As someone who has experienced the detrimental effects of untreated mental illness, McClelland is a major advocate for opening the conversation surrounding mental health, especially on college campuses and among student-athletes. Many student-athletes keep their struggles to themselves due to both the general stigma surrounding mental illness and the unique stigma in the sports world.

These conversations are especially important at academically rigorous schools such as Trinity. “Students feel pressure to perform academically, and student-athletes have to juggle sports along with it. I have many peers that regularly sacrifice a night of sleep to study for exams or finish a paper, only to have to get out of bed at 6 in the morning for sports practice. Many have little time for taking care of themselves or building a social life,” says McClelland.

Trinity’s THO chapter, with McClelland at the helm, has already made steps toward achieving a culture of support in student athletics. Back in March, the chapter released a photo campaign on its Instagram account, featuring 14 portraits of student-athletes who shared their experiences with mental health. Pierce Jackson ’25, a member of the Tiger football team, was one of these students.

“I have watched so many friends struggle and eventually drop out of football due circumstances that are out of their control,” he says. “Life is going to continue to happen, regardless of how busy we are and with school and athletics on top of it. Being a student athlete can just be too much of a load to carry. Mental health awareness is important for athletes because everyone always sees us as tough. People forget that we are just people as well.”

The desire for increased discussion about student-athlete mental health is not confined to Trinity. More and more schools (THO’s website currently features chapters on 35 different campuses) across the nation have begun to realize the importance of prioritizing their student-athletes’ mental health. Additionally, two world-renowned athletes, Simone Biles and Naomi Osaka, opened up about their struggles with the stigma surrounding mental health in the sports world. In 2021, both women made major public decisions to bow out of competitions for the sake of their mental health.

McClelland is hopeful that The Hidden Opponent’s presence on campus is a step in the right direction toward holding open, honest conversations about student-athlete mental health at Trinity. Though she is proud of the work THO has already done, she says there is still much to achieve.

“We need to get to the point where seeing a mental health professional is as easy as seeing an athletic trainer for a physical injury, and student-athletes won't feel as if they are weak for doing so,” she says.

The header photos are taken from THO's Instagram campaign, mentioned in the article. 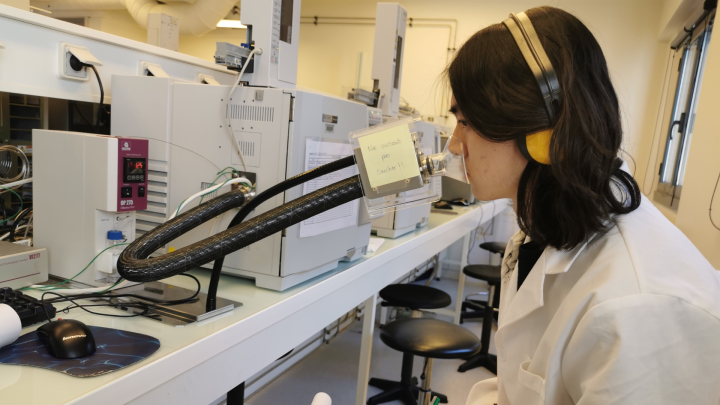 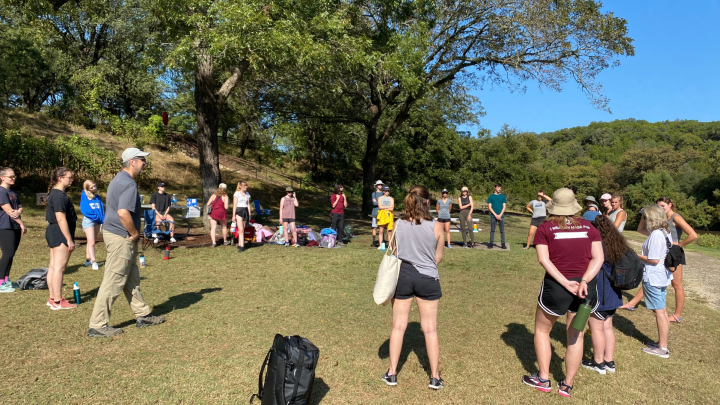