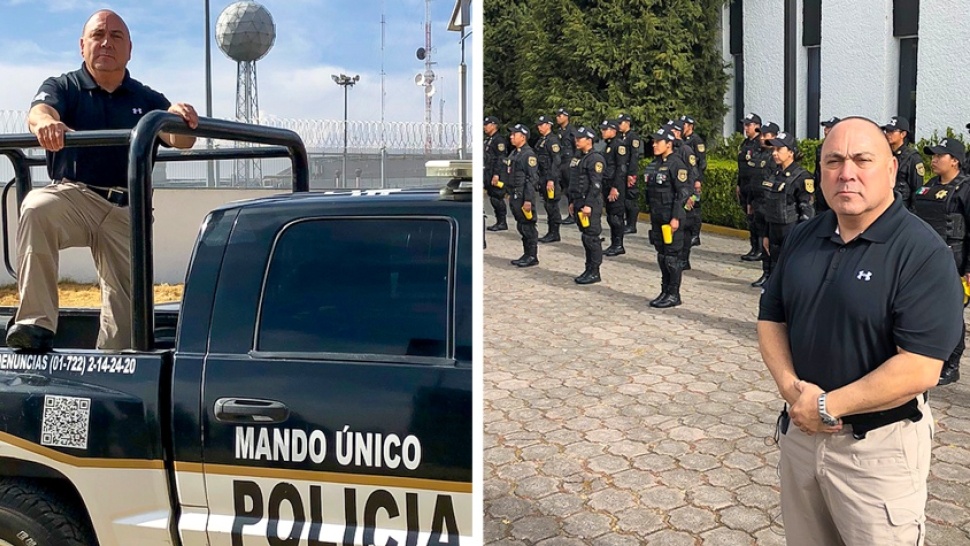 For a week in January, Chapa was one of six presenters traveling with Global Ties, a United States nonprofit that promotes international exchanges programs for a variety of organizations. It was the second year that Global Ties sponsored the police exchange program, a three-year initiative funded by the Bureau of International Narcotics and Law Enforcement of the U.S. Department of State. For his presentations, Chapa was posted to Mexico City and Toluca, Mexico.

“It was a tremendous honor to represent Trinity University as its police chief and also to represent U.S. law enforcement and share our experiences and programs with our fellow brothers and sisters in blue,” Chapa says. “We all agreed that we share the same commitment to public safety and all recognize the dangers that come with it. At the heart of the training was the discussion on officers killed in the line of duty. During our training several of the commanders had to leave due to losing one of their officers in the line of duty.”

Several cities in Mexico, including Mexico City and Guadalajara, already have community outreach programs such as a version of National Night Out and a Citizens Police Academy, Chapa says. He notes that those police agencies use technology in crime mapping and data collection in an impressive way.

“Although they may not have the latest technology in some cases as we do in the States, their approach toward 21st century policing has been very successful,” Chapa says. After he shared Trinity’s success with the “Cop Corn” machine and community appreciation days, several Mexico City agencies asked for more information in order to implement similar programs.

In 2017, Chapa led an effort to create an international chapter of the Hispanic American Police Command Officers Association by signing an agreement with Panama.