Katie Victoria Davis ’25, a Trinity sophomore, died on Dec. 24, 2022. She was 20. Katie planned to major in sociology with a minor in ethics, and she was involved in Phi Delta Kappa, Trinity’s debate team, and Student Accessibility Services.

Katie loved Trinity and everything about it. Katie was particularly close with philosophy professor Judith Norman, Ph.D., who taught her First-Year Experience course.

“Katie didn’t just attend the class, she seemed to absorb it,” Norman says. “She approached ideas not just with interest but with respect. Her attitude was a model for post-pandemic learning, reengaging with a sense of wonder and appreciation, with a clear sense of the value of her learning, never taking it for granted, never wavering in her gratitude for the gift of her education.” 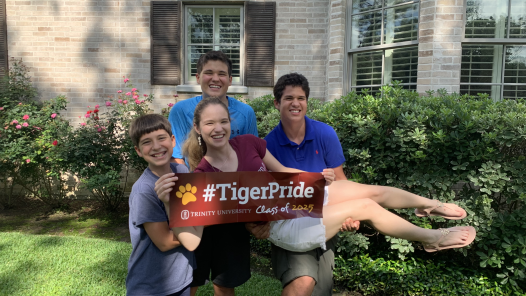 Katie Davis ’25 celebrates her acceptance to Trinity with her brothers.

Katie carried her hunger for education to Trinity’s debate team, where Nathan Rothenbaum ’16, assistant director of Trinity debate, remembers her as a “fierce competitor, a lover of argument, and a strong advocate for the downtrodden and the disadvantaged.” Described by Rothenbaum as a “ferocious debater,” Katie was already taking on difficult debate tasks usually reserved just for upperclassmen. “That was the quintessential Katie: not running before she could walk, but wanting to learn how to run and walk at the same time,” Rothenbaum says. “And—she could do it!”

Katie was equally important as a team player, acting as a coach to other novice debaters with the “thousands of other topics she had acquired an almost encyclopedic knowledge of,” Rothenbaum says. She would help the coaches brainstorm recruitment events and grassroots marketing to attract more students to the team.

“Katie was a fiery advocate for her deeply held beliefs,” says William Jensen, Ph.D., director of Trinity debate. “She fiercely pursued the acquisition of new knowledge through research, speaking, and argument. She was deeply curious about the world around her and didn't back down in a debate, no matter how long the odds.”

Katie valiantly fought severe mental illness for more than seven years and carried that advocacy into her time at Trinity. She worked to help students needing accommodations in Trinity’s Student Accessibility Services (SAS). Katie was well aware of the struggles faced by those with disabilities and was working on an initiative this year through SAS to educate professors on the challenges students face when using accommodations. Katie wanted to make a high-quality education more accessible to those with disabilities. Her parents shared that from a young age, Katie exuded kindness and acceptance to everyone she met. She wanted everyone to feel included, valued and respected. She had a big, beautiful smile that lit up the room.

“Katie had a sure sense of where her energy was needed the most, and she came at her education with an overriding concern for justice,” Norman says. “She knew she wanted to advocate for others facing similar struggles with fewer resources than she had. She wanted to use her own experiences—the knowledge she had gained, the resources she had developed—to guide the way for other people with mental health challenges. She wanted to help lift up the voices and stories of people who have been discounted and marginalized, who have been deprived of the dignity of agency in their own lives and the right to tell their own story.”

Katie is survived by her parents, Rich and Marcela Davis; her brothers, Richard, John and James; her grandparents, Marcela Infante and Mike and Caron Davis; and many loving extended family members and friends.

Later in the spring semester, a University service for Katie will be held and a tree will be planted in remembrance on campus. The Davis family welcomes donations to the Katie Victoria Davis fund, which will be given in Katie’s honor through Student Accessibility Services to Trinity students facing the challenges of mental health care costs. 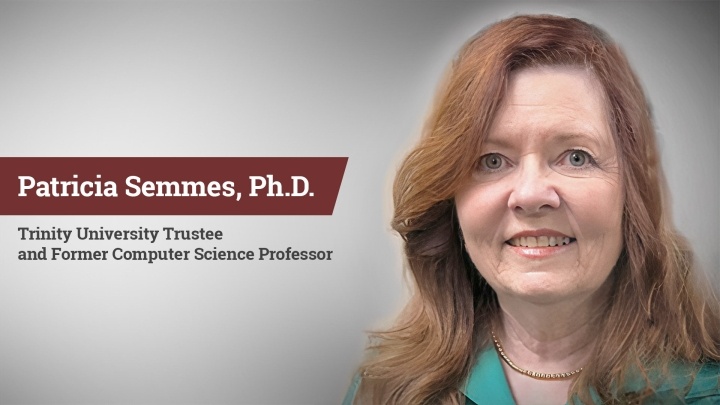