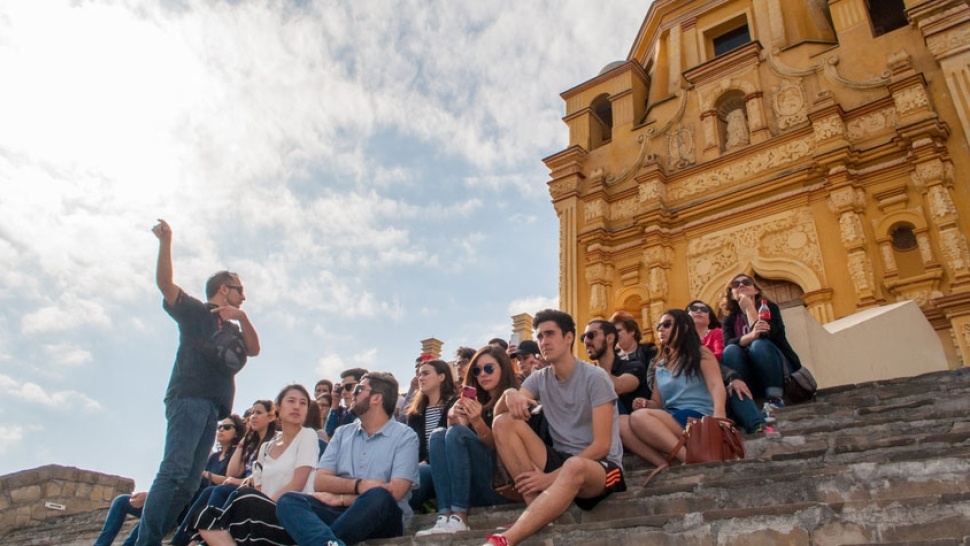 If you’ve never been to Monterrey, Mexico, Trinity professor Katsuo Nishikawa Chávez says you’re missing out on a bright future.

“For every business major who comes to me wanting to study abroad in London, I ask, ‘Why?’” says Nishikawa, director for Trinity’s Center for International Engagement. “Mexico is our third-largest trading partner at $558 billion. Go to Latin America, go to Mexico, go to Monterrey!”

Trinity gives Tigers a unique pipeline to Monterrey—a vibrant, bustling city of more than 4.7 million and home to Monterrey Tec, billed as the “MIT of Mexico.” Tec and Trinity, separated by just a 45-minute flight, have enjoyed a special “student exchange” partnership since the early 1990s and are poised to spearhead a new wave of academic exchange between the United States and Mexico. 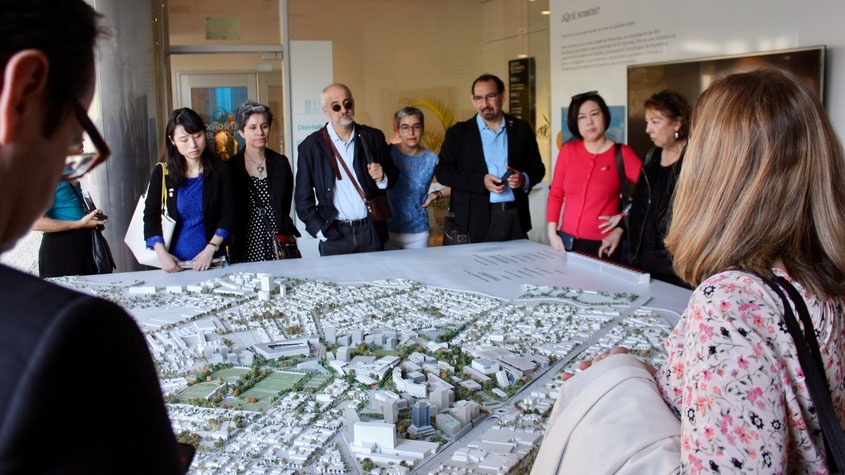 There’s never been a better time to take advantage of Trinity’s study abroad opportunities in Mexico, Nishikawa says. In November 2018, the U.S. House of Representatives passed a bill called the United States-Mexico Economic Partnership Act (H.R. 1567), which aims to “increase U.S.-Mexico academic exchanges,” with a goal of doubling the current number of students studying in each other’s country within the next five years.

But at Trinity, we haven’t been waiting around for Congress: we’ve been ahead of this curve for decades. Professors like Nishikawa and Dante Suarez, associate professor of finance and decision sciences, lead classes that send Tigers studying political science, math, business, sports marketing, and other subjects into the field to collaborate with Tec students.

Julia Shults ’19, a double major in economics and Spanish, took a Spanish-language class with Suarez called “Negocios Internacionales”, or “Doing Business in Latin America.” Here, Shults and her fellow Trinity students spent an entire semester building an import-export company with their counterparts at Tec. 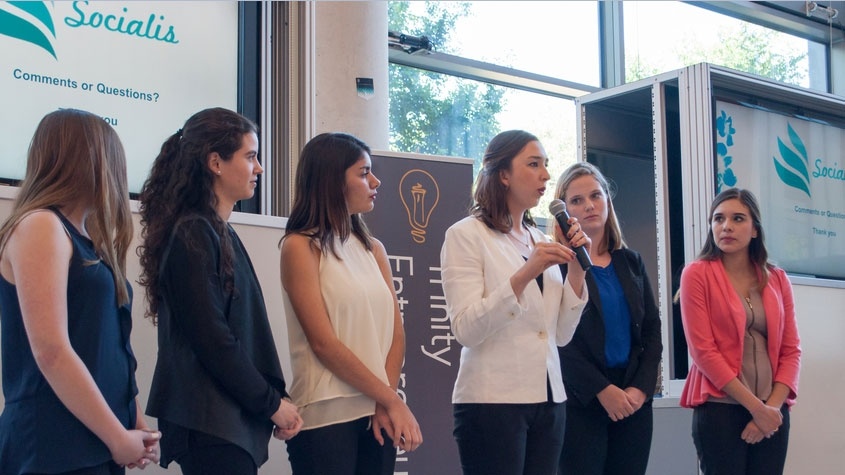 Shults’ team constructed a business plan for an export-import flower company, visited Monterrey, and even hosted the Tec students for a return trip. At Trinity, the group also pitched their startup as part of Trinity Entrepreneurship’s Stumberg Venture Competition.

“Our project would have been completely different without the Tec students,” Shults says. “They had contacts with a farming community in the middle of Mexico that grew orchids—they knew the owner, the employees, and so we learned concrete lessons about the logistics of an import-export business.” 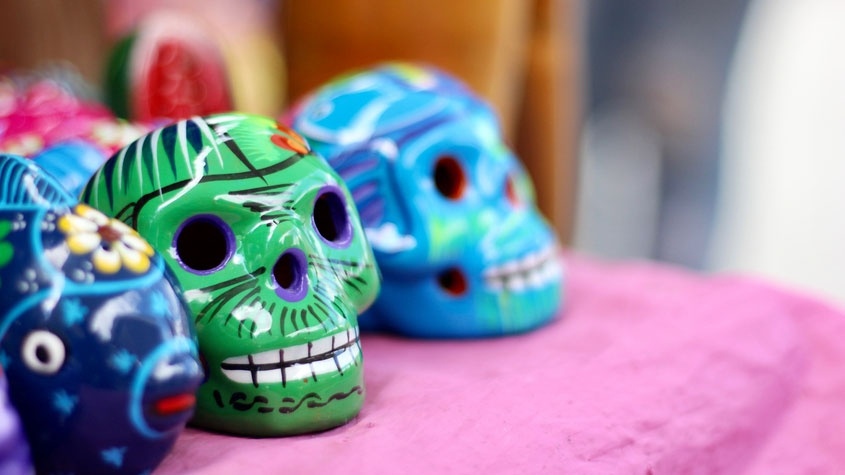 And Shults wasn’t confined to the classroom on her trip—she also enjoyed the city of Monterrey itself.

“When a lot of people think about northern Mexico, there’s a large emphasis on gang violence, but the reality is it’s a big city, just like big cities in the U.S. But it’s more warm and inviting than people realize, and I was extremely happy there,” Shults says. “It’s beautiful, vibrant, everyone is so incredibly nice, all the people want to share their culture with you. They’ll come up to you in the local markets and let you try their products, their food, and see their art. There’s so much history and so many shared connections Monterrey has with San Antonio. Most of the Tec kids have had family in San Antonio for generations, and so many Trinity students have family from Monterrey.”

While Shults is considering going into public policy or getting her law degree after graduating in spring 2019, she says the most important lesson she took from her Monterrey experience is bigger than a career choice.

“The most important impact the class had on me was that I actually discovered I wasn’t passionate about business logistics. I’m not interested in whether we’re shipping a product with a truck or through an airport, but I did enjoy working with a team that is diverse, that came from different countries with different perspectives,” Shults says. “I learned that I’m not content being someone who lives in a bubble, and my work ended up being better because I was exposed to a different culture. So I learned that I wanted to work in this type of environment, even if it’s not in the world of finance.”

Ultimately, this type of “bubble-bursting” represents the true value of Trinity-Tec partnership, first envisioned back in the 1990s by founders Richard Burr, professor emeritus of business administration, and Jorge Gonzalez, former economics professor. 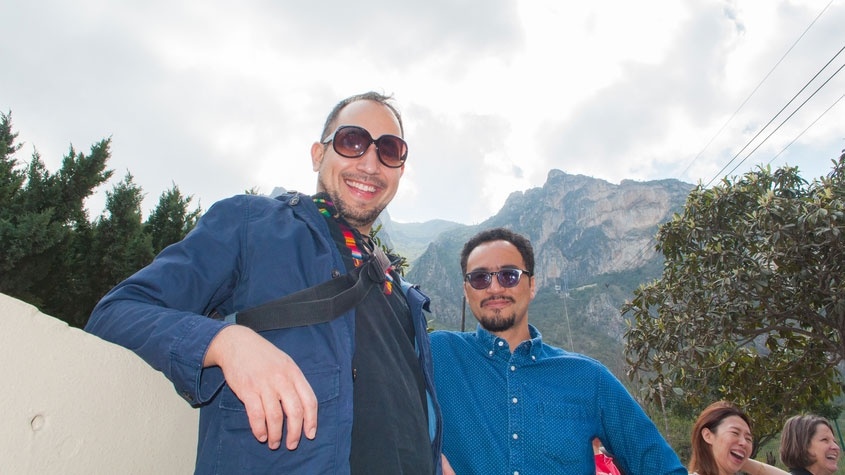 And in an age where international relationships are being strained and put to the test, Nishikawa says the Trinity-Tec partnership represents a worldview that looks past simple economic models and costly trade wars.

“The U.S. and Mexico, we’re so intertwined by more than our economies,” Nishikawa says.  “This is our culture, that Monterrey is ‘Texan’, and Texas is ‘Mexican’. At here at Trinity, you’re ten minutes from the airport, and there you’re 45 minutes from Monterrey: 45 minutes from a different world.”

And while Nishikawa explains Monterrey has “big skyscrapers, transit, shops, and our students are always shocked that Monterrey can make San Antonio look small,” there’s at least one crucial piece of home Tigers can expect to find there:

They still have HEB in Monterrey.