Trinity University Press’ history has long been marked by an entrepreneurial business model. In 1961, Trinity President James Laurie sought to bring national prominence to the University by adding a publisher to its portfolio—something often found at the liberal arts colleges Trinity aspired to. The University acquired Principia Press, and its first newly published books were released in 1962. Over the past 60 years, Trinity University Press has published some 500 titles in more than 800 print and digital editions. The press was editorially reenvisioned in 2003 and has garnered considerable attention for Trinity—through international media attention, numerous awards won, and significant contributions to scholarship all while encouraging lifelong learning. 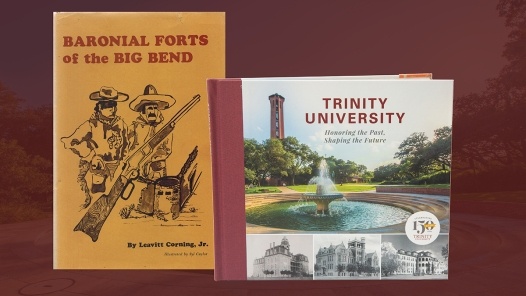 Trinity University Press has published both Baronial Forts of the Big Bend and a commemorative history of the University for Trinity's 150th anniversary.

Publishers operate imprints (brands) to clearly define their mission-driven, editorial interests. Recognizing a need to focus on bilingual early childhood literacy, TU Press started the Arte Kids Books imprint in 2012. In a desire to publish more about its home state, the press acquired Maverick Publishing and launched the Maverick Books imprint in 2014. To focus on its award-winning list of books about humans’ relationships to the natural and built environments, the press launched the Terra Firma Books imprint earlier this year. Rooted in a commitment to diversity, equity, and inclusion initiatives and a deepening interest in Mexico and Mexican-American history and culture, in June the press launched the Tinta Books imprint, one of the first such initiatives among U.S. publishers.

This fall, the press will celebrate its 60th anniversary with a focus on additional strategic announcements and the successes of its ever-expanding scope and impact.

Tom Payton is the director of Trinity University Press.

Tom Payton is the director for Trinity University Press, a mission-driven publisher committed to civic engagement with timely ideas facilitated. 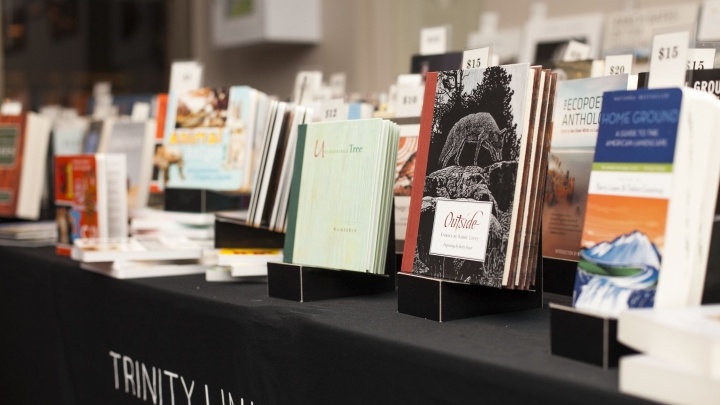 Reflections on “The Nation Must Awake”

Friday, November 19, 2021
The acclaimed writer Margaret Atwood once said that “publishing a book is like…
Trinity Magazine: Fall 2021