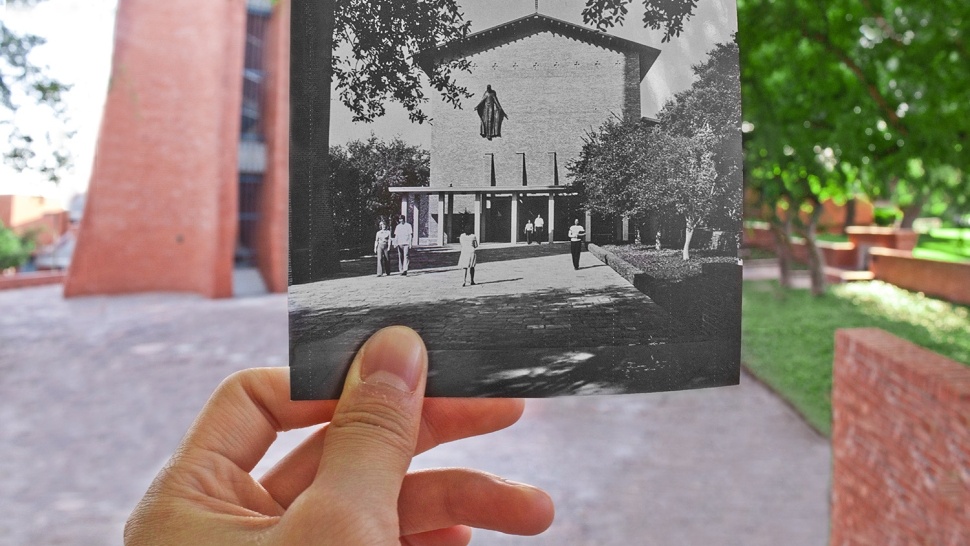 In Trinity’s 150th year, the University is celebrating its centuries-long transformation from a farmhouse in Tehuacana to a powerhouse in San Antonio.

But while Trinity’s buildings, spaces and amenities—and even its student body—have transformed, the upcoming Alumni weekend celebration is also a perfect chance to celebrate the timelessness of the University we all love.

You may have seen Miller fountain, Cardiac hill, or the Esplanade hundreds of times. But, when you re-visit Trinity’s campus after a lengthy absence, those memories of being dunked on your birthday, climbing 46 stairs in 100-degree weather, or meeting lifelong friends, become fresh.

Revisit campus for Alumni Weekend, and see how what’s old is new again. 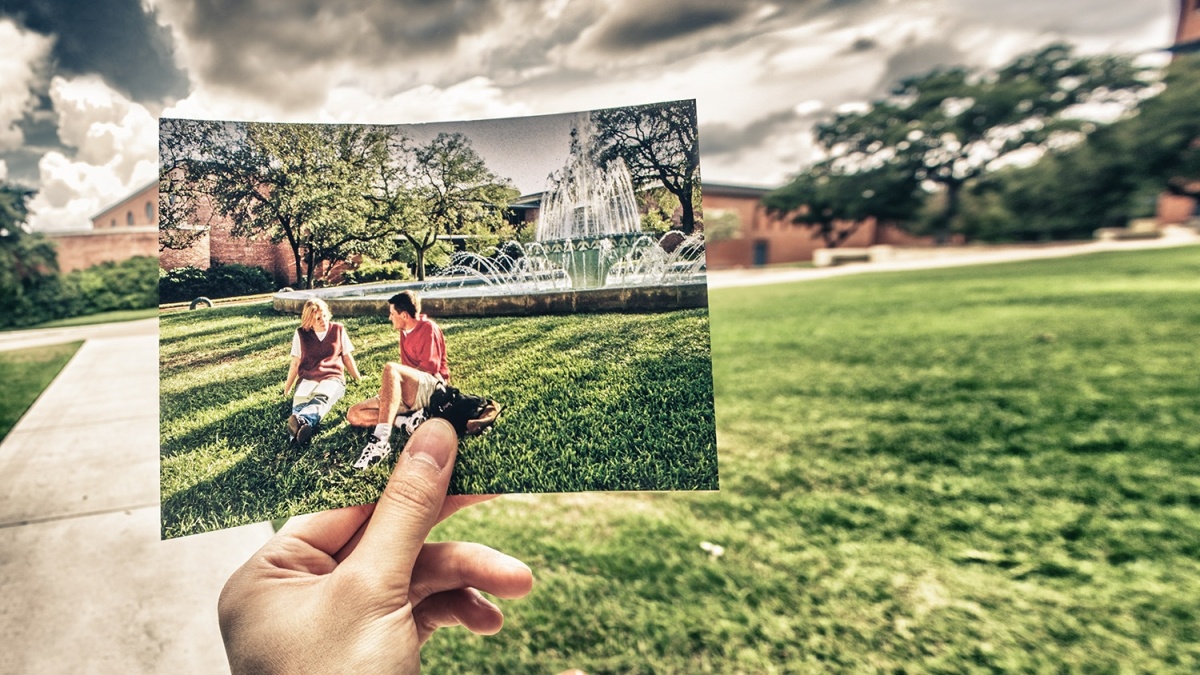 This 1980s image shows Miller fountain in its original location, in front of the Coates Student Center. Moving right to left, you see Northrup Hall and Coates. In 2001, the fountain was relocated to the west end of Northrup Hall, where it forms the centerpiece of a stepped plaza. 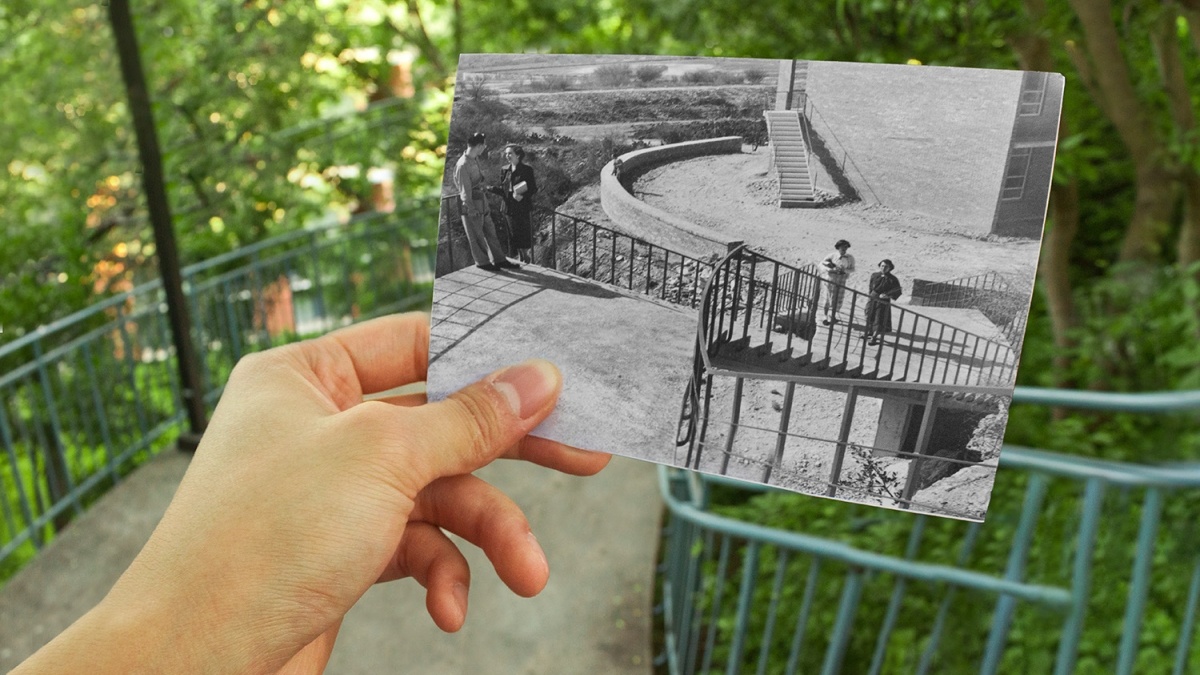 The Cardiac Hill staircase has been an important passage for students moving between upper and lower campus since its construction, and is one of the largest of Trinity’s iconic outdoor concrete staircases. The black-and-white photo was taken before the completion of lower campus and the first year quad. In it even the land surrounding Murchison Residence Hall is not yet fully developed. 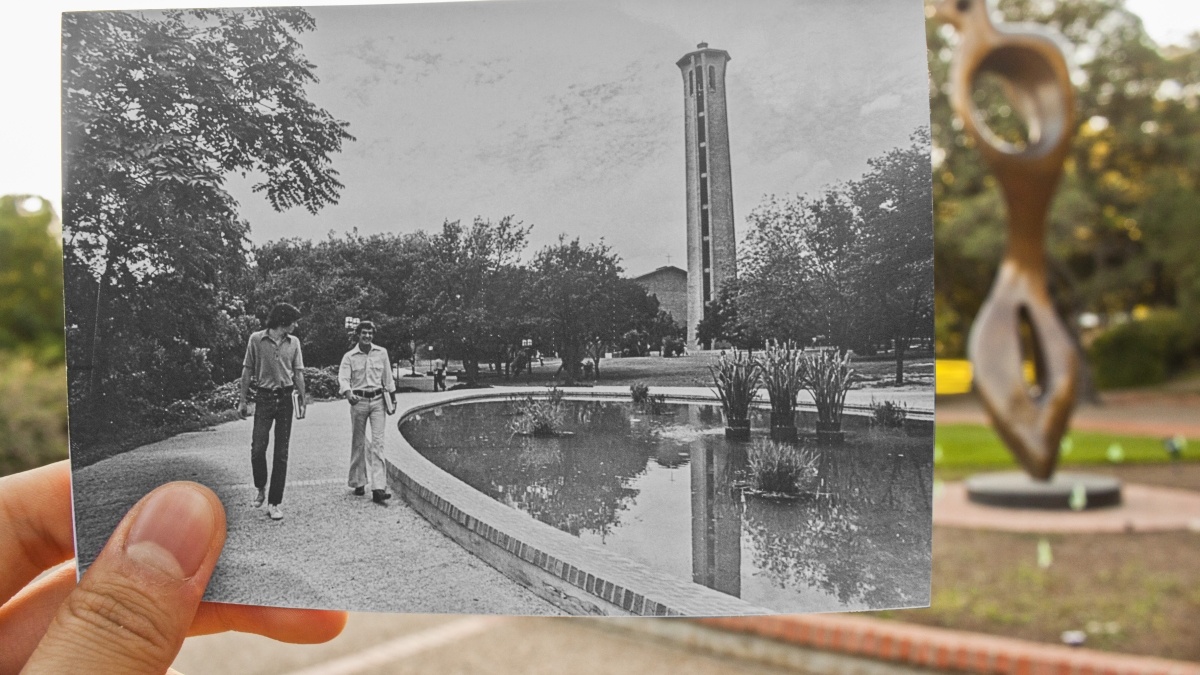 The Coates Esplanade holds views of two icons of upper campus: Large Interior Form,, installed in 1983, and the 166-foot Murchison Tower, built in 1964. The main difference in these photos is the transformation of the Esplanade’s centerpiece from water to grass. 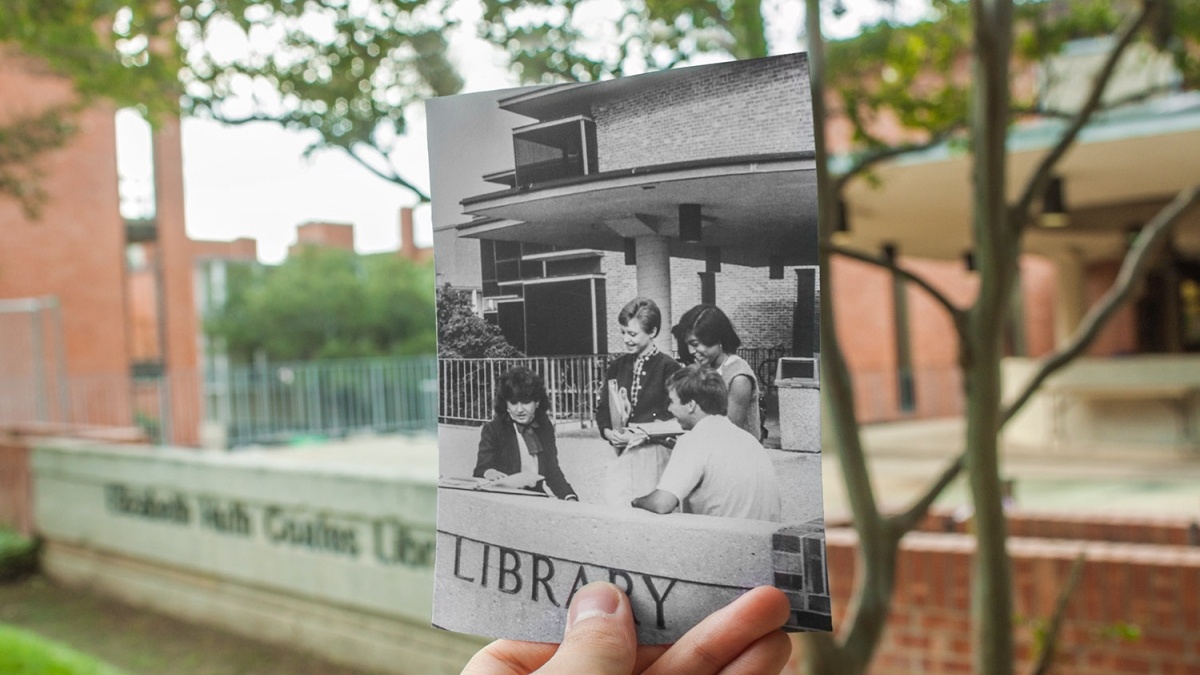 The Elizabeth Huth Coates Maddox Library, completed in 1979, served as the capstone of the master building plan for Trinity’s Skyline Campus. and it brought together under one roof Trinity academic collections. The building’s exterior has changed very little since its completion thirty-three years ago. 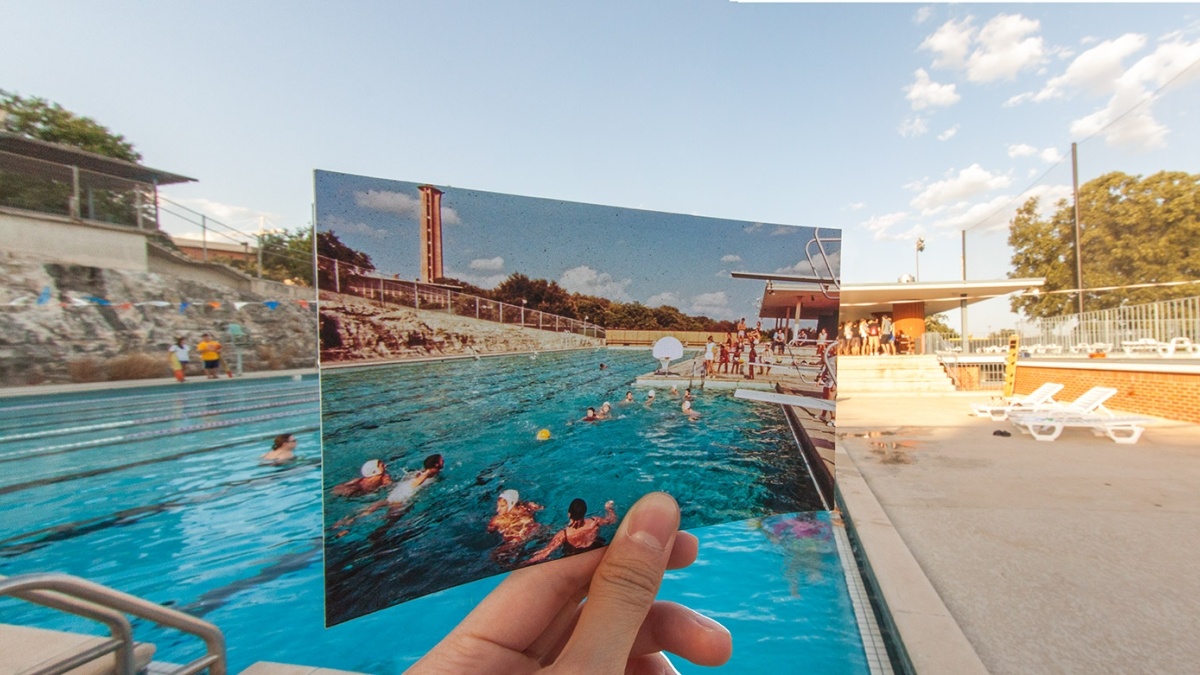 The Trinity University Swimming Pool has always had a dramatic setting, against the rocky cliff face that divides upper and lower campus. The pool building dates to 1952, and was finally inaugurated in 1958. The pool has remained much the same as it was fifty years ago, with the most notable change being the absence of the diving board that originally faced the cliff. 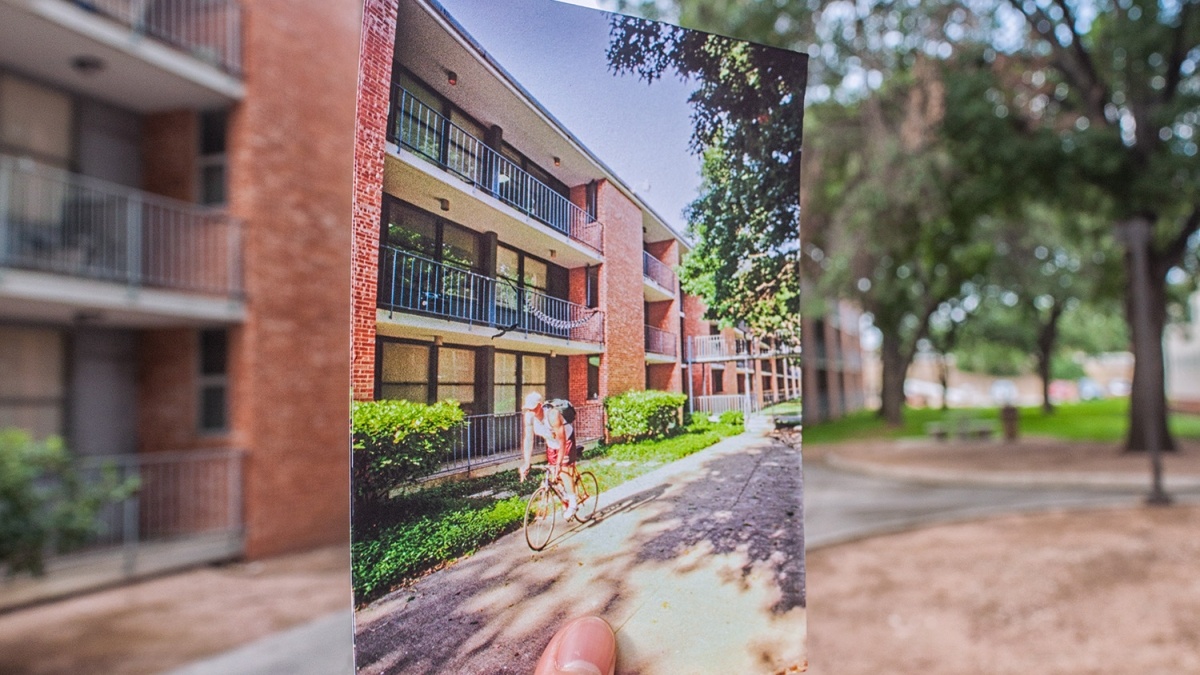 This photograph shows Winn Residence Hall, which houses first year students. Built in 1962, its exposed concrete, red brick, and rectangular plan exemplifies the architecture of most of the first-year quad and recalls the forms of O’Neil Ford’s earliest Trinity residence halls, Murchison, North, and South. Besides a few landscaping alterations, there are few differences between Winn’s past and present appearances. 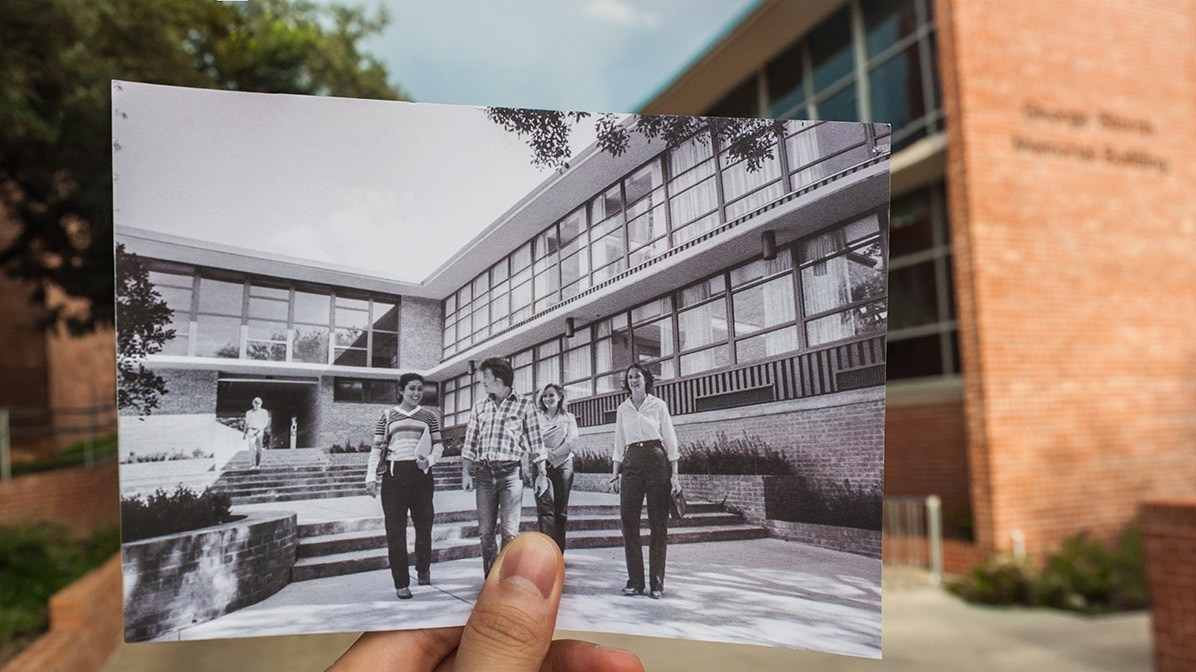 The George Storch Memorial Building, shown in the older photograph several decades after its construction in 1951, was one of the first buildings constructed on Trinity’s new skyline campus. Despite alterations to the windows that have changed the building’s façade, and the construction of a large metal awning that obscures the view of downtown from Storch’s lower terrace, the building’s clean lines, clear volumes, and adept siting make it one of the most powerful works of architecture at Trinity.