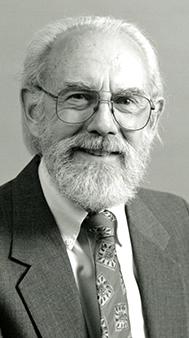 Trench joined the Trinity faculty as the Cowles Distinguished Professor in 1986. He had previously served as professor of mathematics at Drexel University from 1964 to 1986. Prior to entering academia, Trench was employed as an applied mathematician by RCA, Philco, and General Electric.

His main research interests were in linear algebra and ordinary differential equations. He was the recipient of multiple National Science Foundation (NSF) grants. In 1989 he received a $35,575 grant in support of a project on "Numerical Solution of Spectral Problems for Efficiently Structured Hermitian Matrices." In 1993, he received a $73,835 NSF grant for the continued support of this project, which focused on "new methods of solving linear algebra problems."

Trench was the author of three textbooks and more than 120 research papers. All three of his textbooks are available via open access on the Trinity Digital Commons, where they have been downloaded more than 81,000 times. His works are the most downloaded files across the entire Trinity faculty. Although he retired from teaching in 1997, he continued to publish research with articles appearing in leading journals as recently as 2014.

His teaching experience spanned nearly 35 years and included a broad spectrum of mathematics courses to undergraduates and graduate students. At Trinity students found him to be interesting and intriguing and especially appreciated his sense of humor.

He is survived by his wife of 36 years, Beverly. A memorial service was held Dec. 8 with arrangements handled by the Waters Funeral Home, 50 S. Main Street, Concord, New Hampshire, 03301. Friday, September 16, 2022
Trinity is on a streak! Our University is making moves on a national stage,…
One Trinity
Alumni