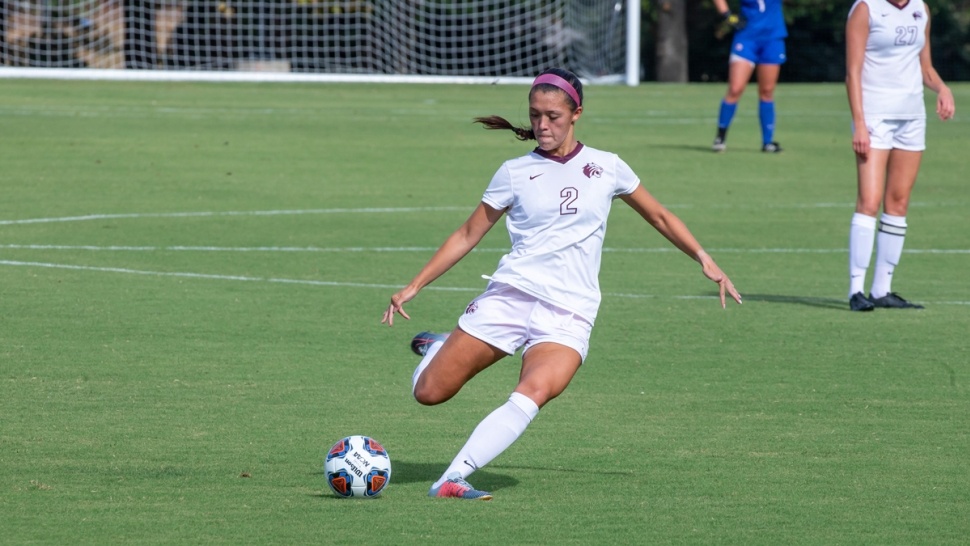 Lindsey Peng ’21 is used to winning.

She’s an all-SCAC conference defender for Trinity’s soccer team, and as a biology major on the pre-med track, she was recently awarded the prestigious NCAA Postgraduate Scholarship, given out annually to just 126 student-athletes nationwide.

But amid all the accolades, Peng says she learned the most about Trinity’s academic and athletic culture during tough times, not just the high points.

“I got injured as a junior, and then the pandemic hit,” she says. “You learn a lot about your teammates and your culture when you have to take a step back. But I was lucky to be surrounded by people who were there for me.”

Even during a tough physical recovery—on top of having to move back home to Spring, Texas, in the middle of her 2020 spring semester—Peng says she never felt isolated. She worked with Head Coach Dylan Harrison on ways to stay involved with the soccer program, while Trinity’s sports medicine staff kept in close contact to keep her recovery process on track. “I had our trainer on speed dial, and she sent me workout plans to keep lifting and getting stronger. At Trinity, there’s all this support and people checking in with you constantly.” 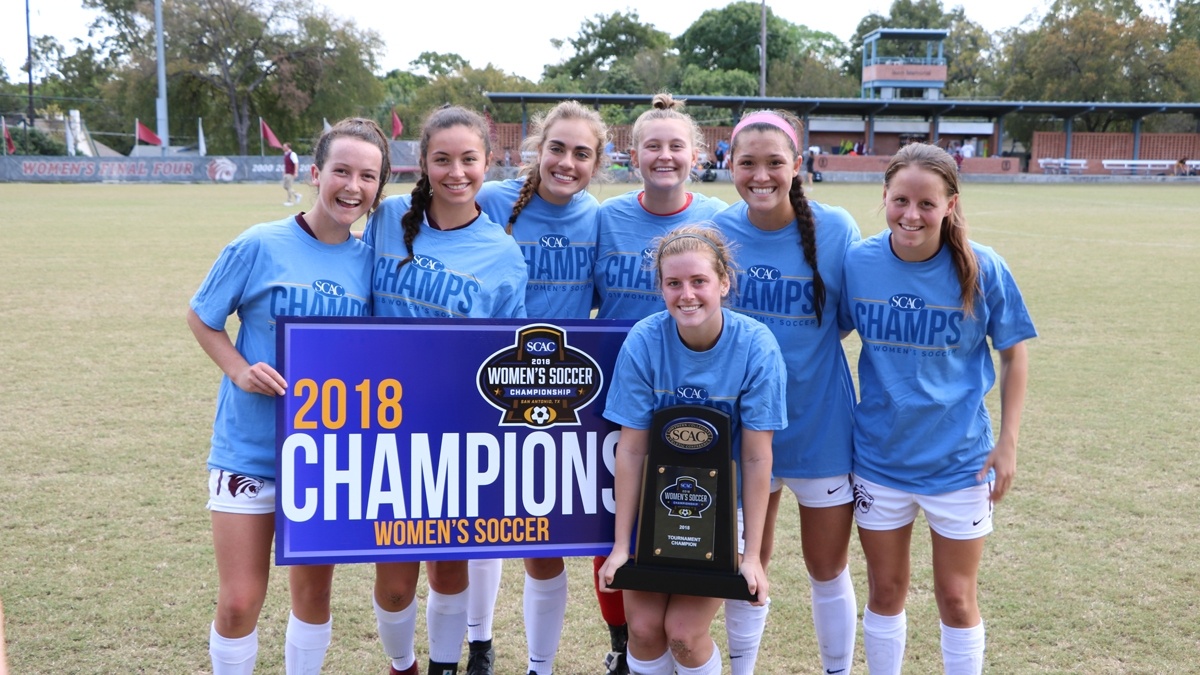 This support extends to Peng’s experience in the classroom, too. She says she originally came to Trinity because “I wanted to go somewhere that was going to challenge me. Trinity has an impeccable reputation, and knowing it was going to be hard, I live for those kinds of challenges.”

Peng has always been interested in the sciences, but once she found out just how many opportunities for hands-on research Trinity offered, her interest skyrocketed even further. As a pre-med student who’s hoping to head to medical school after graduating, this type of experience is a difference-maker.

“Undergraduate research opportunities are just so rare in large schools,” Peng says. “If science is something you’re interested in, look into the research opportunities here. This is the one place that I felt I grew the most as a student, because you’re seeing hands-on all the stuff you study in class. At Trinity, research is so much more than something you put on an application: it’s rewarding and stressful. It’s something I’ll carry with me the rest of my life.”

Peng points to her own research in professor Jonathan King’s biology lab as a pivotal experience. “Dr. King has been my go-to source of advice, and our lab group has been like a family here. That’s been phenomenal.” 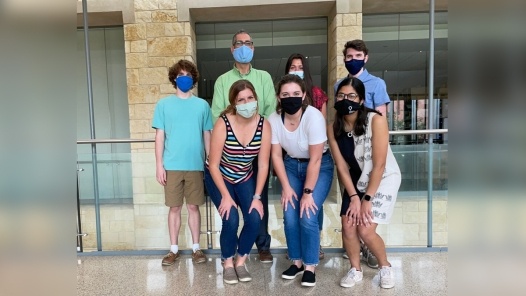 That level of closeness and support in the classroom comes from smaller class sizes, Peng says. “I’ve absolutely loved getting to see my professors in the halls and have them actually know my name, say ‘Hey Lindsey—how is your recovery going?” she says. “I would have never had that experience anywhere else.”

From that closeness, Peng says, Trinity students develop an invaluable series of connections through their faculty. “At Trinity, this isn’t just a biology degree—it’s a series of connections you come out of college with,” she says. “And so when you reach the point where you’re going through your med school interviews, Trinity has that reputation where people know of us.”

One of the best advocates pre-med students have in their corner, Peng says, is professor James Shinkle. “Dr. Shinkle is a great guy,” she says, “and one of those people you get to know as you pursue a pre-med degree.”

“You come in freshman year, and everyone wants to be a doctor. And a lot of those people end up doing other great things. But if that is your path, your pre-reqs are all naturally worked into your lower-level courses if you’re in a science degree. And you can meet Shinkle at any time to talk through next steps for pre-med, like preparing for your MCAT.”

Juniors and seniors in Trinity’s pre-med program can expect to get a big boost from faculty such as Shinkle while preparing to apply for med school, Peng says. Trinity puts together a faculty committee to guide each pre-med student. The committee also helps write recommendation letters and provides general support over students’ final two years at Trinity.

Peng says having access to this type of support network was a huge source of relief, especially during the double stressors of managing a sports injury and a global pandemic. She has not only overcome both those obstacles, but has continued thriving.

In soccer, she’s finally back on the field again. Trinity’s team was able to play a limited schedule this spring, in accordance with COVID-19 restrictions. Peng was the only senior on the team to return to competition this spring. “I couldn’t be happier with my decision to keep playing—and I couldn’t be more happy and thankful to the University and the team for pushing to give us the opportunity to at least have something of a season this year.” 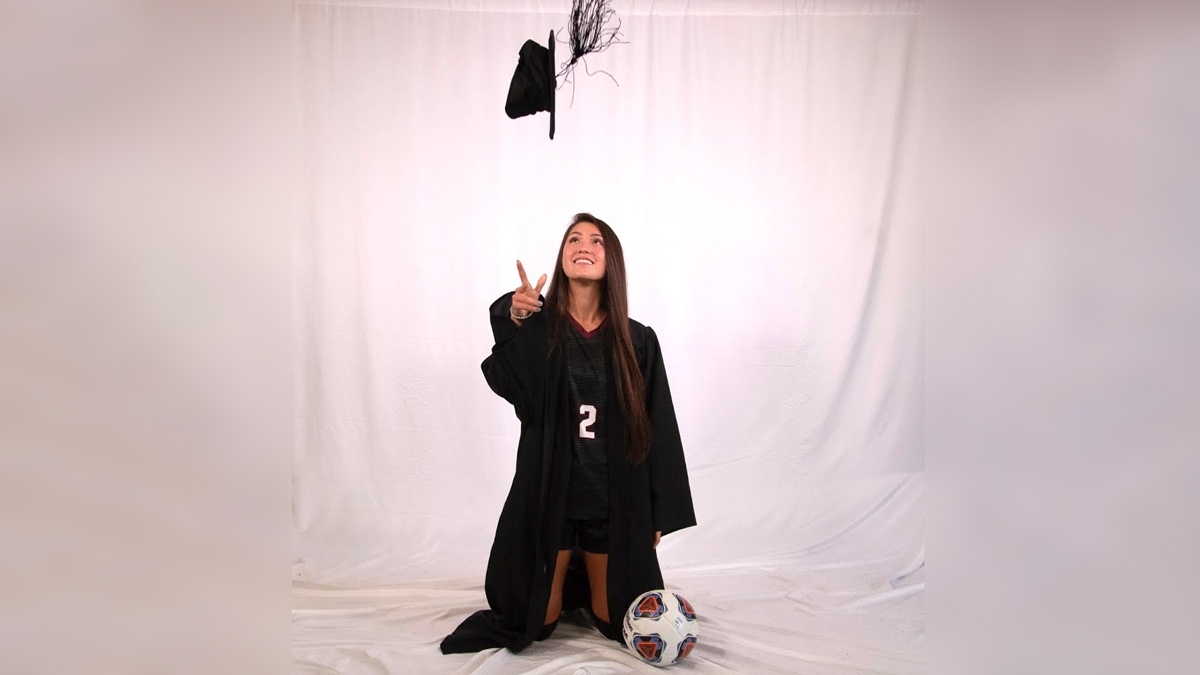 And thanks to her postgraduate scholarship, Peng is sure to be off to a solid start after graduating, too. “I remember applying for the scholarship and thinking, ‘Well, OK: no way I’m getting that!’ Because it’s all NCAA divisions, all schools, and so many people applying. I had completely forgot about applying for it until I got an email congratulating me from the NCAA— it literally brought tears to my eyes.”

The award gives Peng $10,000 for postgraduate studies, which Peng is hoping to use towards attending medical school.

“I was just elated,” Peng continues, “and it’s a decent amount of money that goes towards part of my future, and it’s another way sports are going to contribute to the rest of my life.  And that wouldn’t have happened without my coaches, my teammates, my professors at this school. Those are the opportunities that gave me the chance to apply and win this scholarship.” 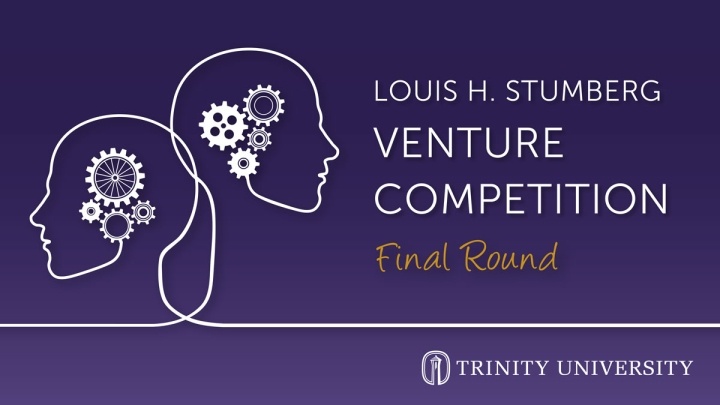