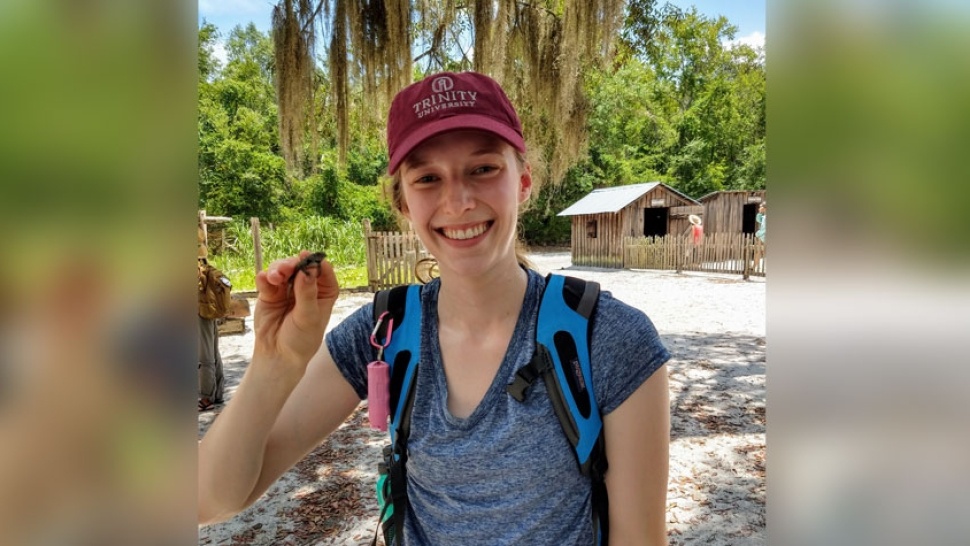 When Lauren Johnson ’21 heard a buzz on her phone one morning, she expected a text from her friend.

Instead, it was a life-changing email that said she’d been named a Goldwater Scholar.

“They had told us, ‘You’ll be notified at 11 a.m. on that day,’ and I was texting my friend about something else because I didn’t expect it right then,” Johnson recalls. “But, literally, as the clock turned from 10:59 a.m. to 11 a.m. I got the email notification saying, ‘Congratulations, you got the Goldwater…’ and I just yelled at my mom downstairs that I got it, and I even scared my dogs too.”

For students like Johnson, a biology major from Wichita, Kansas, winning the Goldwater Scholarship is cause for a lot of yelling.

“A lot of people at Trinity might not realize how big a deal this is–because at Trinity there are just so many great things going on–but the Goldwater Scholarship is huge. Once you get it, your congressmen are gonna know about it.”

The scholarship, founded more than 30 years ago, is designed to “foster and encourage outstanding students to pursue research careers in the fields of the natural sciences, engineering, and mathematics.” This year, just 396 college students nationwide earned the honor. Johnson is the 24th Trinity student to join the Goldwater ranks since 1994.

“It’s meant to build up the next generation of U.S. researchers who will keep the field at a high, rigorous level,” Johnson says. “It integrates our community together.” 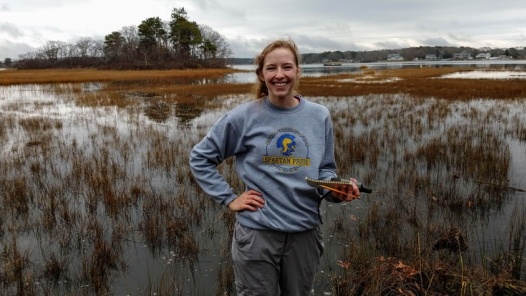 Johnson enjoys research in the field.

Johnson has focused her interests on ecology and evolution. She’s also interested in neuroscience and molecular biology. She loves the field of biology for its “integrative aspects.”

She originally chose Trinity because she knew she wanted a university with a focus on undergraduate research.

“At Trinity, that seemed to be a really big message,” Johnson says. “Dr. [Christina] Cooley was the one who gave me a tour of CSI on my visit, and just seeing how excited she got about research, I thought, ‘Man, Trinity’s a place I really want to come to.’ The research opportunities here are so top-notch.” 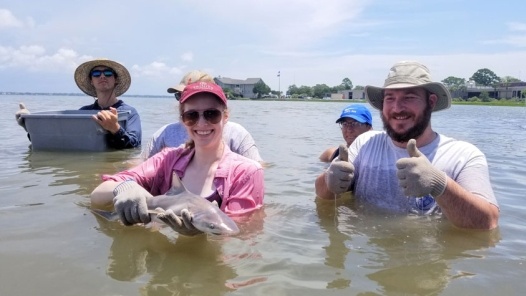 Johnson (center) on a trip to South Carolina

Opportunities in the Field

At Trinity, Johnson didn’t have to wait to get involved with these opportunities.

“First year, I was looking for research opportunities. And it wasn’t just a chemistry lab–we were encouraged to look at a bunch of different departments. I found that I was interested in biology, and that’s how I ended up meeting Dr. [Troy] Murphy.”

Johnson joined Murphy’s lab the spring of her first year and earned a Murchison research fellowship that following summer, which allowed her to do field work. Alongside representatives of Groningen University from the Netherlands, Johnson’s team studied male black-crested titmouse territorial behaviors at the Bracken Cave Preserve just north of San Antonio. Since then, Johnson has continued working with Murphy over the past few semesters and is now part of a group waiting on paper publication in an ecology journal. 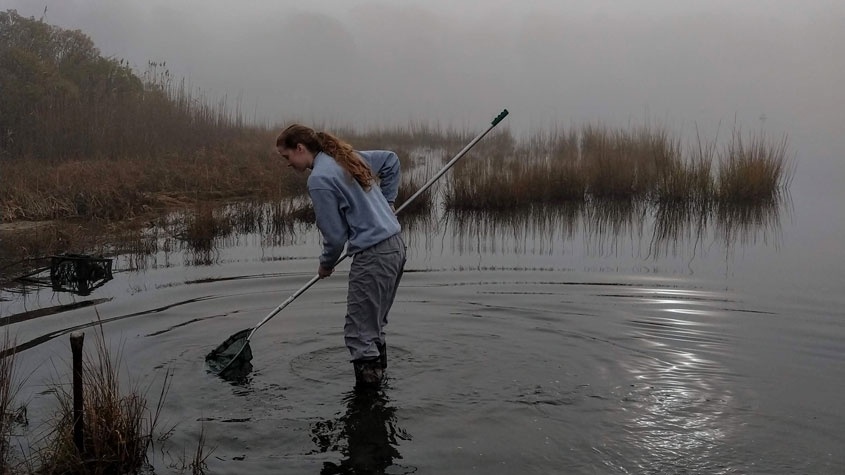 Plenty of schools offer undergraduate research. But having these early research opportunities, Johnson says, serves as a major advantage in earning honors such as the Goldwater Scholarship.

“I think Trinity and the surrounding community really help students get to the level where we can be competitive for these types of scholarships and fellowships and honors,” Johnson says. “It can be hard to apply for these awards when you don’t have as much research done as someone who’s older, but being encouraged by all our faculty with all these research opportunities, both here on campus and abroad, that makes a difference.”

Johnson knows a thing or two about award-winning work: she was awarded the MBL Associates Prize for Excellence in Independent Research in 2019 for her work at the Marine Biological Laboratory. 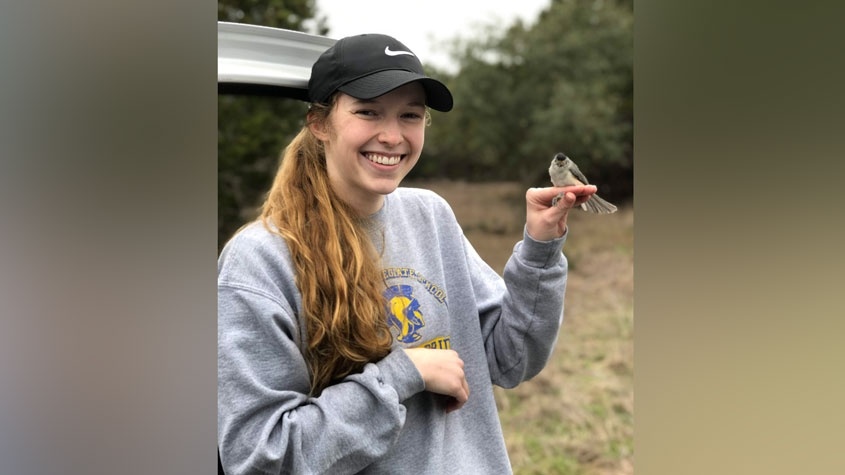 Right now, Johnson is transitioning to Michele Johnson’s lab, which examines the evolution of lizard behavior. She also wants to complete a biology honors thesis, perhaps in animal physiology.

“I’m already talking to [Johnson] about what I can start doing from home to get started,” Lauren Johnson says.

Even during a time when Trinity operates remotely–and discoveries, eureka moments, and triumphs are marked by the buzzing of texts and email inboxes–Johnson says her drive to conduct research never stops.

“I don’t just want to take knowledge that other people are discovering and apply it, I want to contribute to new knowledge and science,” Johnson says. “Research will always be my thing.”