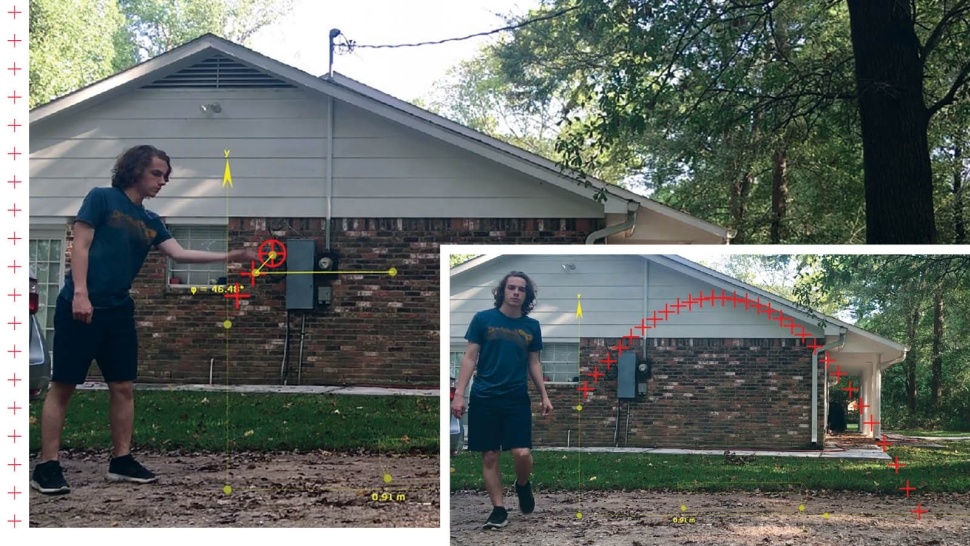 In 2020, the students and professors in Trinity’s classrooms are as close as they’ve ever been.

But the strongest ties still connecting Tigers are the ones at the heart of the University: those formed in the classroom. Each of our classes has become its own community. We’ll show you why class—of all things—is the new highlight of everyone’s week: because it’s just about the closest thing to “normal” we can all get right now.

The real world has a way of disrupting any learning environment.

Whether global pandemics or minor distractions, any number of obstacles can cause a frustrating amount of friction for students just trying to study. So, according to physics professors Jennifer Steele, Orrin Shindell, and Nirav Mehta, it’s time to embrace the messiness of the real world.

“Students always want lab work to be a cookbook: Show up and follow instructions,” Mehta says. “We’ve always had the fancy equipment—motion detectors, carts on tracks—but you can get hung up on that.”

And when your 150-person, six-section Physics 1111 class can’t always meet in person, students and professors have to find a way to take physics home. There’s a lot of material to cover: an entire semester of studying mechanics—including the concepts of energy, momentum, and force—all spanning five labs.

Fortunately for Trinity students, Mehta and Steele are among many Trinity faculty who have redesigned their labs for home learning, allowing students to gather data remotely through downloadable software that can record and analyze the motion of any object they want to use for their experiments. 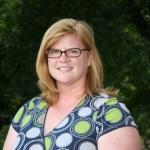 “We’re making use of the fact that everyone has a cell phone with a camera,” Steele (left) says. “We’ve made the labs so that anyone, from students here on campus to our remote learners throughout the country, can go into their kitchen or their garage and find something they can use to complete their lab.”

Mehta, for example, points out that students can understand concepts such as friction through their own footwear: In one lab, students grab two shoes—one with grip, one smooth—and measure the coefficient of friction between the shoe and a slanted surface, perhaps from a clipboard placed at an angle.

Another popular experiment, Steele adds, is measuring the acceleration of gravity by dropping sandbags. While these experiments seem easy in theory, they’ve presented new challenges not covered in the textbook.

“I was just out in my backyard, dropping things from five feet, when I realized I was getting horrible measurements because my reaction time was not good,” Steele says. “So even I learned that there are ways to adjust how you take measurements. You need a second pair of hands, in many cases, and a higher place to drop objects from.” 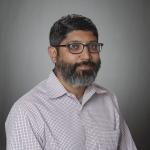 These types of variables, combined with the constant amount of math involved in early physics curricula, can be demoralizing for students, Mehta (left) admits. At least at first.

“But we got through that, because they suffered the first week. Morale is climbing, and I get the sense that students appreciate an aspect of any course that just lets them go outside for a little bit and take their own data,” he says.

And Steele has seen her students make adjustments to their experiments. For example, small groups of students have been meeting to find higher places to drop sandbags.

“Every time you’re asking, ‘Do you want to drop something from a higher balcony or a lower balcony?’ they’ll all say, ‘Higher!’” Steele says. “So we went to drop sandbags off a balcony in the Center for Sciences and Innovation and measured the height by running string toward the ground.”

Mehta says this is called experimental design, and it’s a skill students shouldn’t take for granted.

“That’s not something that we’ve typically covered extensively in previous, ‘normal’ labs,” Steele says. “Because now that our students aren’t just thinking about how the real world affects experiments, they’re also considering how they can perform better experiments.”

Mehta adds, “Our new labs are not ‘cookbook.’ You have skin in the game. We give you the equipment, but you have to come up with your own ideas and measurements.”

And that interactive component has prompted a more engaged class. Ties between professors and students remain stable, Steele and Mehta say. Their office hours are full, with students constantly popping in and out of their Zoom meetings.

Steele says her greatest hope is that students are not feeling shy to get their families involved in experiments. “You need two sets of hands, after all,” she says.

It’s a nostalgic callback, in many ways, to the days of elementary school science fairs, where students had their parents and siblings helping with new projects, and science doesn’t get messier than that.

Because even without top-line facilities or cookbook labs, Mehta says, students can still grow into incredible scientists.

“There really is physics all around you. We use fancy equipment, but in the end, you don’t need it.”