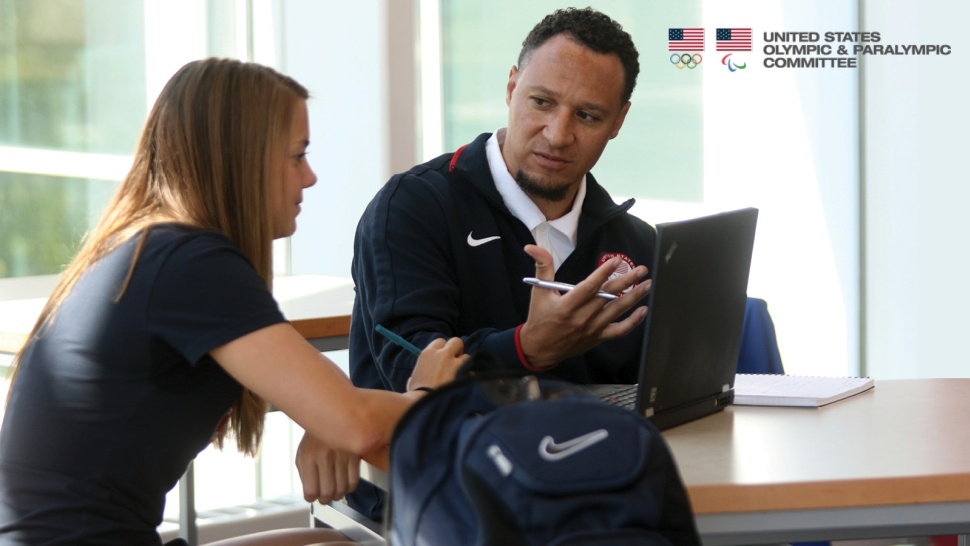 For many, the Olympic and Paralympic Games are a spectacle that happens every two years, when athletes from around the world come together to compete at the highest level in sport.

Yet, the work of supporting U.S. athletes is something that happens every day and isn’t limited to training sessions or conditioning. 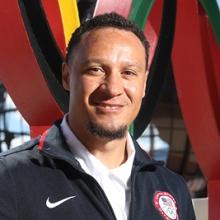 As an athlete career coach at the United States Olympic & Paralympic Committee (USOPC), Terris Tiller ’00 develops the programs and resources athletes rely on for personal and professional development. Tiller works directly with Team USA competitors to create opportunities during their time as athletes, as well as for life after their Olympic and Paralympic careers.

That entails everything from helping athletes navigate sponsorships, to striking the right balance between training and part-time work, to discovering their identity beyond sport as they transition from their athletic careers, Tiller says.

A key part of his job, Tiller says, is understanding how to best help high-performing athletes who are intensely focused on immediate concerns like training and competition.

“The challenge and the opportunity for me is, ‘How can I deliver resources and programs and information that meets that immediate need?’” Tiller says.

For example, rather than initially talking with an athlete about crafting a resume for a job in the distant future, that conversation may instead center around a resume that best articulates an athlete’s value to potential sponsors. When the time ultimately comes to find a full-time job, Tiller says, that person will be well-practiced in speaking about who they are, their transferable skills, and the actions they have already taken to be successful. 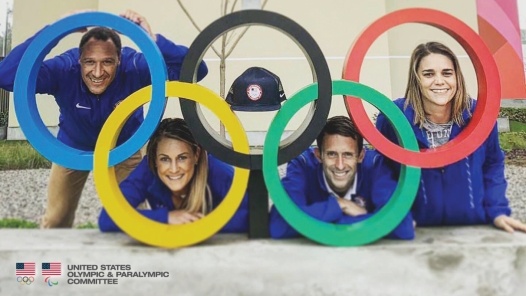 Tiller, who graduated from Trinity with a bachelor’s degree in communication and history, also ran cross country and track as a Tiger–a talent he parlayed into a seven-year professional career as a modern pentathlete before he ultimately joined the USOPC full-time.

Tiller has been with the organization going on 16 years.

He remembers that being a student-athlete wasn’t always easy, but the experience taught him about perseverance and that “if I want something, to carve it out myself.” He also says a Trinity education gives the ability to think “big picture” and that in an environment like the Olympic and Paralympic movements, it pays to be able to bring a wide-ranging skill set to the table. 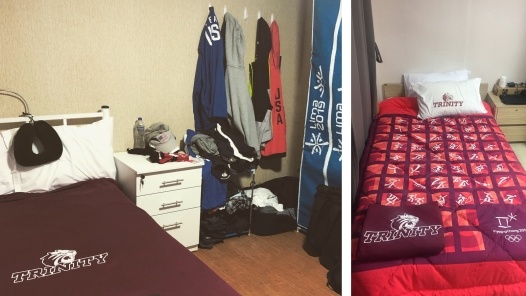 Terris Tiller ’00 brought some Tiger Pride to his room in the Olympic Village at the 2019 Lima Pan American Games (left) and 2018 PyeongChang Winter Olympic Games (right).

Over the years, Tiller has introduced several Trinity students to the Olympics and Paralympics through the FLAME program, which brings college students to the U.S. Olympic & Paralympic Training Center to get an up-close look at potential careers within the movement.

“I look at the FLAME program, and that was my way being able to say, ‘How can I help students of color, particularly students of color at Trinity...get exposed to jobs in sport through the work I do?’” Tiller says.

And while the COVID-19 pandemic led to the postponement of the Tokyo Olympics, Tiller’s summer has been far from slow, especially after the May killing of George Floyd in Minneapolis.

Tiller’s been at the heart of conversations within the USOPC about systemic racism, athletes using their voice to protest, and increasing mental health support for athletes—particularly athletes of color. To continue the conversation beyond the summer, Tiller is leading a group of nearly 40 athletes and staff nationwide as they discuss ways to create change and how they should advocate for themselves and within their own communities.

One of the goals, Tiller says, is making sure athletes are able to train in an environment they feel is free of discrimination and racism.