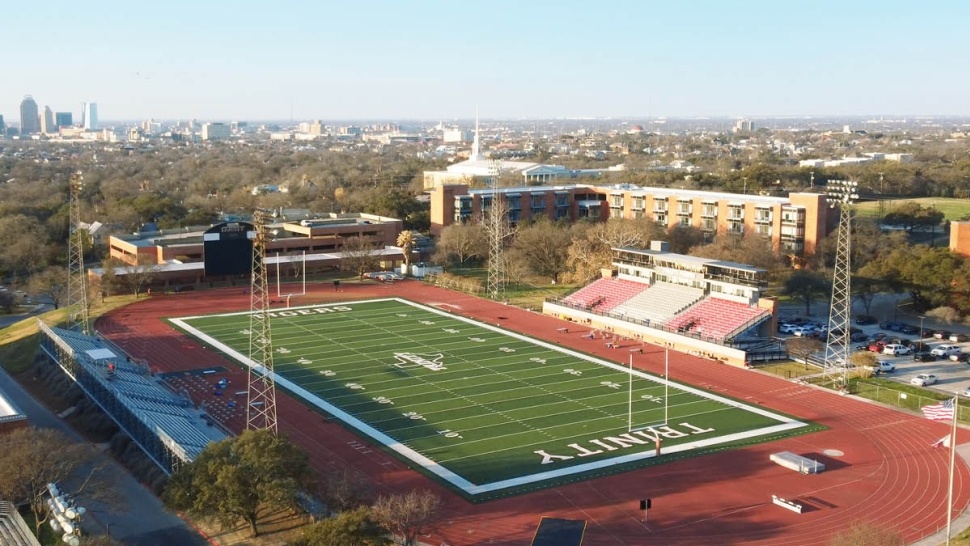 The Trinity Multi-Purpose Stadium, home to Tiger Football and Track and Field, closed out a third round of renovations this year. 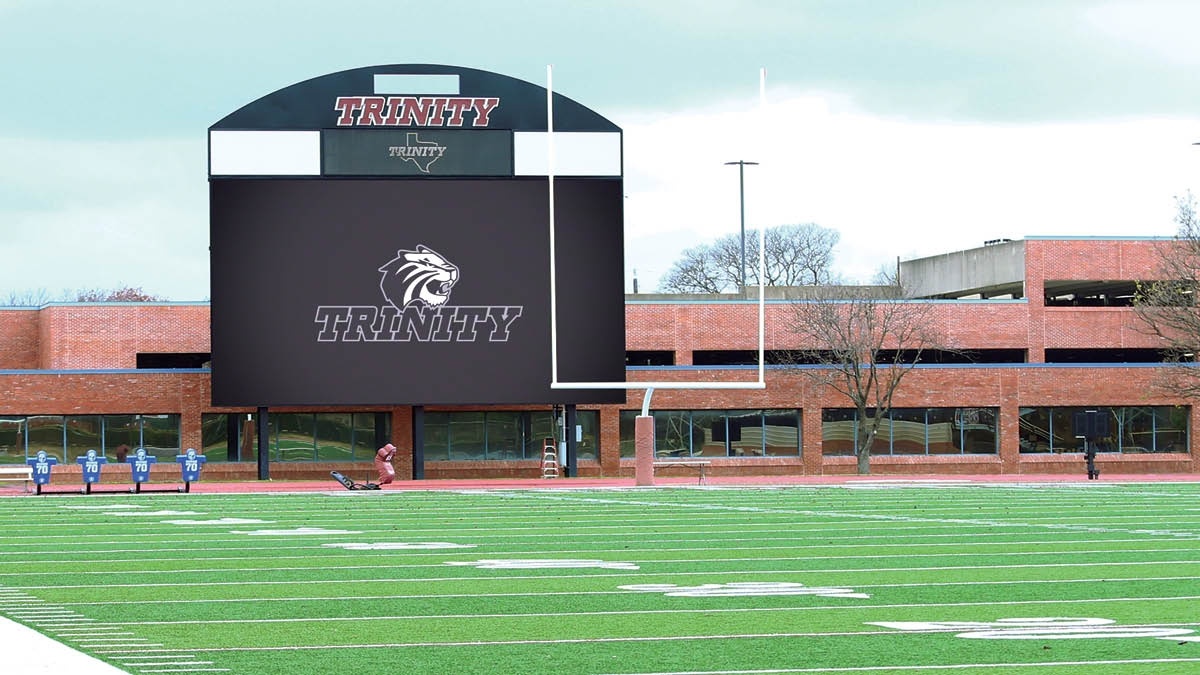 First Round of Renovations

Renovations began in 2018 with the addition of a 28-by-48-foot video scoreboard, made possible by donations from two Trinity alumni. The video scoreboard includes new graphics and instant replay on the big screen, as well as a new sound system. 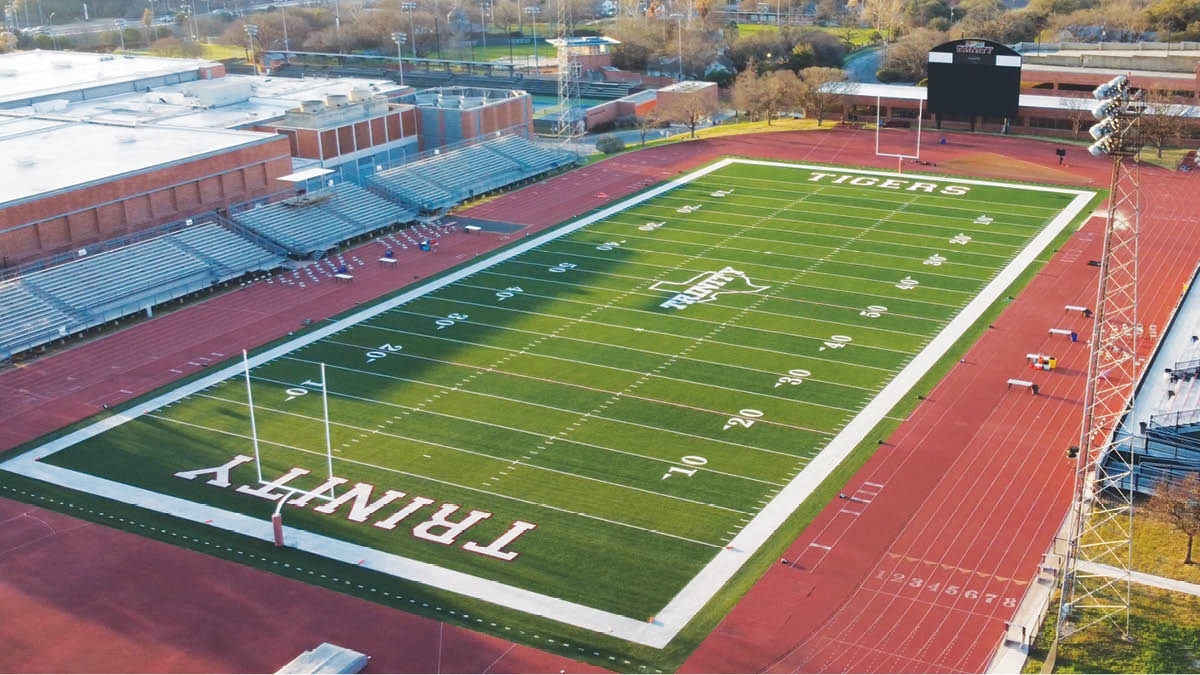 Second Round of Renovations

Trinity transitioned from a natural grass surface to FieldTurf in 2019, finishing in time for the Tiger football home opener that fall. The move improved safety and maximized performance for the football team and also transitioned the space into a true multi-purpose stadium. 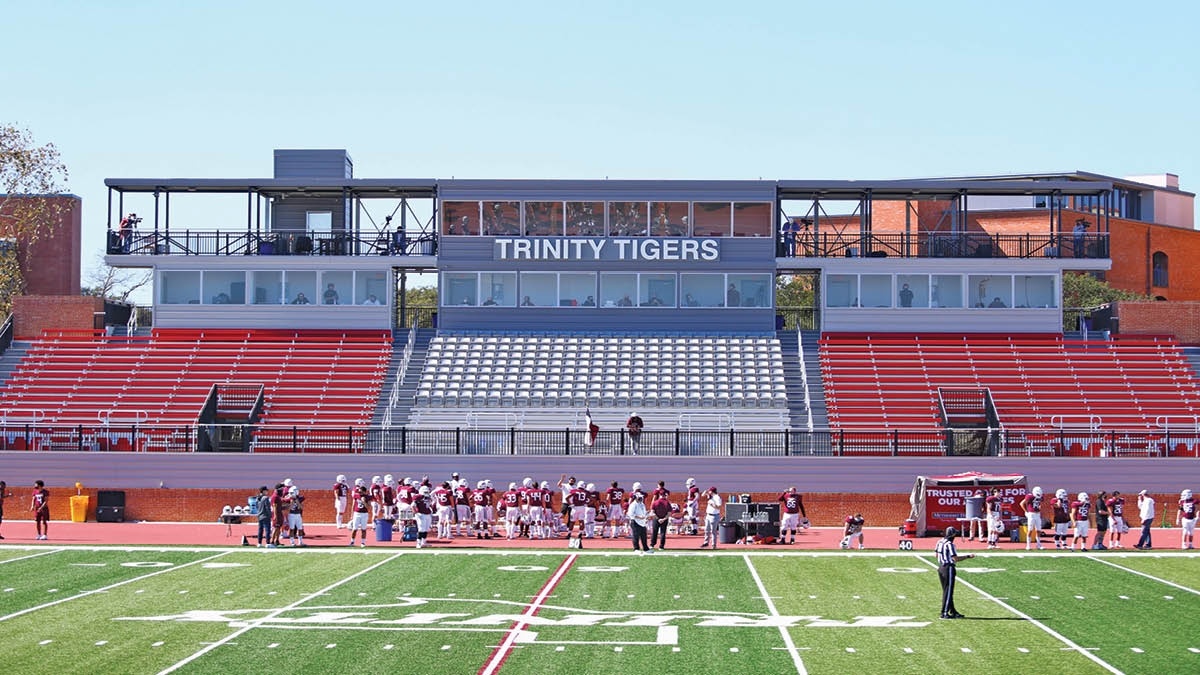 Third Round of Renovations

New Home Side of Stadium

The next phase of the renovations arose largely from a safety issue, as the home-side bleachers at the stadium were in desperate need of attention. The new stands feature seat backs for every seat, deeper rows, and increased capacity. Trinity also upgraded its coaching boxes, broadcast booths, and operations areas. The coaching boxes are now a climate-controlled weatherproof area for both teams’ coaches. The broadcast boxes provide increased space for Tiger Network and staff, as well as a separate space for visiting teams to bring media. The operations box improves working conditions for the game day management staff, including Athletics employees and officials. The second level of the improved press box area includes roof deck patio areas that also serve as prime spots for Tiger Network cameras. In the middle of the two decks is an entertainment suite that can be used for special guests. The third phase of the renovations was made possible by a combination of University funds and donor gifts.

Justin Parker '99 is the associate director of athletics and the sports information director for Trinity University. 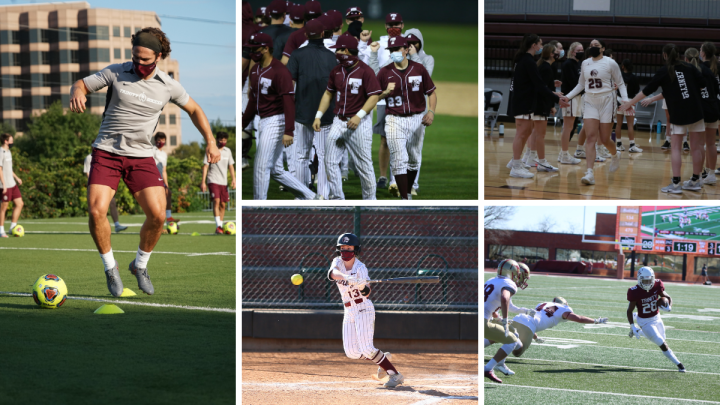 Wednesday, April 14, 2021
Following the cancellation of Tiger Athletics in the spring of 2020 due to…
Trinity Magazine: Spring 2021
Students