Our 2022-2023 mainstage season includes something for everyone! We begin the season with an internationally renowned performance artist, performing his one-person show and presenting several workshops to Trinity students. This is followed by an open mic night in which students from across campus can share their talents with the Trinity community. In late fall, we present a Tony-winning Broadway musical which audiences will love! In the spring we are presenting a new play, exploring the war in Syria and a hilarious modern adaptation of a classic play by Anton Chekhov. Our season highlights our programs commitment to a holistic approach to theatre-making and will challenge our students and entertain our audiences. Stieren Guest Artist Guillermo Gómez-Peña, featuring Balitronica Gómez present a brand new spoken-word monologue & “live-action juke-box.”  Utilizing a casino roulette to select his spoken word texts and props, Gómez-Peña is unplugged, thinking out loud and articulating the challenges and possibilities of reinvention during confinement and in the midst of multiple pandemic.

Guillermo Gómez-Peña is a performance artist, writer, activist, radical pedagogue and artistic director of the performance troupe La Pocha Nostra. Born in Mexico City, he moved to the US in 1978, and since 1995, his two homes have been San Francisco and Mexico City. His performance work and 21 books have contributed to the debates on cultural, generational, and gender diversity, border culture and North-South relations.  His art work has been presented at over one thousand venues across the US, Canada, Latin America, Europe, Russia, South Africa and Australia. A MacArthur Fellow, USA Artists Fellow, and a Bessie, Guggenheim, and American Book Award winner, he is a regular contributor to newspapers and magazines in the US, Mexico, and Europe and a contributing editor to The Drama Review (NYU-MIT), the Performance Art Week Journal of the Venice Biennale, and emisférica, the publication of the Hemispheric Institute of Performance and Politics (NYU). Gómez-Peña is currently a Patron for the London-based Live Art Development Agency, and a Senior Fellow in the Hemispheric Institute of Performance and Politics.

Balitronica is a cyborg-feminist poet, performance artist, radical pedagogue, ritual occultist, hereditary witch, and Cabot Priestess. Born and raised on the border of San Diego/Tijuana by a family of multigenerational occultists, she has a background in classical theatre and Victorian Literature and holds an MFA in Poetry & Writing from Mills College. Her performance work has been largely influenced by her time spent living in a 17th Century Catholic Convent in Paris with a Dominican Order of Nuns. Since joining La Pocha Nostra, she has made a full-time performance practice that explores the ideas of ritual psychomagic acts, occult methods of transcendence, and the human body as conduit.  She has been touring internationally with Gómez-Peña since 2013 and currently resides between San Francisco, Mexico City, and the San Diego/Tijuana Border. Track her current projects online here. 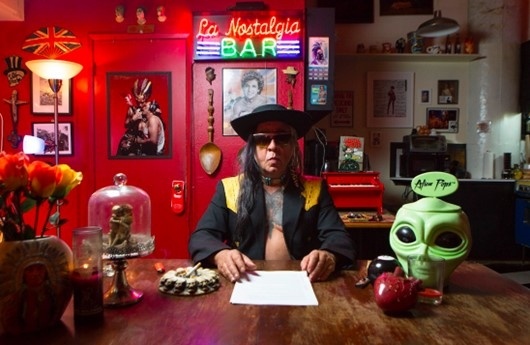 Trinity Theatre Open Mic Night is an opportunity for any member of the Trinity community to share their talent on stage at the Stieren Theatre.  Sing a song, recite a poem, perform a monologue, do some stand-up comedy, anything goes!  More information about signing up for a time slot will be available on LeeRoy.  Any questions, contact Dr. Nathan Stith “Vignettes of a Bug Catcher”

“Vignettes of a Bug Catcher” is a rollercoaster of small scenes following Bug Catcher Girl, who goes on a variety of unanticipated adventures while searching for the Big Bug. She meets a variety of fantastical characters and is put in increasingly bizarre scenarios. The 2005 hit Broadway musical follows six elementary school students as they vie to become the Putnam County spelling bee champion and win a trip to the national spelling bee in Washington, DC!  This fast-paced, hilarious, and heart-warming musical, filled with memorable songs, celebrates the joys and challenges of childhood where not everyone may win…but everyone gets a juice box! “Could You Please Look into the Camera”

“Could you Please Look Into the Camera?” is based on interviews with young Syrian detained by the Assad regime.  The play explores the relationship between Nura, a filmmaker, and Zayd, Karim, and Farah, three young protesters recollecting their arrest and detention. As a piece of Theatre for Social Change, Could You Please Look Into the Camera? poses some critical questions: What is the relationship between art and ideology? Can theatre stimulate political and social change? How can art provide the tools for action to empower individuals oppressed because of their race, gender, class, religion, ideology, and sexual orientation? How can performance serve to raise our consciousness against violence and war?  With this production at Trinity University, we want to continue building a platform for change around difficult dialogues. Henry and Sonia are having a difficult evening with Arnaud, their wakeful six-year-old son; but Henry has other worries. About to publish the results of two years’ research on the flatness of galaxy halos, he’s desperate to make a good impression on the distinguished astrophysicist Hubert Finidori, who wields a decisive influence over the question of Henry’s longed-for promotion. So when Hubert arrives with his rebellious wife, Inez, in tow for dinner on the wrong night, the fact that there is no food in the apartment (merely an ample supply of Sancerre) is only one of the potentially disastrous elements in play. Add to this Hubert’s often brutal treatment of Inez; his lust for Sonia; Inez’s weak head for alcohol; Henry’s discovery that rival scientists may have beaten him to the punch; Sonia’s equivocal feeling of attraction towards Hubert; and the entirely unpredictable behavior of the invisible Arnaud—and the stage is set for a catastrophic unraveling of normal civilized behavior. But will it be this kind of catastrophe? Or that? Or, perhaps, worse still, will catastrophe be averted altogether? 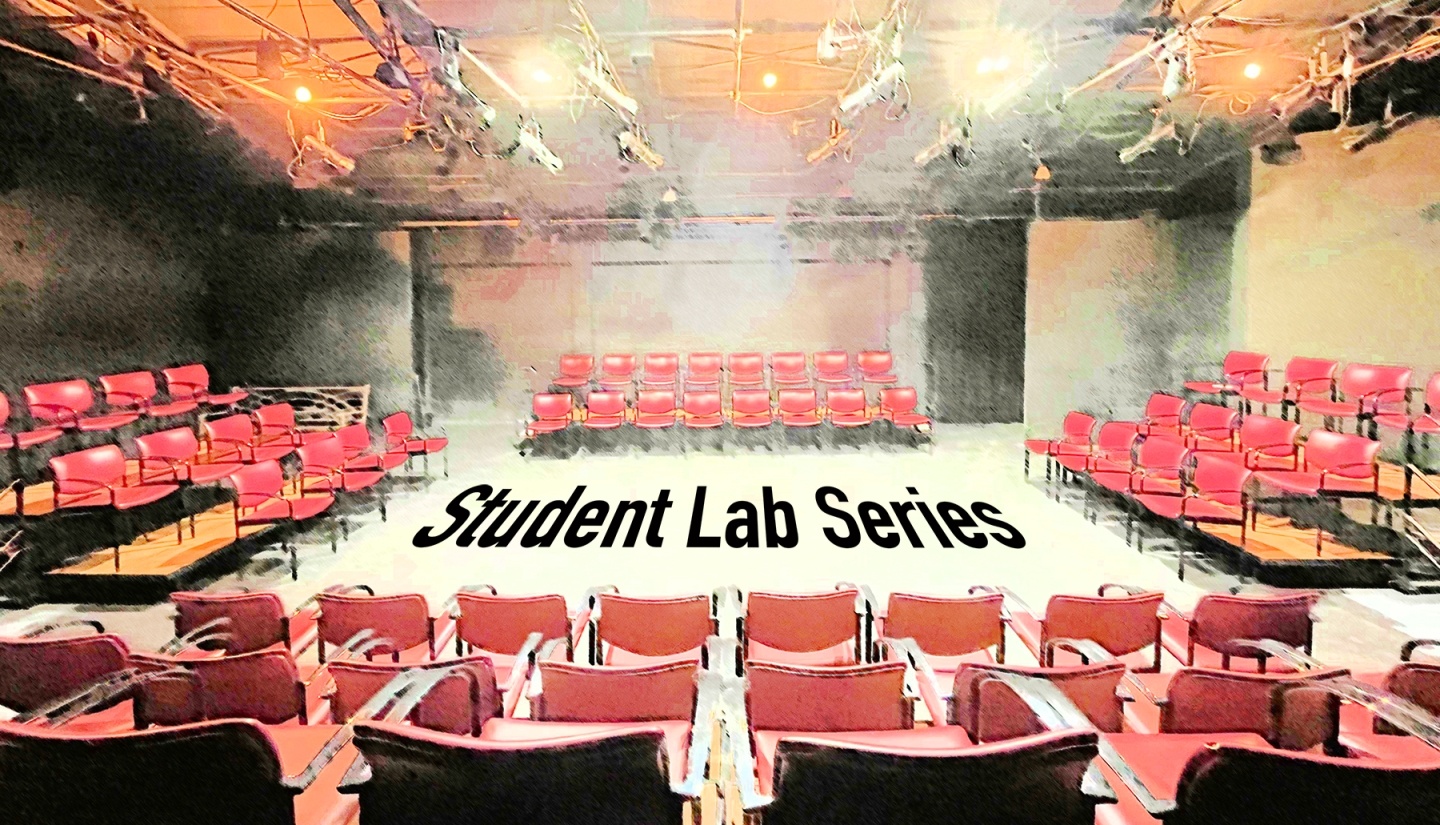 The Trail to Oregon is an original comedy musical written and produced by the theatre company and internet sensation Starkid that ran Off-Broadway in 2015. The show parodies the popular retro video game The Oregon Trail, following a family of farmers in the mid-19th century on their pioneering journey to a better life out on the western frontier. Along the way the family faces numerous (and hilarious) challenges and dangers, forced to overcome poisonous snakes, raging rapids, dishonest merchants, dysentery, and the infamous bandit king.

Passion, angst, intrigue, and betrayal about...art? A young playwright rages against the theatre of the older generation, while his celebrity mother competes with his actress girlfriend in a deathmatch over a famous novelist. Aaron Posner's adaptation of Anton Chekhov's "The Seagull" presents a hilarious family feud about the timeless struggle between past and present, old and young, tradition and the avant-garde.