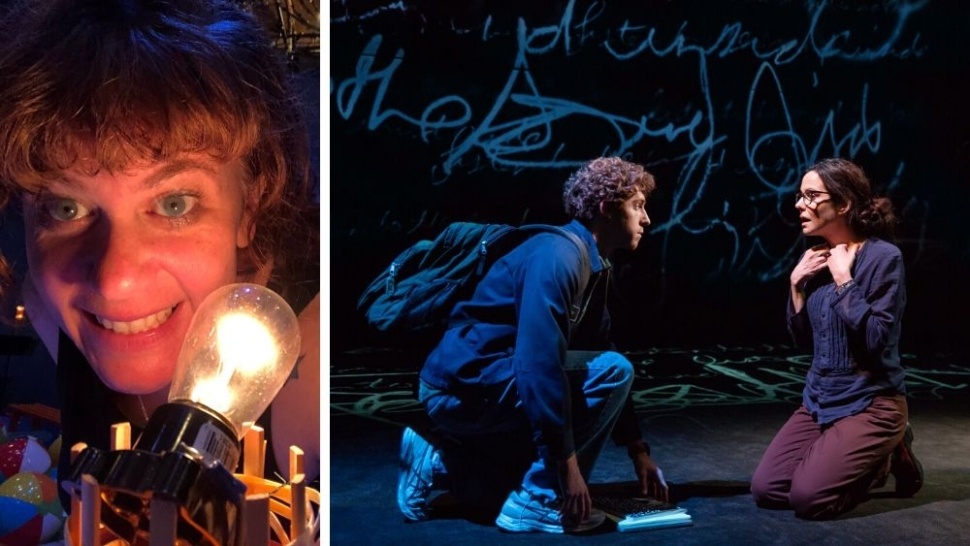 “The Best Job Ever”
From Chicago’s theaters to Broadway in New York, Heather Gilbert ’92 has earned her place among the industry’s top lighting designers
Carlos Anchondo '14
Monday, December 2, 2019

For the past several months, Studio 54 has been Heather Gilbert’s office. The famous nightclub-turned-theater recently opened its doors for The Sound Inside, one of Broadway’s newest plays, with Gilbert ’92 serving as the production’s lighting designer.

The play stars Mary-Louise Parker—known for roles on hit shows like Weeds and The West Wing—as an Ivy League professor caught up in a suspenseful dilemma.

Gilbert works to create the characters’ world through a strategic deployment of lights, which she chooses, along with timed transitions. Each decision takes into consideration how the actors operate within their realm, Gilbert says, and aids in fostering the right atmosphere onstage.

“Acting is the hardest thing in the world, and so I still think it’s magical when I watch these people,” Gilbert says. “I have the best job ever, because I go to work every day and people get in front of me and they tell stories.” 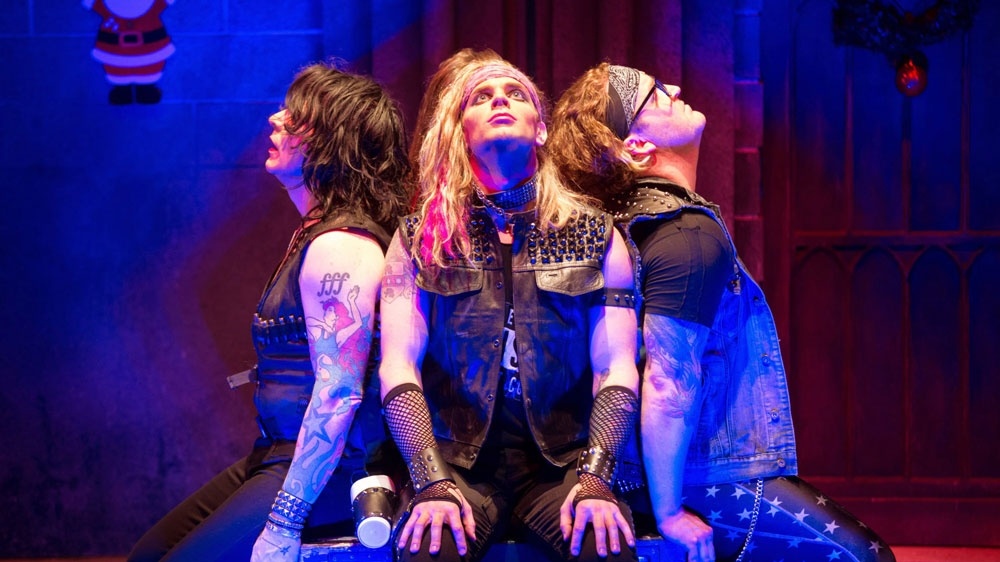 While some may imagine her job to be immensely technical, Gilbert says what’s more important is knowing how to research and understand the world the characters live in. That means spending quality time with the script and learning about the motivations of the actors. It also involves a lot of collaboration with the playwright, director, and her fellow designers.

When she was starting out, for example, Gilbert says there was no such thing as light-emitting diodes, or LEDs, which are now commonplace (there were LEDs, but they weren’t used in theater lighting instruments). The technology involved with theater lighting is developing so rapidly, she says, that the ability to continually learn is critical to her work.

Although she’s now a highly successful lighting designer, Gilbert didn’t come to Trinity thinking she would pursue a theater career. Originally from Houston, Gilbert enrolled in an introduction to theater course, which she describes as “unbelievable,” that opened her eyes to the various elements of a production that must all come together to make it work.

Tim Francis, technical director in Trinity’s human communication and theatre department, was a mentor to Gilbert, who recalls his patience as she grilled him during office hours on the ins and outs of lighting. Francis taught her to focus a light with all of the other lights on—normally done with those lights off—a talent that still distinguishes her skillset to this day.

“It makes me so much more attuned to light,” Gilbert says. “That’s what makes it so much easier for other people to work with me, because if automation needs to fix something and they cannot turn all of the lights off, I can still continue to work with everybody.”

A major in theatre also gave Gilbert some of her closest friends from Trinity, classmates that she still texts and emails with on a regular basis. She’s even made road trips back to San Antonio for Fiesta or when she was named a Stieren guest artist back in 2004.

Gilbert, who is witty and quick to laugh, says her liberal arts education informs her work each day, whether it is from a research background or a grounding in history, psychology, sociology, or even science and math. She says that no matter what career someone pursues, they should take a theatre course at Trinity, in no small part because of faculty like Francis or Steve Gilliam.

In addition to her time on The Sound Inside, Gilbert—who calls Chicago’s Pilsen neighborhood home—has also worked on productions such as Ms. Blakk for President and Dance Nation, both with the Steppenwolf Theatre Company, The Niceties with Writers Theater, and Corpse Washer, How to Defend Yourself, and We’ve Come to Believe, all with the Actors Theater of Louisville.

Gilbert, who’s lived in Chicago for the majority of her adult life, holds an MFA from the Theatre School at DePaul University, and she now teaches at Columbia College Chicago. When she is not working, Gilbert is researching her next vacation, preferably it if involves sunsets (she once went all the way to Sagres, Portugal, to take them in).

In particular, Gilbert loves Chicago’s theater scene because of its unpretentious nature. She says while it’s definitely difficult to reach the city’s top echelons, no one in Chicago’s theater network begrudges someone else for going back and doing a production, for example, in a tiny storefront for no money. For Gilbert, what is more important than the prestige and glamour of Broadway is the artistry and integrity of a project.

Still, even she admits Broadway holds a certain allure.

“It’s just these moments where I’m like, ‘Wow, 21-year-old Heather, sitting in Coates at Trinity, or in the Ruth Taylor courtyard,’ and I totally dreamed that I would work on Broadway one day, that all of that stuff is going to happen,” Gilbert says. “And it did.”