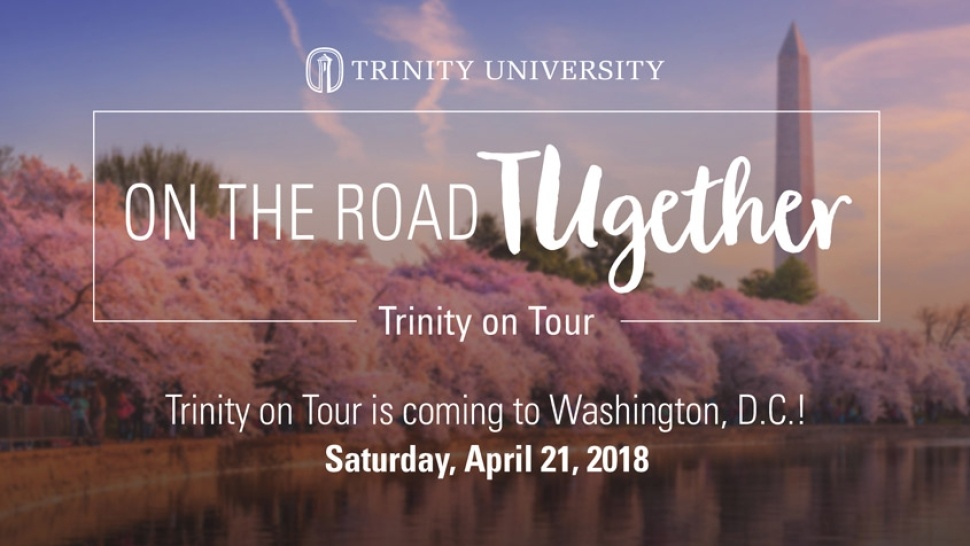 Four Trinity University faculty members are taking their expertise on the road to teach “classes without quizzes” on Saturday, April 21 in Washington, D.C., as part of Trinity on Tour. Professors will discuss communicating in the era of fake news, the destruction and reconstruction of Syria, and how science fiction echoes material from Greek and Roman antiquity.

"One of the many things I admire about Trinity graduates is their drive to be lifelong learners," says Anderson. "Trinity on Tour is a program designed to nourish that desire and deepen connections with the University and one another."

Academic sessions comprising the “classes without quizzes” format will feature:

—  Communication professors Jennifer Henderson and Aaron Delwiche co-presenting “Communicating in an Era of Fake News.” They talk about whether there is a difference between biased news and fake news and answer the question of how we can identify real news from “fake” in an era of immediate, 24/7 information.

—   David Lesch, the Ewing Halsell Distinguished Professor of History, presenting “The Destruction and Reconstruction of Syria: What Bashar al-Assad has Won and Lost.” Lesch, who came to personally know Assad better than any other Westerner, assesses the Syrian president’s decision-making as well as the prospects for conflict resolution and the reconstruction of a broken nation.

In the keynote address, Dirk Elmendorf ’97 and Pat Condon ’93-'94 will share their entrepreneurial path to building Rackspace, a global cloud computing company founded and headquartered in San Antonio, along with how their Trinity education prepared them to build a successful enterprise.