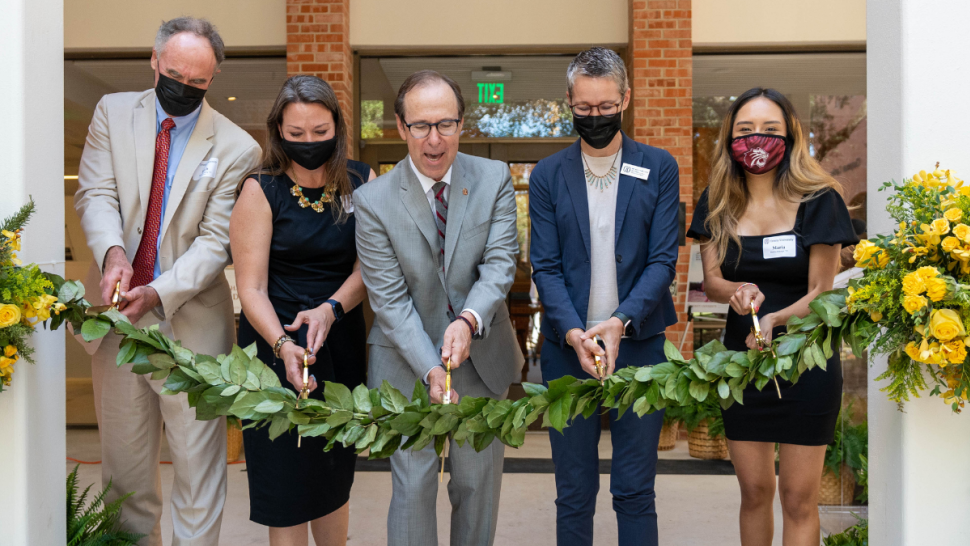 Trinity University is known for its commitment to redefining the liberal arts and always setting its sights on a brighter future for its students and world-class faculty. On Aug. 11, the University marked such a day with a ceremonial ribbon-cutting event to officially reopen the newly-renovated Halsell Center. This reimagined building is now the dedicated home to classical studies, history, and philosophy departments.

The Ewing Halsell Center, which initially opened in 1968, was the 41st and last building that famed architect O’Neil Ford designed as part of Trinity’s Centennial Program and is one of 26 buildings on campus that is part of Trinity’s National Historic District. It was also the original home to the University’s first computer, an IBM 360 model 44, at that time considered the height of state-of-the-art technology.

“When Trinity opened this building in 1968, this current campus wasn’t even 20 years old, yet even then, Trinity was building for the future,” says Danny Anderson, Trinity University president.

“Halsell was home to one of the University’s first computers, an IBM 360, Model 44, and then University President James Laurie boasted about the computer’s cutting edge speed, which could add a column of 10,000 figures in 23 seconds. But on that March afternoon in 1968, President Laurie realized that this building was about more than a computer - quoting him: ‘This building, and others surrounding it, are equipped to deal with scientific knowledge, intellectual insight, philosophical perception, and social promise.’”

“That IBM 360 was sent to the scrap heap long ago, but this building’s purpose remains the same: ‘to enable generations of students to navigate the human race and direct human intellect across the oceans of opportunity which now beckon,’ as President Laurie so eloquently put it,” explains Anderson. 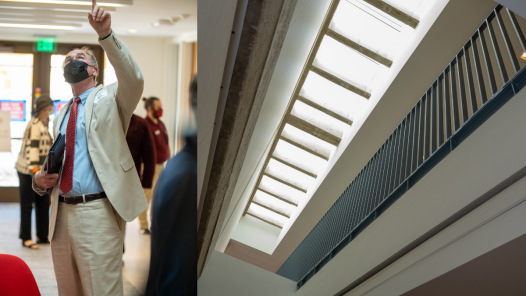 Trinity Trustee Herb Stumberg '81 marvels at the newly installed glass ceiling of Ewing Halsell Center—a result of opening up the existing hallway through to the ceiling of the building's third to enable daylight harvesting.

Today’s building includes technology that will give Trinity’s students the space and resources to collaborate. It’s a place where students and faculty will use innovative, cross-disciplinary areas, and tools to help answer questions and question answers.

“We're extremely excited about the opening of Halsell,” says Tim O’Sullivan, professor and chair of the Department of Classical Studies. “As the co-chair of the renovation project committee, I am thrilled that eight years of planning is coming to fruition, and that two more state-of-the-art buildings are on the way,” he says. “And as the chair of the Classical Studies Department, I can't wait to share this new space with our students. The new Classical Studies Department is much more student-focused than our old space,” he explains, “particularly the new seminar and research room, which will allow the students in our two humanities labs to have their own research and meeting space.”

“Our new seminar room looks like it will be excellent for research and classes alike,” says classical studies student Meg McDonald ’22. “With its cozy atmosphere and vast amounts of white board space, it really captures the spirit of the small class sizes and discussion-based learning that Trinity prides itself on.”

This renovation project was made possible through the generosity of the Ewing Halsell Foundation and other philanthropists.

“As we prepare to officially reopen the new Halsell Center, let us give thanks to a half-century’s worth of ideas exchanged, and knowledge gained within these walls,” Anderson says. “And may this center continue to serve as a vessel for oceans of opportunities for many years to come.” 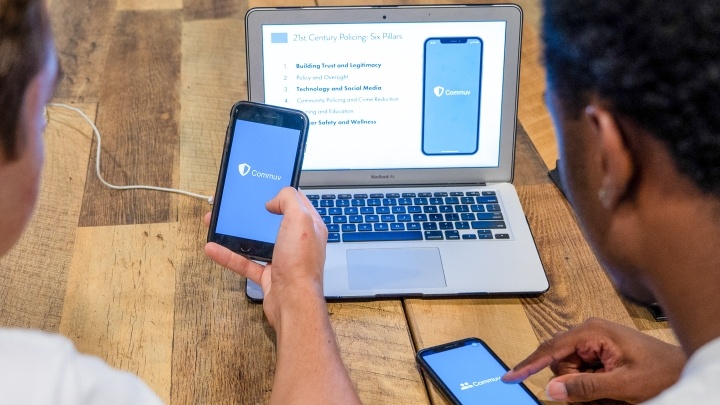