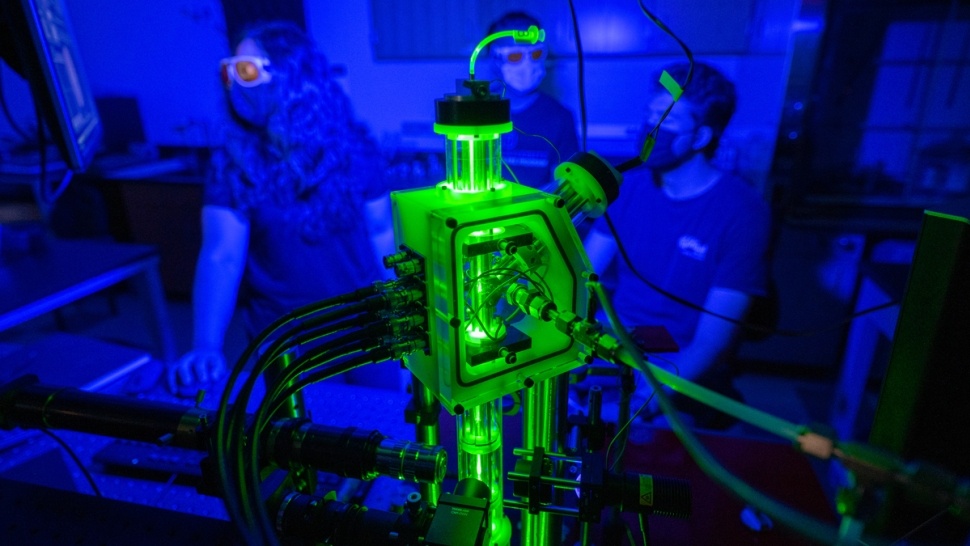 Aerosols, or particles suspended in the air by gas, are all around us.

They include harmful pollution such as smog and smoke. For more than a year, they’ve also been at the forefront of the COVID-19 discussion, as tiny, virus-laden particles from sneezes and coughs are flung into the air around infected persons, putting those within six feet at risk.

Needless to say, studying aerosols is a vital process for scientists, but also a costly one. Aerosol research devices that can detect and categorize these particles cost in the hundreds of thousands. So, Trinity startup MicroLev is aiming to build a more affordable one. 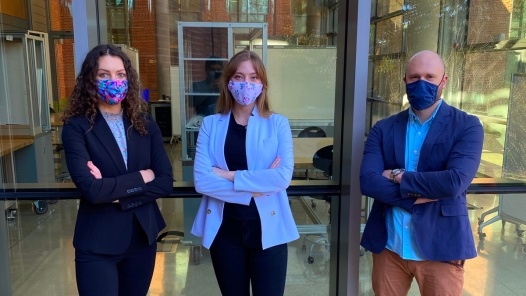 “Aerosols impact every aspect of our lives, and we don’t even realize it,” says chemistry professor Ryan Davis, Ph.D., who founded MicroLev along with students Josefina Hajek-Herrera ’22 and Bene Snyder ’22. “They’re literally everywhere—we’re exhaling them as we speak. Our industry is missing a cost-effective tool to characterize aerosols on a single particle basis.”

The MicroLev instrument fills that gap, allowing researchers to capture a single particle, levitate it, and categorize it. It operates on standard electrostatic principles: using an electric charge to suspend particulate matter.

And it’s a tool Davis, Hajek-Herrera, and Snyder hope to bring to classrooms and labs across the country, thanks to Trinity’s Stumberg New Venture Competition. MicroLev has advanced through the competition’s spring semifinals, earning $5,000 in seed money and a spot in this summer’s Accelerator program in the process. During the Accelerator, the group is honing their prototype, developing their business model, and networking with vital industry partners and mentors, all while receiving funding, student housing, and support from Trinity’s Entrepreneurship department. Later this fall, the group will compete in the Stumberg finals, with a $25,000 grand prize at stake. 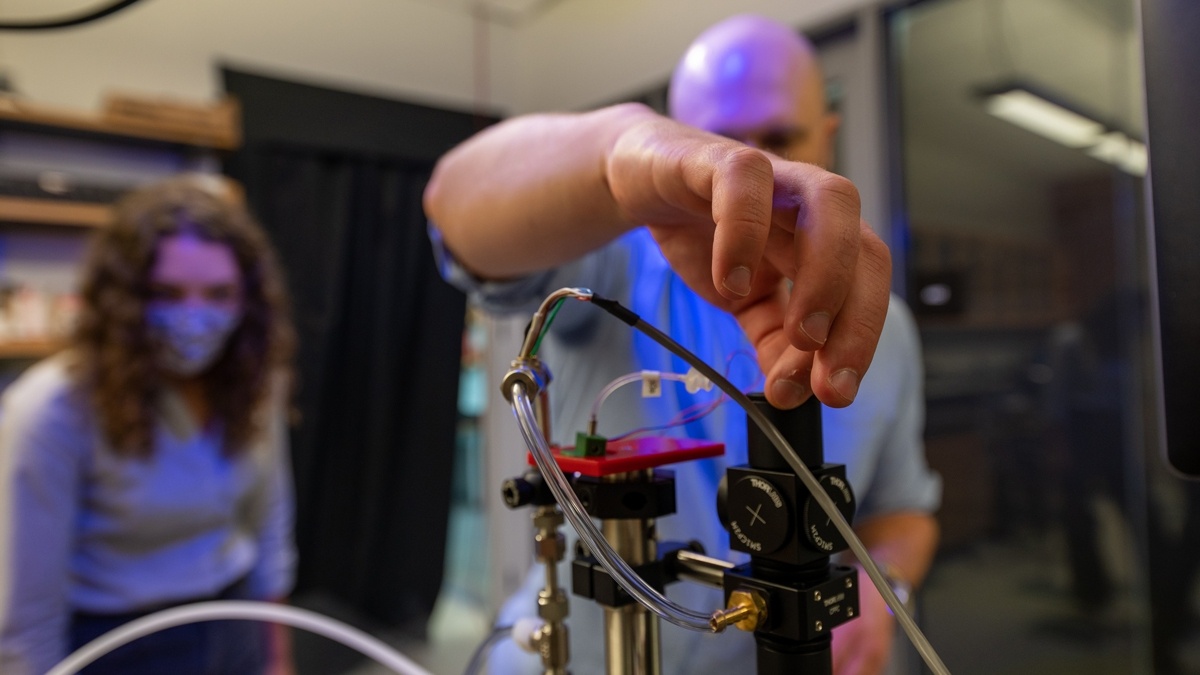 At first glance, MicroLev might seem like the type of company founded by advanced chemistry minds—and Davis is certainly one. At Trinity, Davis’ research focuses on the chemistry and physics of aerosol particles and micro-droplets to address global issues in environmental and public health.

But MicroLev is also an interdisciplinary group, with Hajek-Herrera, a business administration major in Trinity’s AACSB-accredited school of Business, and Snyder, a business analytics and technology (BAT) major who specializes in data science. 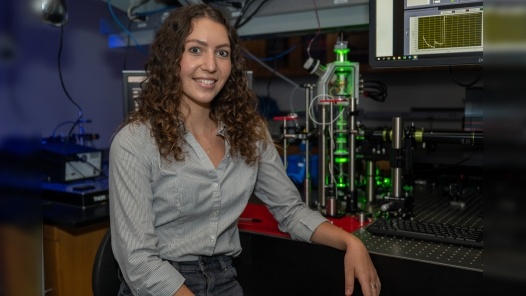 Hajek-Herrera is spending her summer in the lab with Davis, while Snyder works with the group remotely.

Hajek-Herrera started in Davis’ lab as a chemistry major early in her Trinity journey. Even though she shifted to business, she enjoyed the research so much that she stayed on with the lab. “It was extremely unique, because it’s not a traditional lab, with beakers or anything, but you’re developing these instruments and working with tiny particles,” Hajek-Herrera says. “So I stuck with it even after I left chemistry, and Dr. Davis actually suggested we launch this startup and patent our device as a way for me to fit right in with my business skills.”

And the group brought on Snyder, a former roommate of Hajek-Herrera, for an accounting and financial skillset.

“As someone who, just a year ago, did not have a heavy scientific background, I can tell you it has been an incredibly exciting journey learning more about how aerosols affect the world around us,” Snyder says. “This is a topic most of us have no clue about, but that's where MicroLev fits in. By making analytical instruments more accessible, we can get closer to understanding threats like COVID-19 and climate change that affect us all. So when I see how these instruments are so expensive, I know how meaningful it will be to create a more accessible one.” 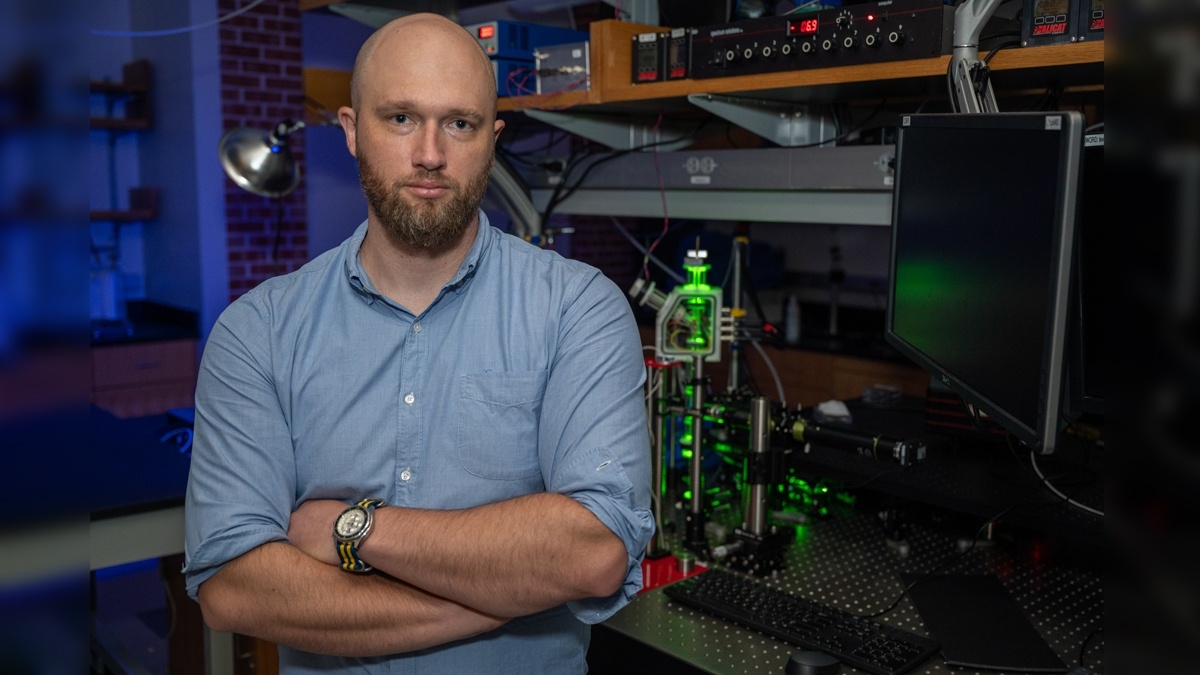 Assembling this type of interdisciplinary startup would be a challenge in many college entrepreneurship programs. But MicroLev is also unusual, even among Stumberg teams, for having a faculty member who is this invested in the process.

“It’s been unbelievable,” Davis says. “I didn’t have a whole lot of expectations for this startup; it seemed like a tremendous undertaking. But over the course of the past year, Josefina and Bene have been such drivers of what MicroLev has become. I’ve been in awe, honestly, of their unique skill sets, and it’s been a joy to see our pitch for this startup come together.”

Trinity has long enjoyed a rich environment for collaboration due to its 9:1 student-faculty ratio and nationally recognized faculty. But to Hajek-Herrera and Snyder, MicroLev represents something beyond having accessible office hours or an active email chain: The startup represents a true partnership between faculty and students. 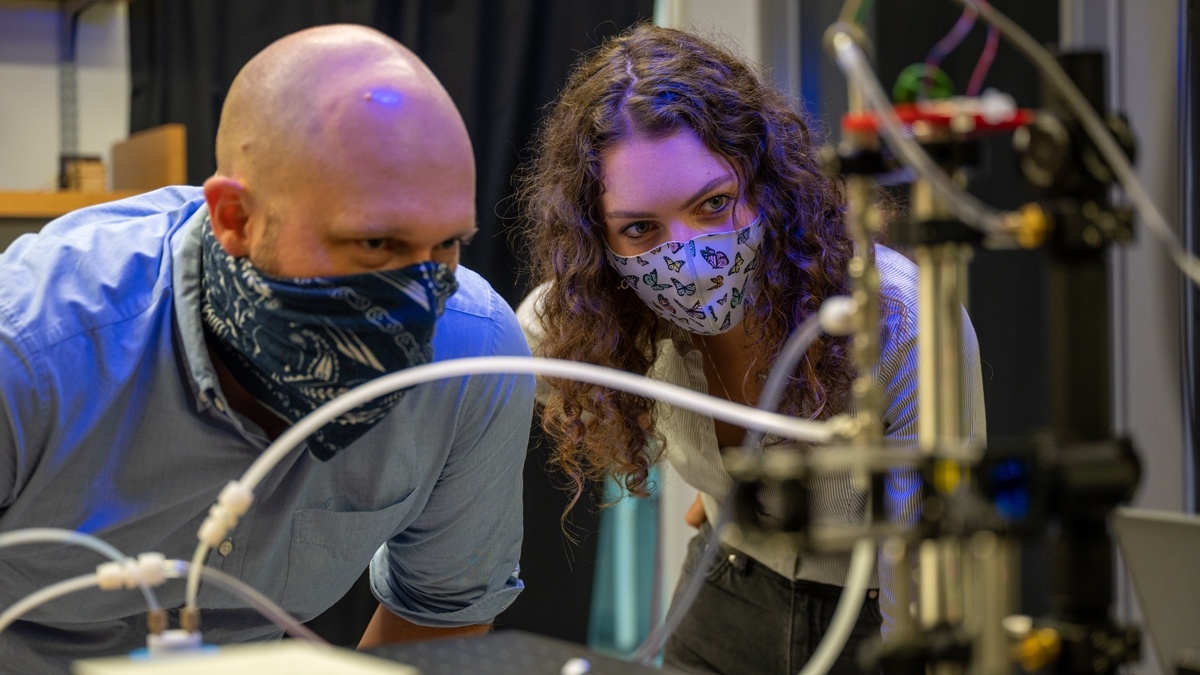 “This is an opportunity you don’t get at most universities,” Hajek-Herrera says. “I couldn’t have asked for a better professor to work with, because I’m pursuing my passions, and I’m having a blast doing it.”

“Having Dr. Davis is giving both of us new confidence,” Snyder adds. “We’re really creating something exciting here.”

During the Accelerator, the team is continuing to refine the prototype. The latest assembled version of the device is already “working great,” according to Davis, with more usability tweaks left in the upcoming months.

Tweaking the business model for MicroLev is just as important to the team’s future as is the product, so the Center for Innovation and Entrepreneurship is also introducing the group to alumni connections in the manufacturing industry, as well as advisers who work in sales and accounting.

“We’re trying to seek mentors right now who can inform us in areas where we are lacking,” says Hajek-Herrera, who has made use of Trinity’s Venture Mentoring Service to make “invaluable connections.” 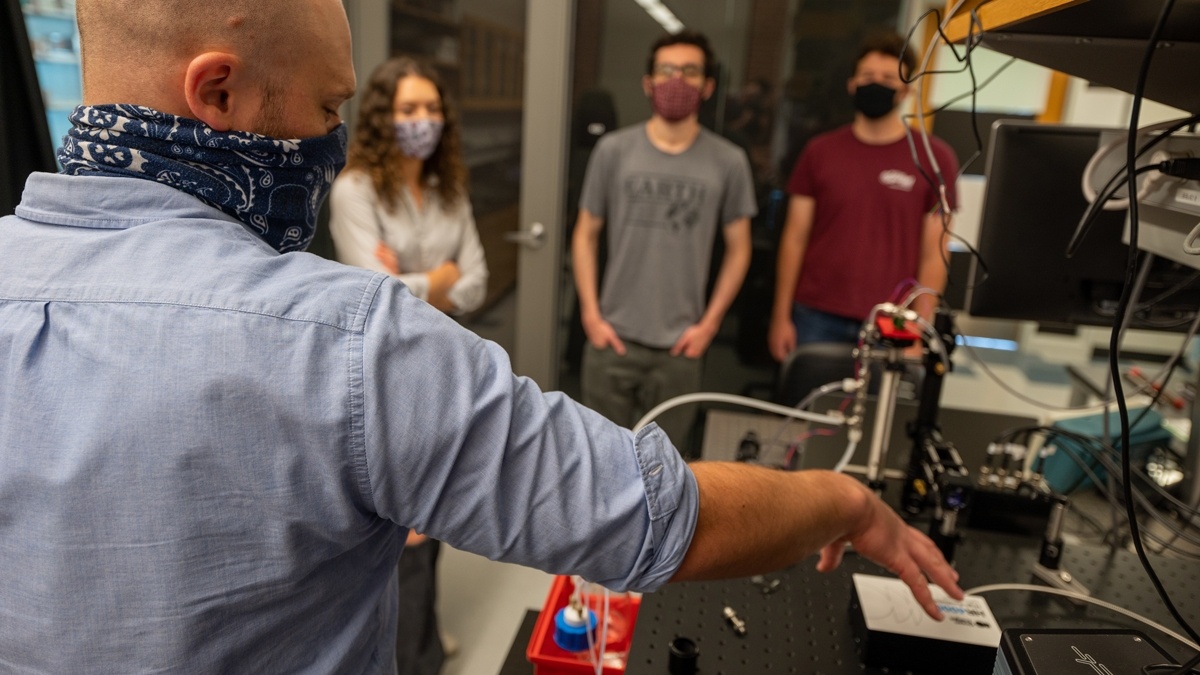 The next steps for the group, in advance of the fall finals, are to use their seed money to file a provisional patent on their technology, then file a utility patent.

Taking home the $25,000 grand prize from Stumberg remains an important goal for the group, but Hajek-Herrera says the goals of MicroLev are bigger than one contest. “Winning that money would be a big help,” she says. “But we’re not letting one prize make or break the future of our company.”