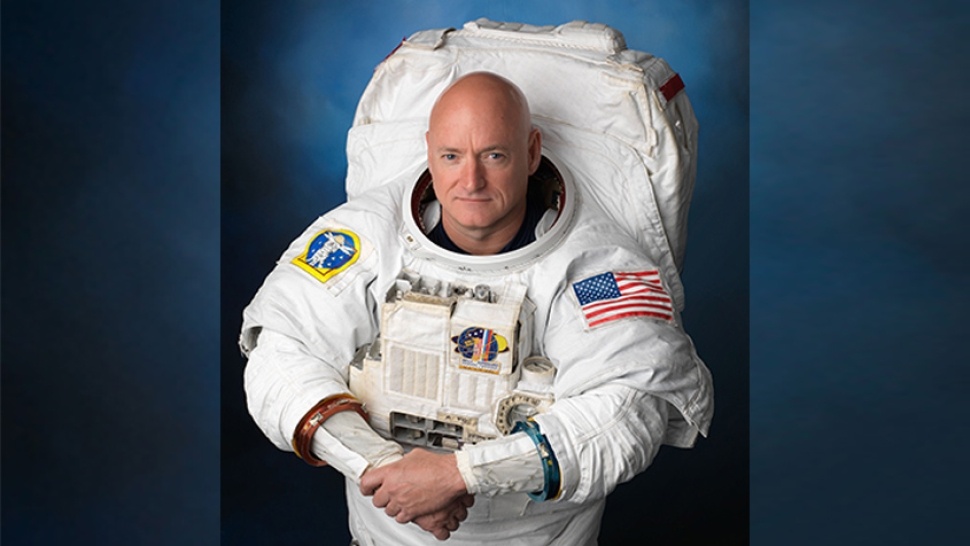 Capt. Scott Kelly, a retired NASA astronaut who spent a record-breaking year in space, will be the guest speaker at Trinity University's Fall 2016 Distinguished Lecture Series.

His presentation will take place at 7:30 p.m. Thursday, Sept. 15, in Laurie Auditorium on the Trinity campus. The event is free and open to the public and seating will be on a first-come, first-seated basis. No tickets are required. Doors will open at 6:30 p.m.

An astronaut since 1996, Kelly will present, "The Sky is Not the Limit – Lessons from a Year in Space."

His historic mission spanned March 2015 to March 2016, during which time Kelly and Russian cosmonaut Mikhail Kornienko conducted experiments, reconfigured station modules, and captivated the world with live interviews and never-seen-before photos from the International Space Station.

Scott Kelly's 20-year NASA career earned him the coveted position as America's first year-round astronaut and enabled him to lay the groundwork for the future of space travel and exploration.

He has been featured on the cover of Time magazine and conducted live interviews on the Today Show as well as being spotlighted by Forbes and CNN. In addition, his Twitter following is rapidly approaching 1 million, proving that the world remains in awe of a hero's return to the planet that is home, from an adventure that is extraordinary.

He will share life lessons and personal stories that reveal unique and valuable advice on pushing one's own limits, to insight on the leadership and teamwork required in such demanding conditions, and the challenges, such as long-term sequestration from loved ones and Planet Earth. Kelly will reflect on the choices and life events that paved his journey's path and brings audiences to the edge of their seats as he delivers a truly one-of-a-kind experience.

Prior to his career with NASA, Kelly served 25 years in the U.S. Navy, retiring as an experienced aviator and decorated Captain.

The Distinguished Lecture Series is made possible by an endowment gift from the Walter F. Brown Family of San Antonio. For more information, contact the Office of Marketing and University Communications at 210-999-8406 or visit the events page.