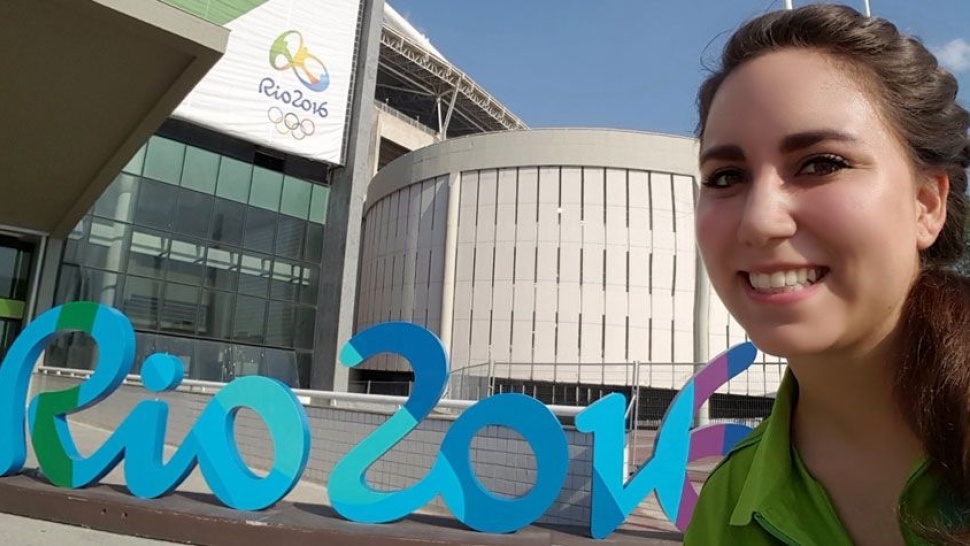 Making a Difference, With Heart
As an asylum officer, Montsé Garcia ’11 connects with applicants hoping to start a new life in the U.S.
Carlos Anchondo '14
Wednesday, January 30, 2019

Each year, thousands of people come to the United States in search of asylum. In the application process, overseen by the U.S. Department of Homeland Security (DHS), noncitizens must demonstrate proof of prior persecution or a “well-founded fear” of future persecution if they returned to their home country.

This process includes an interview, where asylum officers such as Montsé Garcia ’11 meet with applicants to hear their stories. Under oath to tell the truth, people regularly “relive the worst days of their lives,” says Garcia, as they describe the reasons they left home and make their case for asylum.

“Every day, someone is crying or upset because they are sharing very personal stories with a stranger,” Garcia says.

As a Houston-based asylum officer, these interviews are an everyday part of Garcia’s job with the asylum division at U.S. Citizenship and Immigration Services, a DHS agency. Garcia knows the interviews can be emotionally taxing for applicants, so she does her best to make them feel more like a conversation and less like an interrogation.

This can be a difficult balance to strike, as Garcia works to verify an applicant’s identity and to better understand the circumstances why someone left their country. Inherent in every interview, Garcia says, is a skewed power dynamic. She tries to mitigate this imbalance by acknowledging its existence and by building rapport with applicants.

Garcia’s desire to establish a human connection with applicants stems from a mantra she learned as a Trinity student. Although she majored in political science and Spanish, it was courses with English professor and chair Claudia Stokes, such as “Introduction to Feminist Theory,” that taught her that “the personal is political.” Born of the feminist movement of the 1960s and ’70s, this idea argues that the personal sphere is intertwined with the political and that personal experience is impacted by political structures.

“There are political dimensions to one-on-one interactions, and by recognizing those dimensions you can act accordingly and change things,” Garcia says. “Even outside of the political science department I had professors who taught me strong political concepts that I take to heart today.”

Garcia recalls the mentorship of the late Mary Ann Tétreault, who taught her in courses such as “The Individual in World Politics.” Tétreault encouraged Garcia and her classmates to create a world focused on a “human security” paradigm and emboldened them to affect global change on an individual level. 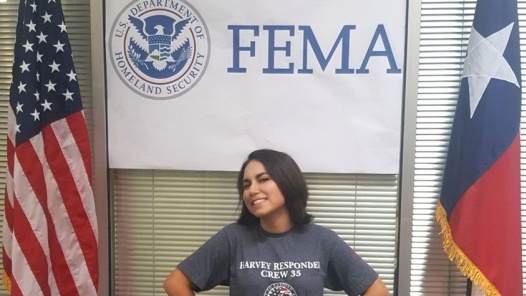 Before moving to Houston in July to become an asylum officer, Garcia worked for three years as a field representative in El Paso for U.S. Immigration and Customs Enforcement (ICE). In that capacity she worked on the Student and Exchange Visitor Program, ensuring that noncitizen students were lawfully engaged in study and that their visas had not been terminated.

Garcia references the terrorist events of 9/11, where one of the hijackers came to the U.S. on a student visa, and the Boston Marathon bombing in 2013, where a friend of the bomber – charged with interfering in the investigation – had entered the U.S. illegally on a terminated student visa. In El Paso, Montse would meet with school officials twice a year to ensure the foreign student data they reported was legitimate.

And while DHS and ICE are frequently the subject of news reports, Garcia says all of the fellow government workers she’s met are dedicated public servants intent on doing their jobs well and professionally. One of the things that attracted Garcia to this line of work was the opportunity to make a difference and to help protect her country from possible terrorists.

“I myself am a third-generation Latina,” says Garcia, whose international family includes siblings who are Bolivian citizens and a stepfather who is a British citizen. “I was raised in an environment where I was taught diversity was a good thing. You know, to be an American is to be an immigrant, as I myself am a testament to. And every worker I know is like me, working hard and trying to do the right thing.”

At Trinity, Garcia nurtured this passion for diversity as an active member of the International Student Club. Her favorite events were the annual banquet and showcase, where students and faculty from around the world would showcase cultural treasures and global traditions.

More than one specific memory, Garcia says it was the people she met at Trinity that made the University such a special place. Presently, she occasionally works with Inessa Stepanenko, who was her supervisor as a student worker in the international students office, and is still close to Brigette Thompson, a former member of the study abroad office at Trinity. Thompson gave the vows at Garcia’s wedding in 2016, and Stepanenko was a bridesmaid.

Today, Garcia is a newly elected member of the Trinity Houston Alumni Chapter and enjoys exploring Houston’s restaurant scene with her husband and friends. Her first introduction to living in Houston came following Hurricane Harvey in 2017, when she was deployed to the city with the DHS Surge Capacity Force and provided on-the-ground support to hurricane survivors. Her curiosity and appreciation for the city has only grown, and she also gives back as a mentor for Big Brother Big Sisters Houston.

Looking forward, Garcia hopes to stay with DHS in the long-term and credits the agency as a “dynamic environment” where she never gets bored.

“I feel like I can make a difference here,” Garcia says. “Trinity left me feeling like if you aren’t going to make a difference, then what are you doing? Whatever you do, you don’t have to be the best—but do it well and do it with heart. That is really all that can be asked of you, and so that’s what I try to do.”