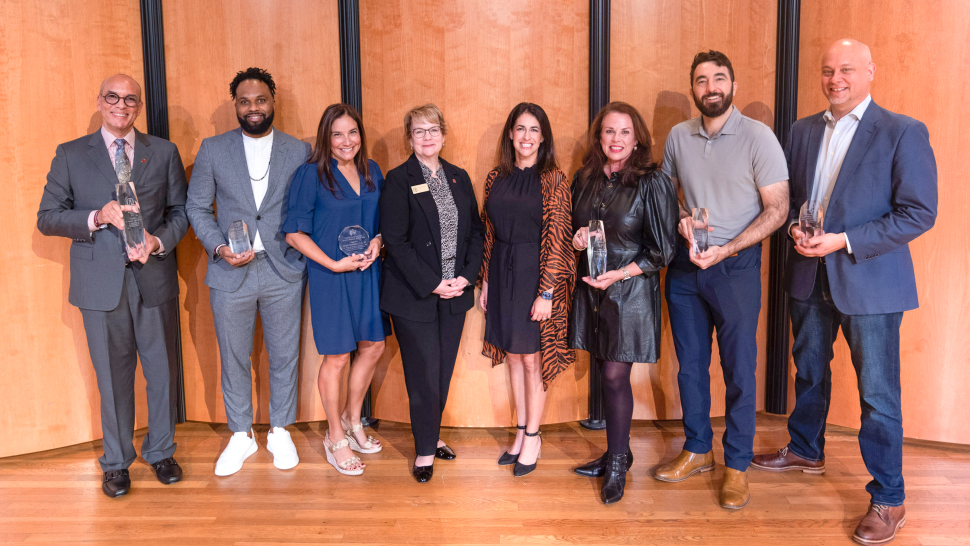 Meet the 2022 Alumni Award Winners
Six outstanding alumni are honored for their contributions to their communities
Emma Utzinger '24
Tuesday, November 1, 2022

This October, Trinity hosted Alumni Weekend, where more than 1,000 alumni reunited with classmates and shared memories. One of the weekend’s events included the Alumni Awards Ceremony, during which six incredible alumni were awarded for their work with Trinity and the broader community.

The Distinguished Alumni Award is the highest award presented by the Trinity University Alumni Association. Candidates will have distinguished themselves through personal or professional achievement. 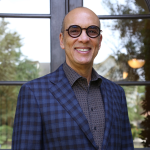 Joseph C. Gathe Jr. '78, M.D., is a board-certified infectious disease specialist who has been in private practice serving Houston, the community where he was born and raised, since 1986. While Gathe has expertise in a wide range of infectious-disease problems, he particularly focuses on those living with HIV. Early in the pandemic, he opened and co-directed one of the largest HIV care units in the world. Gathe advised the Clinton White House on AIDS policy and was awarded a Lifetime Achievement Award by President Biden, J.D.

Gathe went on to receive his medical doctorate from Baylor College of Medicine with honors in 1981. During medical school, he was the recipient of the Alpha Omega Honor Society Award and was recognized as a Henri J. Kaiser Merit Scholar. Gathe completed an internship and residency program at Baylor College of Medicine and was recognized over that period of time as the Most Outstanding Resident in Internal Medicine.

The Spirit of Trinity Award is given to a loyal alumnus/a who embodies what it means to be a Trinitonian. The award recognizes exceptional service to the community or University. The alumnus/a makes significant contributions to volunteer or professional organizations and demonstrates the attributes of Trinity's liberal arts education: exhibiting creativity, purposefulness, and a commitment to improving the quality of their community. 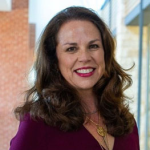 Mary Ullmann Japhet '84 founded Japhet Media in 2019 after an 18-year career with San Antonio Sports, where she retired as the senior vice president of communications and community engagement.

Japhet has shown great dedication to Trinity through her involvement as the former Trinity University Alumni Association board director, a member of the Spurs Sorority Foundation Board, former Spurs Sorority alumni advisor, chair of the TU Business Advisor Council, a part of Trinity’s Venture Mentoring Service, and an Entrepreneur in Residence.

In the wider community, she has served as a board member of the Children’s Bereavement Center of South Texas, The Basketball Embassy, More Than Baseball, the San Antonio Area Foundation Women and Girls Development Fund, and the city of San Antonio COVID-19 Community Response and Equity Coalition Education Workgroup. Japhet has also been a member, former chair, and served on the board of directors for the San Antonio Mayor’s Fitness Council.

Beyond her significant service to the University, Japhet’s career and volunteer activities have been largely focused on efforts to improve the lives of women and girls, encourage fitness within the community at large, and bring focus to the role of sports in our lives.

The Outstanding Young Alumni Award is given to young alumni whose achievements in their profession or chosen field and/or in service to the community set a standard of excellence worthy of recognition by the University and the Alumni Association. 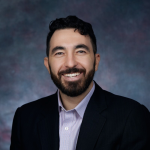 Along with his work with MTB, Wolf is also the co-founder and CEO of MindReady, an organization that provides athletes everywhere access to efficient and effective mental skills, as well as coaching to assist in the performance, recovery, and development of athletes of all ages, sports, and skill levels.

Wolf was also an outfielder for the Israeli national baseball team from 2018 to 2019. “Qualifying as a Jew and as an Israeli was important to me, and it sends the identity of Jewish and Israeli baseball around the world,” Wolf said.

The Tower Awards recognize alumni who have maintained a commitment to connect with and improve their alma mater or made a significant contribution to their field, profession, or greater community. 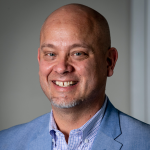 Tom James '90 serves as Spurs Sports & Entertainment (SS&E)’s vice president of communications. During his tenure, James has helped turn the Spurs into an iconic brand while experiencing five NBA Championships, 11 trips to the Western Conference Finals, and 28 playoff berths.

Shortly after graduating from Trinity, he landed a full-time position with the Spurs, spending one season as the team’s broadcast assistant before being named the Spurs' media services manager in 1991. In 1994, he became the Spurs' director of media services, and in December of 2019, he was named SS&E’s vice president of communications.

He also oversees all communications for the operations of the AT&T Center and Toyota Field, as well as SS&E's community initiatives through its official nonprofit, Silver and Black Give Back. James has also facilitated countless internship opportunities for Trinity students with the San Antonio Spurs. 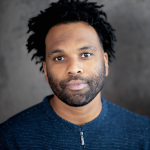 Caz Harleaux '02 is an actor, voice-over artist, and writer who has worked with FOX Sports LA, Taco Bell, AT&T, and World Wrestling Entertainment (WWE). Additionally, he is active both in San Antonio and worldwide with fundraising and volunteering. Harleaux is currently raising funds to assist Moldova with the influx of Ukrainian refugees and is involved with Tree People to plant trees on several continents and replant indigenous trees on islands in Hawaii. He is also a volunteer and donor with the local and national Food Bank. Harleaux serves as the editor-at-large for Off the Bench magazine, where he has published several “Peace Pieces”—a series of thought pieces focused on peace, its function, and our role in maintaining it.

In addition to a degree in communication from Trinity, Harleaux has certificates from Harvard University in speech communication, rhetoric and religion, and conflict and peace. He received the Presidential Award of Excellence as a senior at Trinity and multiple professional awards and nominations, including the Ovation! Award for his work in The Color Purple and a nomination for the NAACP Theatre Award. Harleaux helped design and serves as a mentor in the Trinity University Legacy of Excellence Mentoring Program. He is the voice of Thursday Night Football.

Harleaux has served in multiple leadership programs as a Trinity alum, including the Legacy of Excellence Mentoring Program, Alumni Leadership Academy, and the Trinity Mentoring Focus Group. He also served as the moderator of the 2021 Trinity University Leadership Academy.

The Fraternity/Sorority Life Alumni Adviser of the Year Award recognizes outstanding service to a Trinity University fraternity or sorority by an alumnus/a who has served in an advisory capacity. 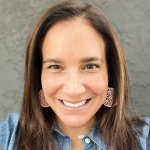 Angie Cox '97 is the dedicated alumni adviser for the Spurs Sorority. Each year, with the election of a new Spurs executive council, Cox begins to coach her new student leaders. She provides encouragement and support, lends a listening ear and a shoulder of comfort, and challenges her students to try harder. She knows many of the actives individually and serves as a confidante and mentor to all who seek her out.

Cox is a constant source of best practices and is the backbone of the team of Spurs advisers. She questions the why and the how of club events and of cultural norms, and she strives to connect current activities to alumnae in whatever way she can. Cox knows the sorority’s constitution and history back to front and always keeps the women of Spurs focused on their values. She even helped the sorority craft its orientation calendar for success during a time of uncertainty. Cox truly embraces the idea that Greek Life is stronger when all of the clubs are strong, and she is the first to help those who ask.

Angie Cox has two degrees from Trinity, both her undergraduate and her Master of Arts in Teaching. She went on to be a teacher, and now, she focuses on supporting and leading her children.