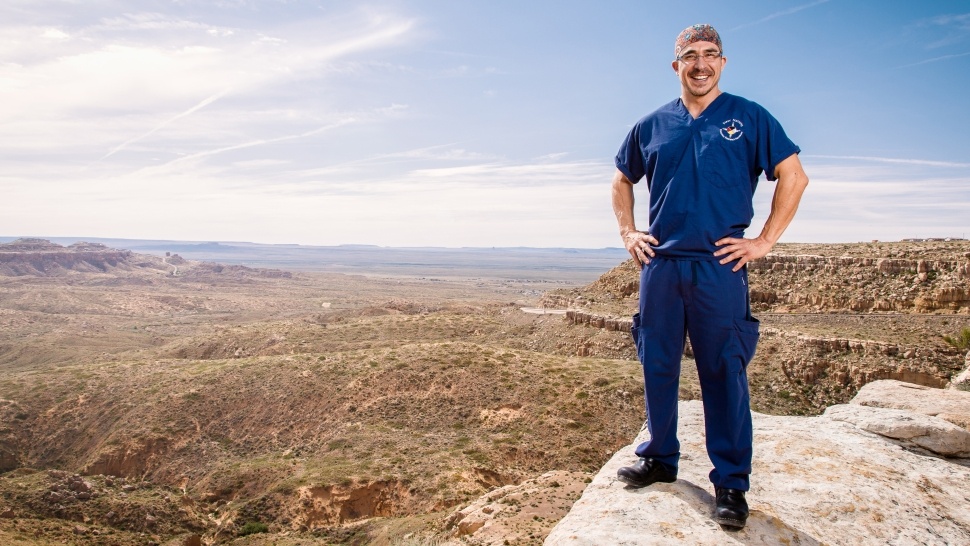 As an undergraduate musing with friends in Herndon residence hall about a future with the ideal job, Keith Goss dreamt about combining a passion for medicine with his interests as a “closet anthropologist.” To achieve the best of both worlds, Goss decided to become a surgeon serving the developing world.

Today, Goss is the division chief of podiatry at the Tuba City Regional Health Care Corporation (TCRHCC) in Tuba City, Ariz., and the residency director of the First Nations Podiatric Residency Program. Goss is the only rear foot reconstruction surgeon to exclusively address diabetes. He is also the sole podiatrist in the United States to do both above- and below-the-knee amputations.

Over the course of his career, Goss has worked tirelessly to save patient’s limbs and avoid amputation.

“From the Navajo perspective, the foot is the first thing that comes into contact with the Earth,” Goss says. “It’s your communication with Mother Earth, and for some, it’s unimaginable to lose their feet, as it’s almost like abandoning your mother.”

“When I came here, I surrounded myself in the culture,” Goss says. “There can be an imperialist Indian Health Service mentality, so I started developing relationships and did everything I could to enrich myself.”

Since moving west 10 years ago, Goss has participated in everything from weddings and funerals to pow-wows and local ceremonies. He has a Navajo family and proudly displays pictures of his Navajo children on his hospital ID badge.

Goss says that his understanding of Native American culture and his community relationships offer a rich dimension to the medical care he provides.

“It adds so much texture and depth to the experience of caring for this community,” Goss says. “Knowing the tribe, their predilections and their interests, their historical trauma, it really helps me best communicate with them.”

Working in seven different facilities, only two of which have operating rooms, Goss travels constantly. In addition to vascular surgery, he also covers lower extremity traumas, deformity correction, orthopedics, and limb lengthening, salvage, and reconstruction. He primarily works with the Hopi and Navajo, both tribes that are genetically predisposed to diabetic limb disease.

The main contributors to diabetes in the Native population are the poor quality of available food, a high cost of fresh produce partnered with rampant unemployment, a shortage of electricity and running water, and a lack of cultural healthy eating habits.

From the beginning, Goss’ goal has been to create local, effective, and timely care for Native Americans. At TCRHCC, Goss and his team have developed a medical home where they use advanced wound healing modalities and work with nutritionists and primary care doctors to save lives in a sustainable manner.

To accomplish this, Goss established the First Nations Podiatric Residency Program, an advanced surgical reconstruction program. Goss’ residents, all Native American, are trained on the reservation and are helped to secure job placement within the reservation system. Goss also works with the admissions department at Midwestern University in Phoenix, where he teaches as an associate professor, to recruit Native American students. Residency at TCHRCC is quickly becoming the most popular residency in the region.

Goss says that there is a lot of historical trauma surrounding the Indian Health Service and actively works to make TCHRCC a hospital where care is friendly and laughter flows freely.

“With the ability to laugh and joke, that’s when you become a real person to them,” Goss says. “When a physician gets involved in their life, they are almost like family, which is the only unit that many Natives truly understand.”

Currently, Goss is working on a joint venture to open a major surgical center exclusively for Native American care in Flagstaff, Ariz. He is also heavily involved in franchising the TCRHCC Podiatric Medical model to other Indian Health Service and tribal facilities in the United States.

Additionally, Goss has brought his passion for serving the developing world to Eritrea, a small country on the Horn of Africa, where he worked with Physicians for Peace from 2004 to 2010 doing limb reconstruction and aiding the victims of landmines and ballistic injuries. After Americans were ousted from Eritrea in 2010, Goss says he is thankful that the United States will always guarantee health facilities to Native Americans as a human right established under treaty law.

With national support, Goss’ work in northern Arizona and New Mexico has fulfilled his dream of building a sustainable health care program in the developing world.

“I’ve seen great changes happen in the last ten years,” Goss says. “Working towards my goal has been so much fun and the most rewarding aspect of my professional career.” 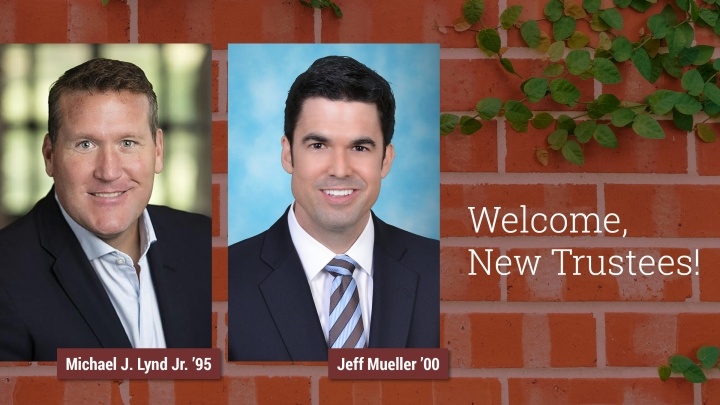